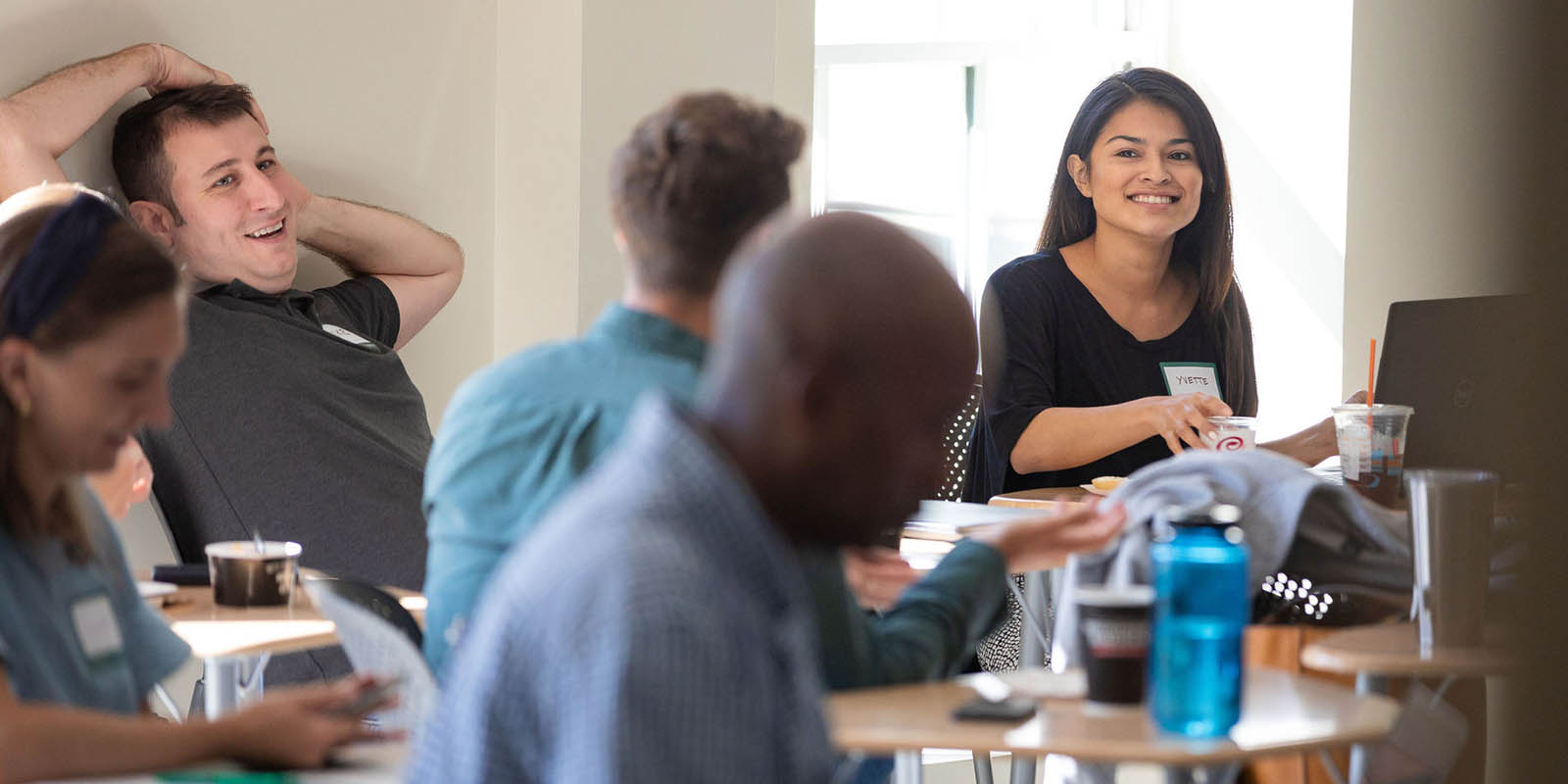 “The goal right now is to do something unfamiliar to you, something new that might feel uncomfortable,” CA history faculty member Kim Frederick announced to a room of somewhat tentative-looking teachers. The object of Concord Academy’s inaugural Summer Institute for educators, which Frederick developed and co-directed with her History Department colleague Topi Dasgupta, was to assist the 15 public and private school humanities teachers who had gathered for four days in August to develop experiential learning curricula for their students. From Excel Academy in East Boston, St. Paul’s School, Milton Academy, and CA, each had come with working plans for a unit of study, which they were eager to run by guest faculty Jeff Robin, a project-based learning specialist and one of the founders of High Tech High, for feedback. The activities on this second day of the institute, however, called them to step outside their roles as teachers and examine their own experiences as learners. “Go,” Frederick joked, sending them off, “be awkward!”

One group tackled a soliloquy and a scene from Macbeth, practicing dramatic techniques with CA English teacher Abby Laber, who five years ago trained to teach Shakespeare through performance at London’s Globe Theatre; she has since, as a result, completely changed her teaching approach to all manner of literature. With a deliberate focus on process, she now employs a series of acting games, movement, and repetition to help her students engage emotionally with the text they are studying.

A second group headed to the dance studio, where Amy Spencer, head of CA’s Performing Arts Department, helped them develop a basic vocabulary of movement; to create shapes individually, using their posture and joints to define negative space, and then to become kinesthetically and visually aware of one another as an ensemble.

The third group assembled in the ceramics studio, where CA ceramics teacher Monica Ripley helped them center their clay and throw their first pots on the wheel. Some laughed, and some grumbled, at their slips of hand and the resulting wobbly vessels, but they eagerly offered each other advice. “How do you know when you’re done?” one asked. “You have to decide whether you want to take it to the end and find your limit,” Ripley said, “or whether you’re satisfied.”

Sharing their work — their scenes, their dances, and their pots — led naturally to a discussion of what it means to be a novice learner, and how they, as teachers, can help students sidestep fear of failure by encouraging exploration and reflection. 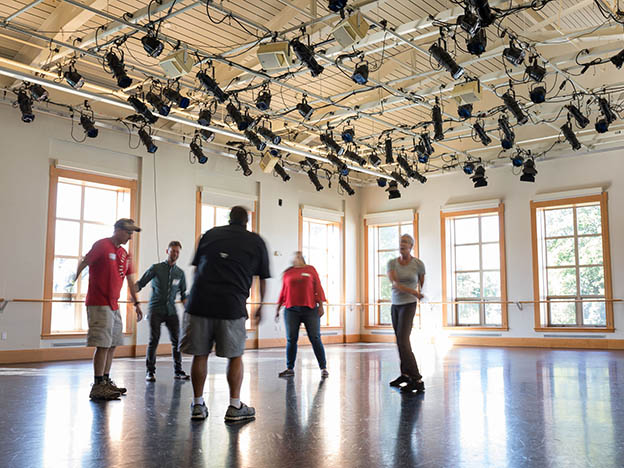 Institute participants engaged in a movement exercise in the dance studio with Amy  Spencer, head of CA’s Performing Arts Department. 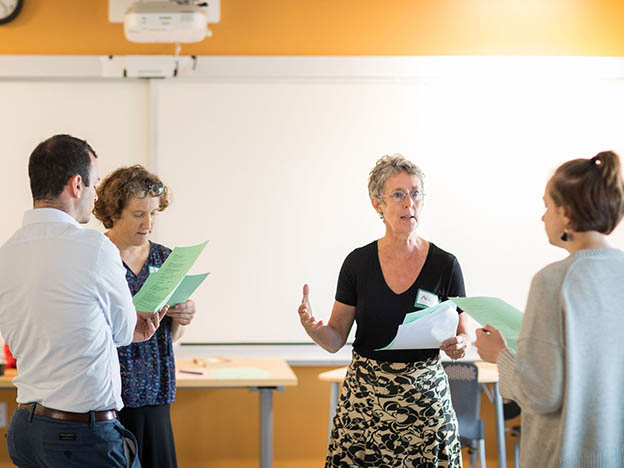 Learning How to Work within Broader Communities

Later that afternoon, in the Anna and Neil Rasmussen Education Center at the Concord Museum, the institute participants bent low to closely examine a set of two objects alongside curator David Woods. They called out observations one by one, of nicks and written marks, and hazarded surprisingly accurate guesses as to the materials from which they were made: bent ash, deer rawhide. When the group’s observations had nearly told the full story, the museum staff confirmed their suspicions: This was a pair of snowshoes that once belonged to transcendentalist author Henry David Thoreau. Crafted in Maine by an artisan from the Penobscot Nation, they had, as the group guessed, been little used.

For teachers in the institute, this exercise was a first-hand experience of a modified approach to Visual Thinking Strategies, a methodology commonly used by art museums, which Suzi Fonda, Concord Museum’s director of education and public programs, trained the staff to use for historical object-based learning. And it was another excellent opportunity to enter the mindsets of novice learners.

Participants also took part in a discussion with the education staff at the Concord Museum about how teachers can more effectively partner with local cultural institutions. Susan Foster Jones, the museum’s manager of school partnerships, emphasized the importance of choosing the right project and of honest and open communication and the pursuit of mutual benefits for teacher and institutions.

At an evening session at the DeCordova Sculpture Park and Museum in Lincoln, Mass., the institute participants explored the current installation with curator Sarah Montross. They took the opportunity to learn how curators approach their work and consider how those approaches might be applicable to experiential learning.

On the institute’s third day, a day trip into Boston and Cambridge brought the group to speak about digital humanities with Robin McDowell at Harvard University’s History Design Studio. “Every kid now is a digital native,” Dasgupta says. “Rather than taking the smartphone away, we’re looking at how to make it a part of the learning process and environment. We don’t want kids to be passively consuming technology. We can change students’ mindsets about what those devices can be used for, and we can help them be critical of what they’re seeing and reading.”

The teachers attending the institute also spoke with a reference librarian at the Boston Public Library about the archival resources that educators can access. Frederick says the participants became more aware of the resources they might find within their own communities. “They got a sense of the range of what’s available,” she says, “and that there’s always a real person to talk to.”

“There are places in our communities where we can activate learning, for ourselves and our students,” adds Dasgupta. “The classroom is an artificial space where students can get disconnected. When they discover different ways to engage in their communities, there’s a real-life goal, a real problem to be solved, a real interaction.”

“These were phenomenal teachers,” Frederick says. “They developed great projects, and that day of experiential learning really set the tone for the working groups considering their own projects.” 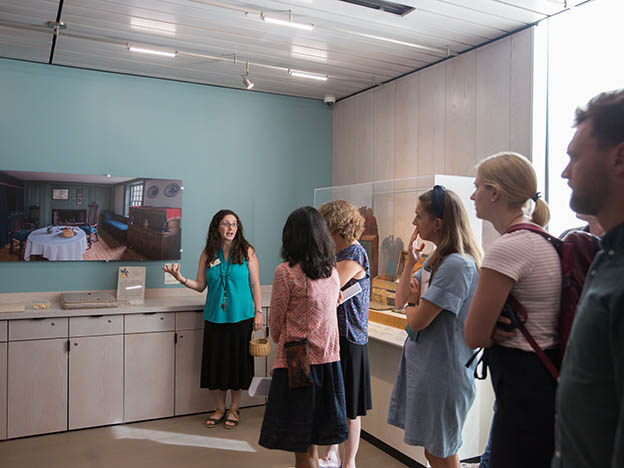 Jenny Gratz, Concord Museum’s manager of student, group, and family learning, discussing object-based learning in one of the museum’s galleries. 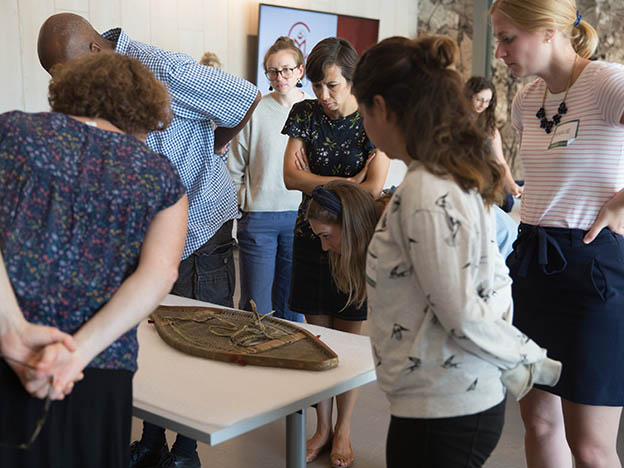 Different Learning Environments, and a Range of Projects

Gathering teachers from many different humanities disciplines, the institute was designed to focus on interdisciplinary, collaborative learning. “That’s the student experience,” Dasgupta says. “Why should we silo our knowledge as educators? We want to be student-centered in our learning, to develop creative thinking through real-world, problem-centered practice.”

The projects the participants brought to develop together were as diverse as their areas of specialty. One teacher from Excel Academy, for an economics class, wanted to assist students in interrogating graphics that represent the economies of different countries. Another planned to ask students to journal as characters from a book they’ll read in Spanish, then develop skits to enliven their learning of the language and culture. A teacher from St. Paul’s was at work on a virtual exhibit of the material culture of the African diaspora, one whose artifacts, in order to bypass problematic cultural categories, would be organized by sensory experience.

Dasgupta notes that much of the discussion among educators attending the institute centered around themes that permeate Concord Academy’s revised mission statement: love of learning, inclusiveness, equity, and global citizenship. “This is not about passive learning,” she says. “It’s about making connections, having conversations, asking the hard questions — doing that with a view to world impact and also considering how to bring the world into the classroom. Student-centered knowledge creation is about voice and choice. That’s what we want to activate in the classroom, and it’s how we want citizenship to work.”

There was also considerable discussion about how demographics and conditions — such as class size and the proportion of students receiving social services — varied greatly among the schools represented at the institute. What does student-centered learning look like, the participants asked, in less advantaged environments? One answer, they concluded, was being able to connect the context of students’ lives — and the forces that have shaped them — to the materials at hand.

“That was a commitment from the donors who enabled this institute,” Dasgupta says. “They gave us the opportunity to think about that kind of exchange, and how to build institutional partnerships.” 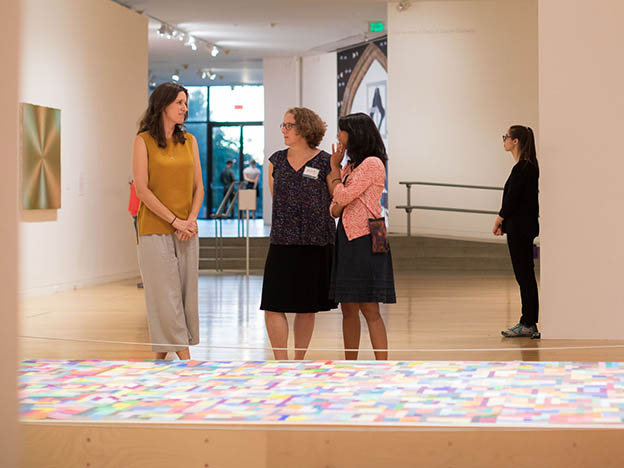 Sarah Montross, curator at the deCordova Museum with the co-directors of CA’s Summer Institute. 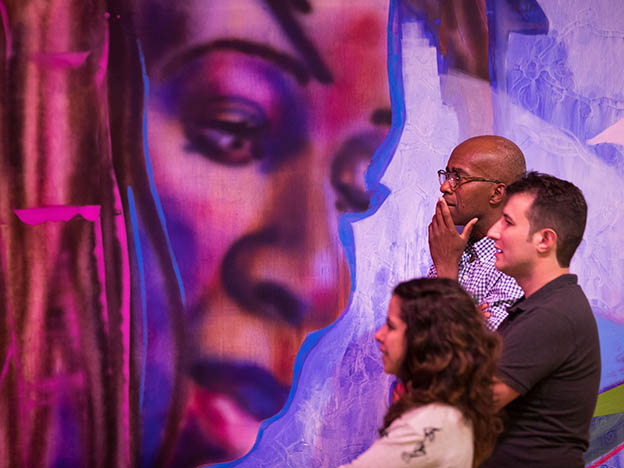 Institute participants at the deCordova Museum.

Looking Ahead to the Next Summer Institute

Generous gifts from members of Concord Academy’s class of 1968, in honor of their 50th reunion in 2018, made this institute possible. They will also fund a second annual institute in the summer of 2020. Frederick and Dasgupta are excited to expand the disciplinary focus beyond the humanities and open attendance next summer to teachers in all subject areas.

The work this first cohort began will continue throughout this school year, too. The educators plan to connect monthly online, then again in person in the winter. They aim to build a network of educators committed to dynamic learning pedagogy, as well as to document their lesson plans, hosted by Athena, as a resource for the next cohort.

“Teachers do so much work, and then it’s gone,” Dasgupta says. “For other professions, there’s a way to capture and utilize that. Our aim is to archive what we can and keep it dynamic.”

Frederick is considering how to work in more assessments in the future. “But I’ve been wanting to make this happen for about six years now,” she says. “It’s been a long time planning. It’s great to finally be in the tinkering stage.”