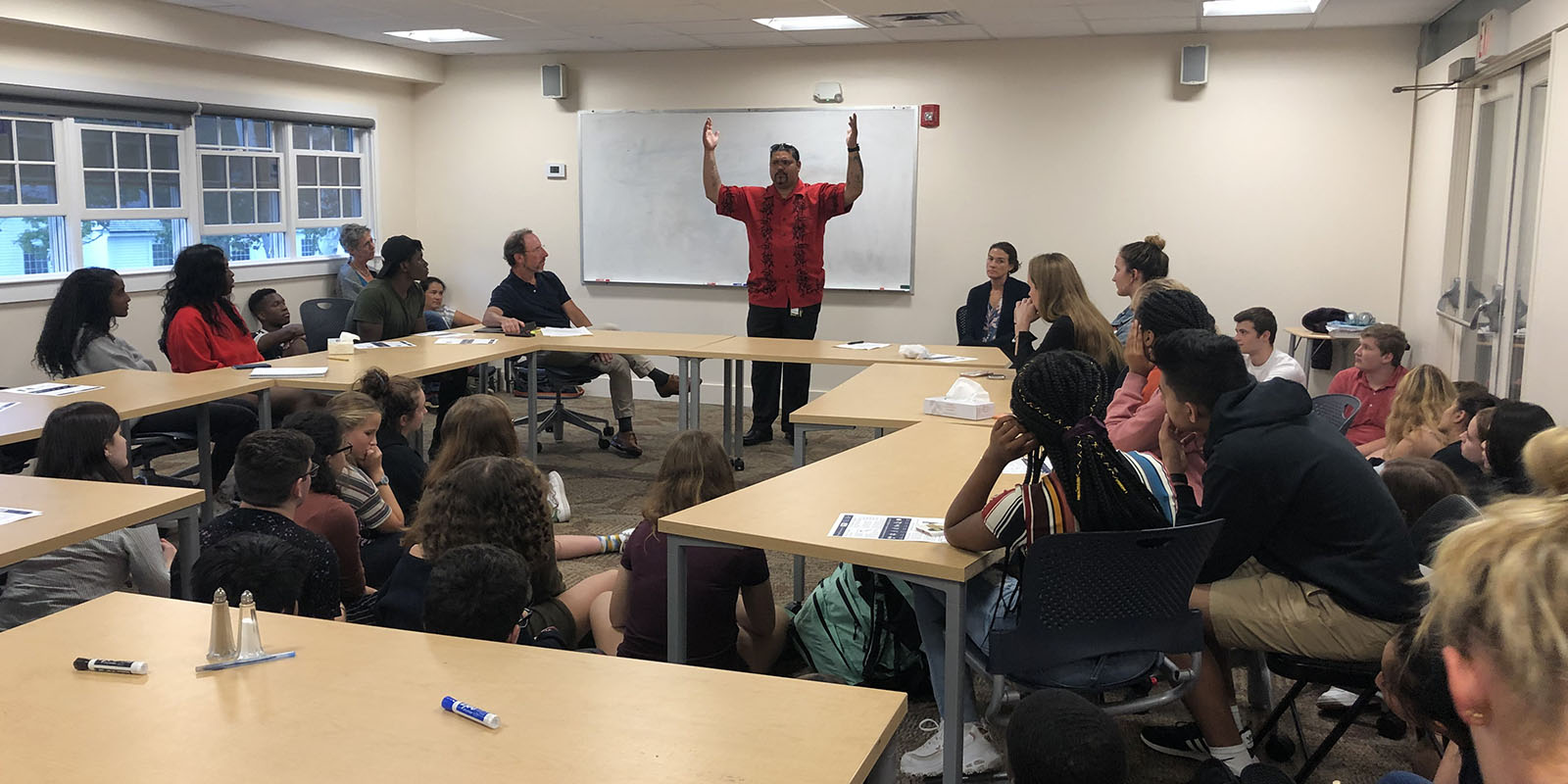 Wood described the problems of witness testimony and police and prosecutorial misconduct that led Omar Martinez to find himself serving a life sentence for a crime he didn’t commit. At the age of 19, Martinez was asked, after a seven-hour interrogation and without a lawyer or parent present, to sign a confession in English though he didn’t speak the language. Martinez signed, not knowing what the document said but hoping it would get him out of trouble.

Martinez spoke movingly about his feelings of abandonment in prison, how his first lawyer failed him, and how the interpreter assigned to his case neglected to interpret the legal proceedings fully and assumed his guilt. When Wood began to represent him, he said, he first started to have some hope.

After Martinez described his incarceration and emotional struggles upon release, students had an opportunity to ask questions. One asked about his first day in prison. Martinez said he was placed in a cell with a man who confessed to murder in a crime related to the one that he, Martinez, had been accused of, making him a suspect in the crime for which Martinez was sentenced. He didn’t sleep for 72 hours for fear of his cellmate.

Students asked what rights he had to a competent interpreter (none) and whether the prosecutor who withheld evidence from a witness who could demonstrate Martinez’s innocence had faced any consequences (no).

Wood and Whitmore both emphasized the widespread problem of false confessions, the cause of Martinez’s incarceration — one of several factors contributing to wrongful criminal conviction, which this day of awareness was established to make more visible. Resources developed by the Boston College Innocence Program, the New England Innocence Project, and the CPCS Innocence Program (from the Committee for Public Counsel Services, the Massachusetts state agency tasked with providing lawyers to people who cannot afford an attorney) educated students about steps they can take to make their voices heard about this issue. 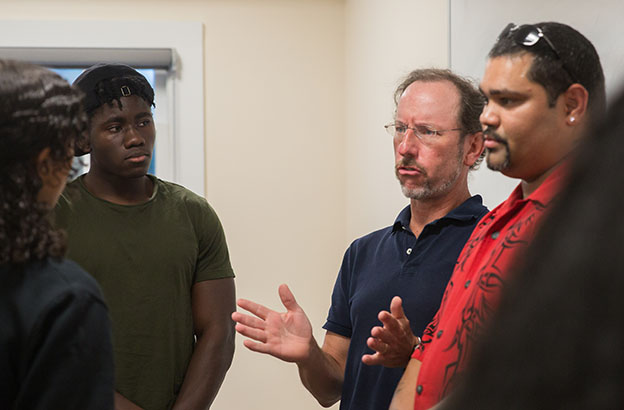