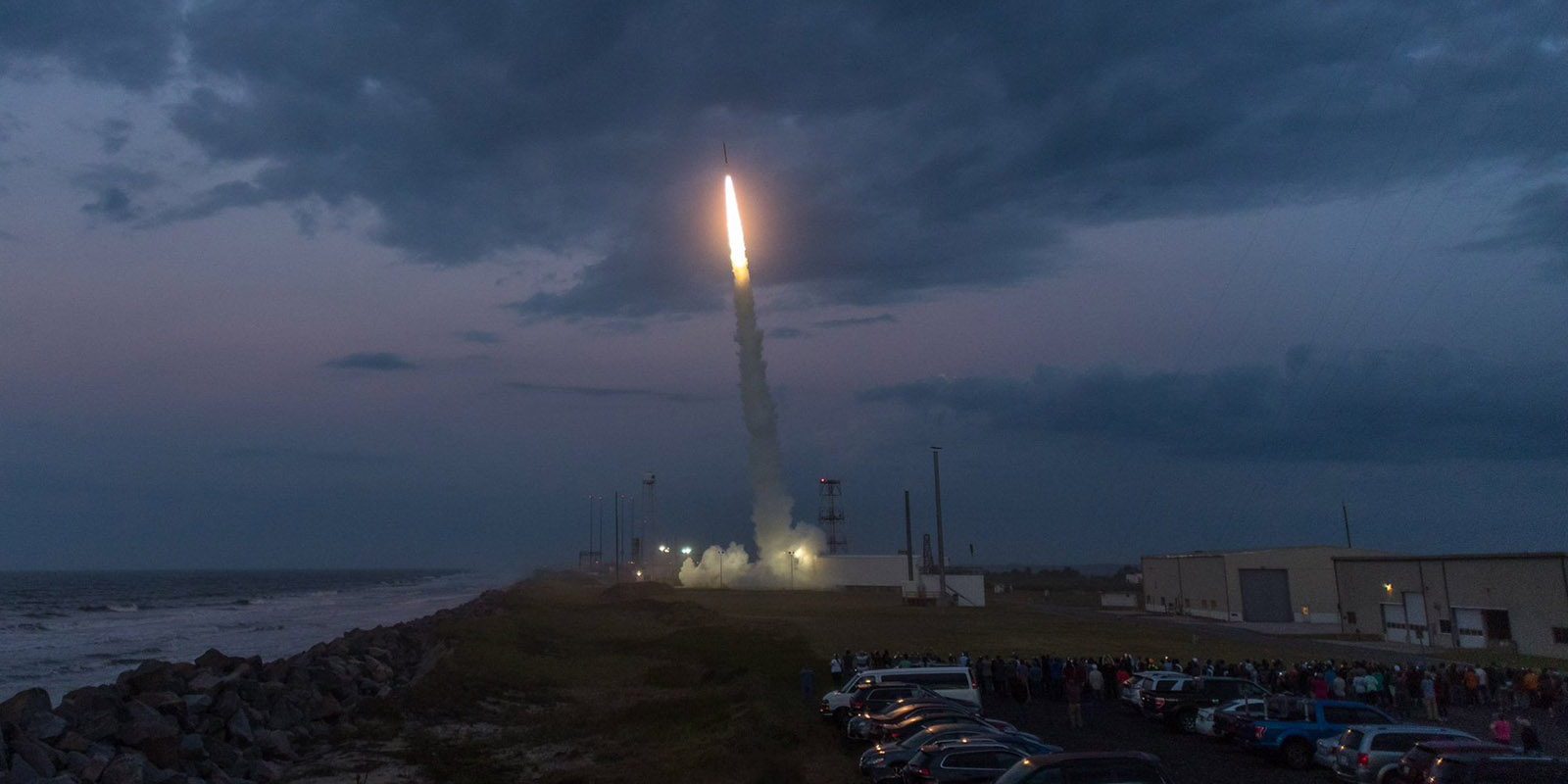 In its first year, a CA club for student inventors reached new heights — literally. The scientific experiments proposed by Spark co-head James Gow ’20, with the support of his fellow co-head Connor Dayton ’20, earned coveted spots aboard a NASA sounding rocket and zero-pressure research balloon through the Cubes in Space program, a global competition for students aged 11 to 18 to design and propose experiments to send into space or a near-space environment.

Cubes in Space received thousands of entries from more than 30 countries. Only 60 experiments were selected to fly in NASA’s Terrier-Improved Orion Rocket, which launched in June from the Wallops Flight Facility in Chincoteague, Va. James and Connor traveled there, meeting NASA engineers, and teachers and students and their families from as far away as Brazil and Ecuador. “It was a truly international conference for the students,” James says.

At the Student Exhibit Expo at Wallops, participants presented their experiments before more than 350 students, teachers, and NASA officials. Setting out to discover whether exposure to radiation and microgravity affects seed germination and growth, James and Connor then watched the rocket carrying their seeds from green beans, red beans, and corn blaze into space.

James collected data from that experiment over the summer and has been analyzing it this fall. His preliminary observations suggest that the exposure to space radiation stimulates seed germination. The seeds sent into space germinated faster than control seeds on Earth — one corn seed even germinated after just one day. However, exposer to space radiation has also stunted the growth of the seeds used in the experiment; some wilted without apparent cause. James will continue to closely analyze the data that Spark collected. 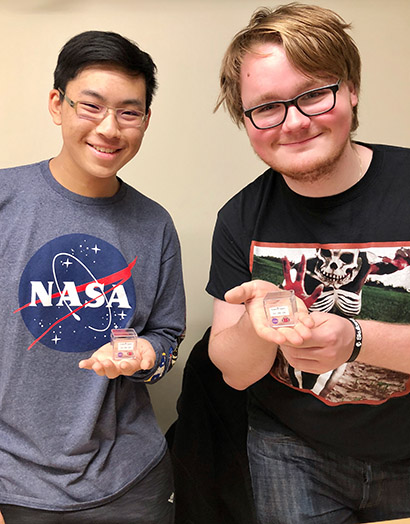 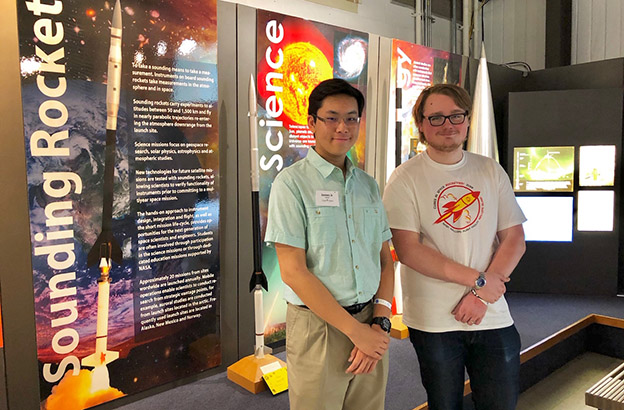 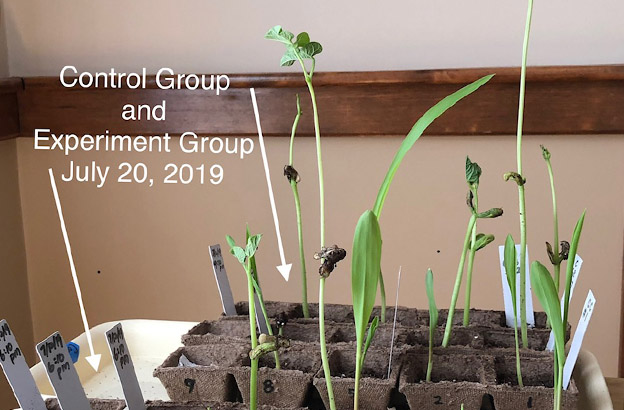 The second experiment that Spark conducted through the Cubes in Space program hypothesized that data on USB drives exposed to radiation and microgravity would not be distorted when kept in solid-state storage. After more than a month of waiting for favorable launch conditions, the research balloon — an impressive vehicle as large as a football stadium and as tall as the Washington Monument when fully inflated — launched on September 23 from NASA’s Columbia Scientific Balloon Facility in Fort Sumner, N.M. Aboard the balloon, which rose as high as 125,235 feet, was Spark’s experiment, along with 99 other experiments from Cubes in Space. James and Connor are involving current members of Spark, and recruiting new ones, to help analyze the data from the research balloon.

This Wednesday, September 25, at 4 p.m. in the Upper Stu-Fac classroom, Spark will host the first presentation in a SparkTalk speaker series. Officials from the United States Patent and Trademark Office (USPTO) Dominic Keating, USPTO director, and Jesus Hernandez, a patent attorney, will present a Patents 101 webinar.

In addition to the Cubes in Space program, during the 2018–19 academic year, Spark club members took part in the Google Science Fair, Toshiba/NSTA ExploraVision Science Competition, and the Massachusetts State Science Fair. James and Connor describe the club’s mission and goals thus: “Stay curious; be innovative! Solve the world’s problems, one invention at a time.”

View the launch of the NASA sounding rocket containing the Cubes in Space experiments below and the research balloon launch here.