In Her New Role as Concord Academy’s Interim Head of School, Sarah Yeh is Leading the School She Loves, Drawing on her Administrative Experience and Dedication to Teaching

When Sarah Yeh P’24, Ph.D., assumed the role of Concord Academy’s interim head of school on November 2, she put her experience as associate head, dean of faculty, and passionate teacher in service of this school, to which she is deeply committed. “As we get through the pandemic, I am prioritizing providing a safe and successful school experience, keeping our community whole, and supporting our common love for CA,” she says. In this time of national and global disruption, Yeh is placing emphasis on staying true to the school’s mission, and in particular on “the commitments we’re making as an institution to ensure that equity, inclusion, and justice are centered at CA,” she says. “We will continue to do that work even as we’re putting up tents and figuring out physical distancing.”

CA has been part of Yeh’s life since long before she arrived as a history teacher in 2008. Her mother, Mary Clark ’65, attended Concord Academy for three years while Yeh’s grandfather was rector at Trinity Episcopol Church down the street. Though her mother finished school in Switzerland after the family moved, Yeh says, “she told us Concord had been the best educational experience of her life, and she’d bring us to campus and talk about how Mrs. Hall’s leadership inspired young women to take charge of their lives and futures, and about her favorite teacher, Sylvia Mendenhall. I grew up in different places, but my mother’s childhood was here, and when I saw a history opening at Concord Academy, I decided to check out this mythical place for myself.”

On the day she interviewed, Yeh says it was clear that CA was an institution she could believe in — not only because of the “curious, engaged, intellectual, fun, and kind” students she describes but also because of the respect she has for the central role chapel talks play in the life of the school and the emphasis the CA community places on listening to young people, for adults as well as students.

Yeh has since demonstrated her love for CA in countless ways, on innumerable committees and in leadership positions. Still active in the classroom, she has taught courses on the Atlantic world, medieval and early modern Europe, early America, Ireland, and the Caribbean, among other topics in history. As head of the History Department and William M. Bailey Chair from 2014 through 2017, she capitalized on the school’s desire to give reign to individual teachers’ passions and strengths and its openness to thinking about what students really needed in terms of developing skills. “History is not about memorizing and facts but about how to dig into the sources,” she says. “Teaching one master narrative didn’t feel true to us as historians, and we moved into a wonderful, transformative phase when we decided to step away from survey courses and textbooks, to allow students to think about how they wanted to study history, focusing on skills and primary sources.” 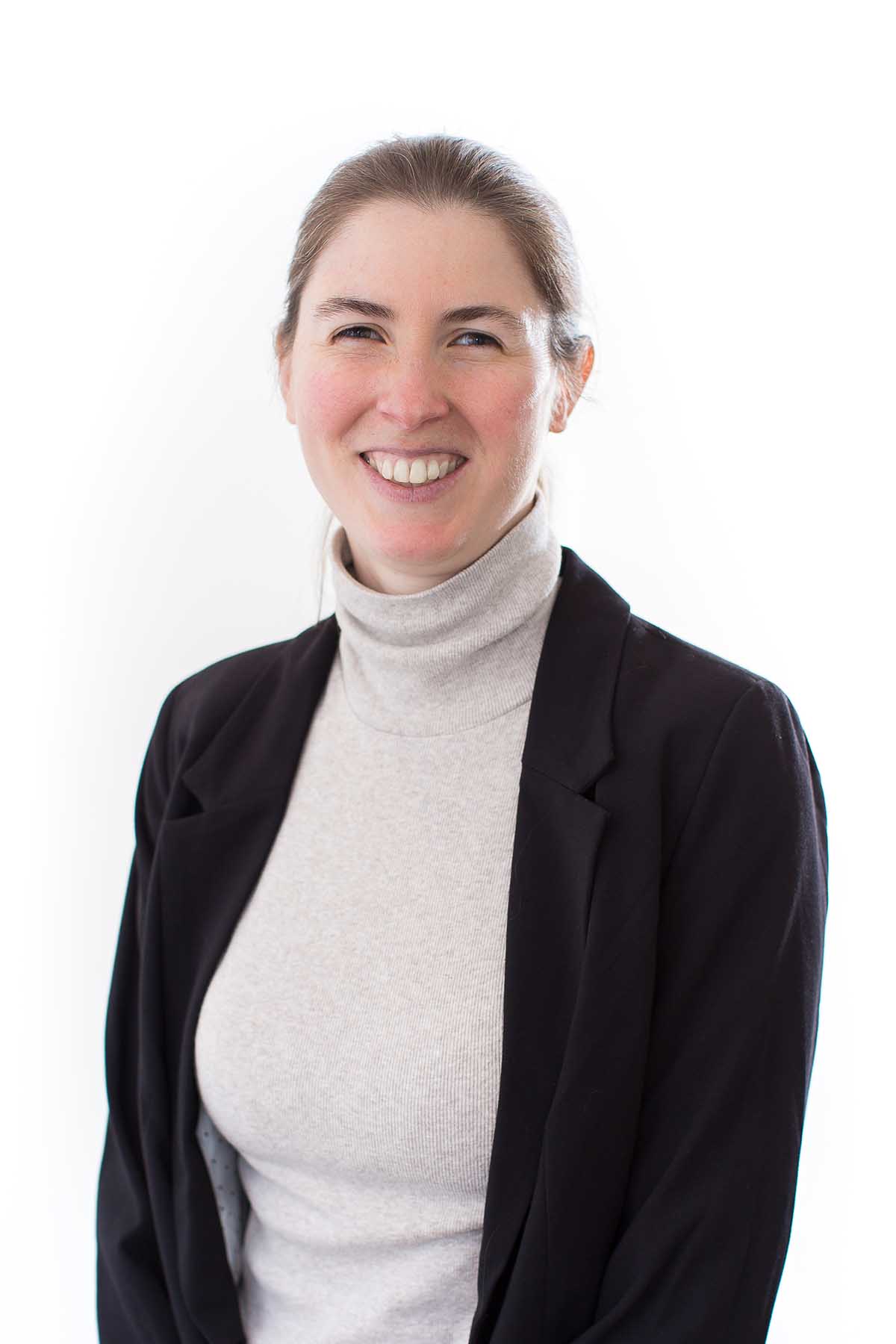 “As we get through the pandemic, I am prioritizing providing a safe and successful school experience, keeping our community whole, and supporting our common love for CA.”

A committed teacher, Yeh calls her increasing responsibilities in the administration — she began serving as the dean of faculty in 2017, before she was also named assistant head of school in 2019 — “a testament to CA” and her love for the school. Though becoming an administrator really hadn’t been her aspiration, Yeh took this path out of a desire to help the community she had become an integral part of. “I love talking about teaching, and I feel strongly about supporting my colleagues in their work,” she says, citing her interest in advancing pedagogy and partnering strategically on the direction of the institution. In her work as an administrator, her colleagues have called her “a gifted and affirming listener” and “responsive, humble, open, and collaborative,” and they have praised her “sense of integrity that guides her work” and her “positive (limitless) energy and commitment to relationships, her work, her students, the school.”

Always a teacher at heart, Yeh knew from a young age that she wanted to be in the classroom, and to work with high school students in particular. After a number of family moves when she was young — from Wilmington, Dela., to New York City, Sydney, and Paris — Yeh grew up in Connecticut, where at a large public high school she found challenging classes and teachers who inspired her. She loved performing in chorus, band, and orchestra, and she also loved biology, but she was most shaped by her 10th grade AP American history class, whose teacher wanted his students to think for themselves and emphasized the role power plays in the writing of histories.

Yeh graduated with a degree in history from Harvard-Radcliffe College at Harvard University, where a shared love of choral music had brought her together with her now husband, Kevin Yeh. When she was considering her next steps, given her competing interests in economics, finance, and the foreign service, history — and teaching — ultimately won out. “I loved my high school experience,” Yeh says. “It was so transformative that I knew it was what I wanted to do.” She selected Brown University’s program for its emphasis on teaching, and she says she feels fortunate to have received such strong support from professors who loved to teach and were invested in their graduate students becoming great educators.

After earning her Ph.D. in history, with a specialization in early modern British Atlantic history, from Brown, Yeh taught for three years at Horace Mann School in Riverdale, N.Y. When she and her young family relocated to New England to be near relatives, her path led her back to Concord Academy. The qualities with which she describes a CA education — ”a culture of mutual respect and encouragement to really understand yourself and others, to take risks and try new things, to speak up and seek partnerships and relationships, and to work together to accomplish something greater than what you would do on your own” — infuse the student experience.

“By virtue of the caliber of the people who teach here, students are inherently getting an academically excellent education,” Yeh says. Just as importantly, she adds, it’s “happening alongside what is really an education in self-advocacy, independent thinking, and a commitment to community and to looking at the world beyond your own perspective.”

Yeh lives on campus with her husband and two children, Elspeth ’24 and Jeffrey, age 11. Now that she has a child enrolled as a first-year student, Yeh says she has been surprised by how powerful it has been to see her own daughter benefitting from being part of the CA community and the incredible mentorship of CA faculty — even during a year that is anything but normal. “I did not expect how profoundly moved I would be by the admissions tour,” she says. “I see what is special about CA every day walking through these halls, but it was different thinking of my child being a beneficiary of this education. We walked down Makers Alley, and I saw Amy Kumpel engaging her engineering students, and into the MAC, where the students in Chris Rowe’s first-year drawing class were doing incredible work, and where Mark Engerman showed us the different paths through the mathematics curriculum. I’ve talked with him a thousand times about that, but it hit me anew what an incredible opportunity this school offers to young people. The idea that my child could be part of it was inspirational, and I have a fuller perspective and appreciation for this special school now also from a parent’s point of view.”

As much as Yeh is focused on navigating the current challenges of the pandemic, she is also looking ahead, in concert with the senior administrative team, to CA’s Centennial in 2022 and the school’s next century. The goals of the Concord Academy Centennial Campaign, she says, reflect the deepest values of the institution. “The idea of a new performing arts center is not just about a building, not even just about the future of the arts at CA, but also about the cross-disciplinary opportunities for all departments that this new space will unlock and which faculty have been chomping at the bit to bring to life,” she says. “It’s really the future of CA: project-based, interdisciplinary, and experiential learning. We’re already doing some of this with Department X projects and other collaborations, but this commitment will make this type of learning the hallmark of a CA education.”

Equally as important to Yeh is the campaign’s other main investment — in CA’s faculty and staff leadership, and in its students. “In striving for equity, this school’s goals for financial aid are inspiring,” Yeh says. “We have a community that wants to make a commitment to becoming a need-blind institution. It would be an incredible manifestation of CA’s mission, and I believe that together we can get there.”