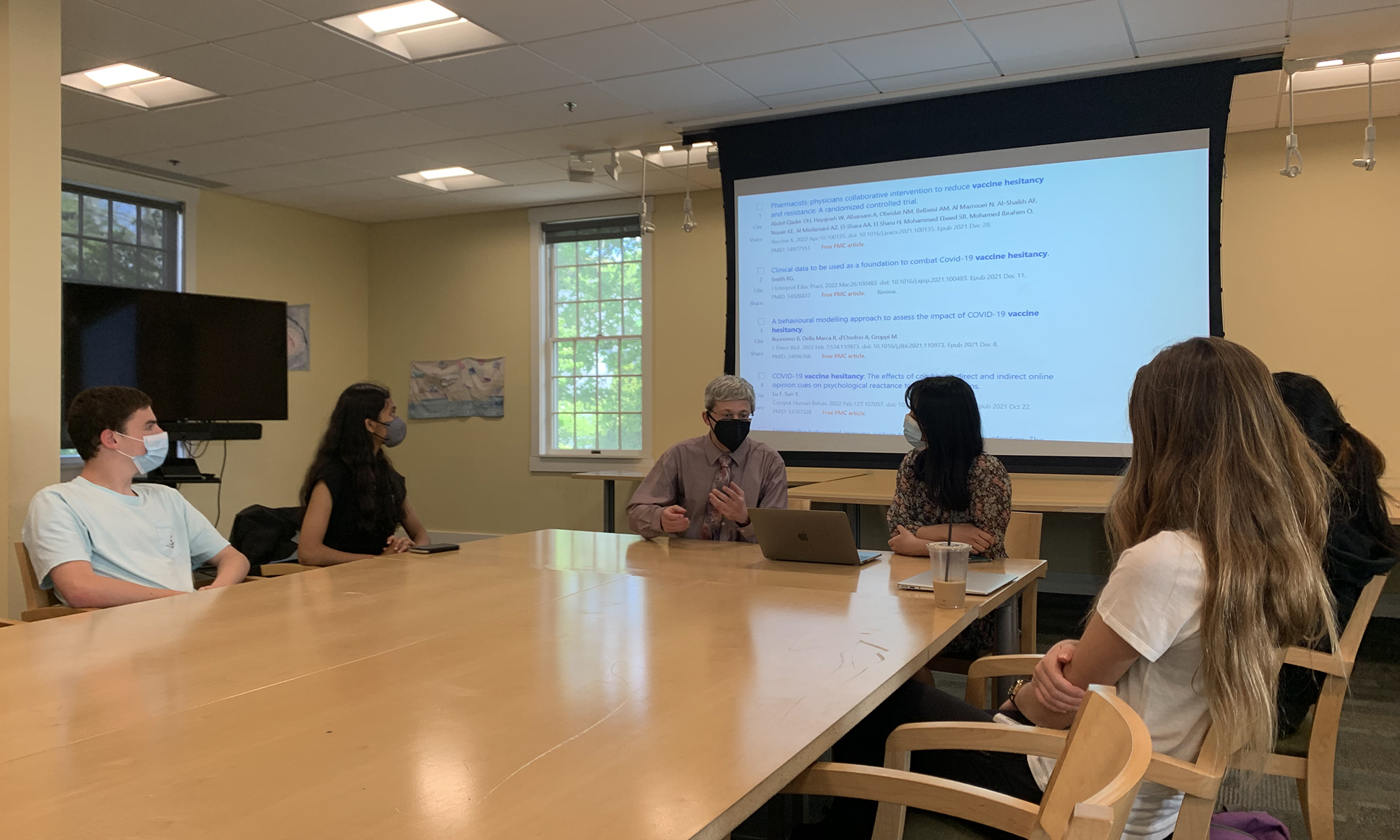 On May 13, the students in Concord Academy’s Medical Club hosted Dr. Michael Siegel, a professor at Tufts University School of Medicine whose research focuses on racial inequities in health and corporate influences on health as well as strategies to counteract them. To a small group of CA students, Joanne Oh ’23, who worked in Siegel’s lab last summer, presented a groundbreaking research paper published in the Journal of Racial and Ethnic Health Disparities that they and other members of Siegel’s lab had co-authored.

As Joanne explained, the research team quantified race-based disparities in COVID-19 vaccination rates at the state level, then investigated disparities across states. Previous research in this area had been conducted only at the national level. This was the first article published in a peer-reviewed journal to focus on disparities at the state level, and its conclusions show that marked racial disparities in COVID-19 vaccination exist throughout the United States, and that their magnitude is strongly associated with structural racism. The paper recommends that efforts to reduce these disparities must go beyond interventions targeting individual behavior.

“Only if you believe structural racism is a contributor can you pinpoint an effective approach to reduce racial disparities,” Siegel said. He invited students to examine the term “vaccine hesitancy”—a phrase that emerged during the pandemic—and its role in shifting blame away from systemic causes onto the individuals being harmed. As Siegel noted, an entire set of factors allow someone to be vaccinated against COVID-19, including availability nearby, child care, transportation, and paid time off work to both receive the vaccine and manage side effects. “If you’re Black,” Siegel said, “you also have the history of medical maltreatment of African American people and the resulting distrust to overcome.”

Employing rigorous statistical methods, Siegel’s team demonstrated a clear association between structural racism and racial disparities in COVID-19 vaccination. “Until she did the research, people talked about this relationship, but no one ever looked at it,” Siegel said. “Joanne actually proved it. Her research shows that we are framing a structural problem as an individual-level problem, because most interventions have been aimed at eliminating ‘vaccine hesitancy.’”

Siegel described his job as both researcher and advocate, and he shares his lab’s research findings with members of Congress who can help to effect legislative change. “Joanne’s research made a difference,” Siegel said. “It’s an amazing accomplishment.”

Joanne plans to return to Siegel’s lab this summer to expand upon this work. 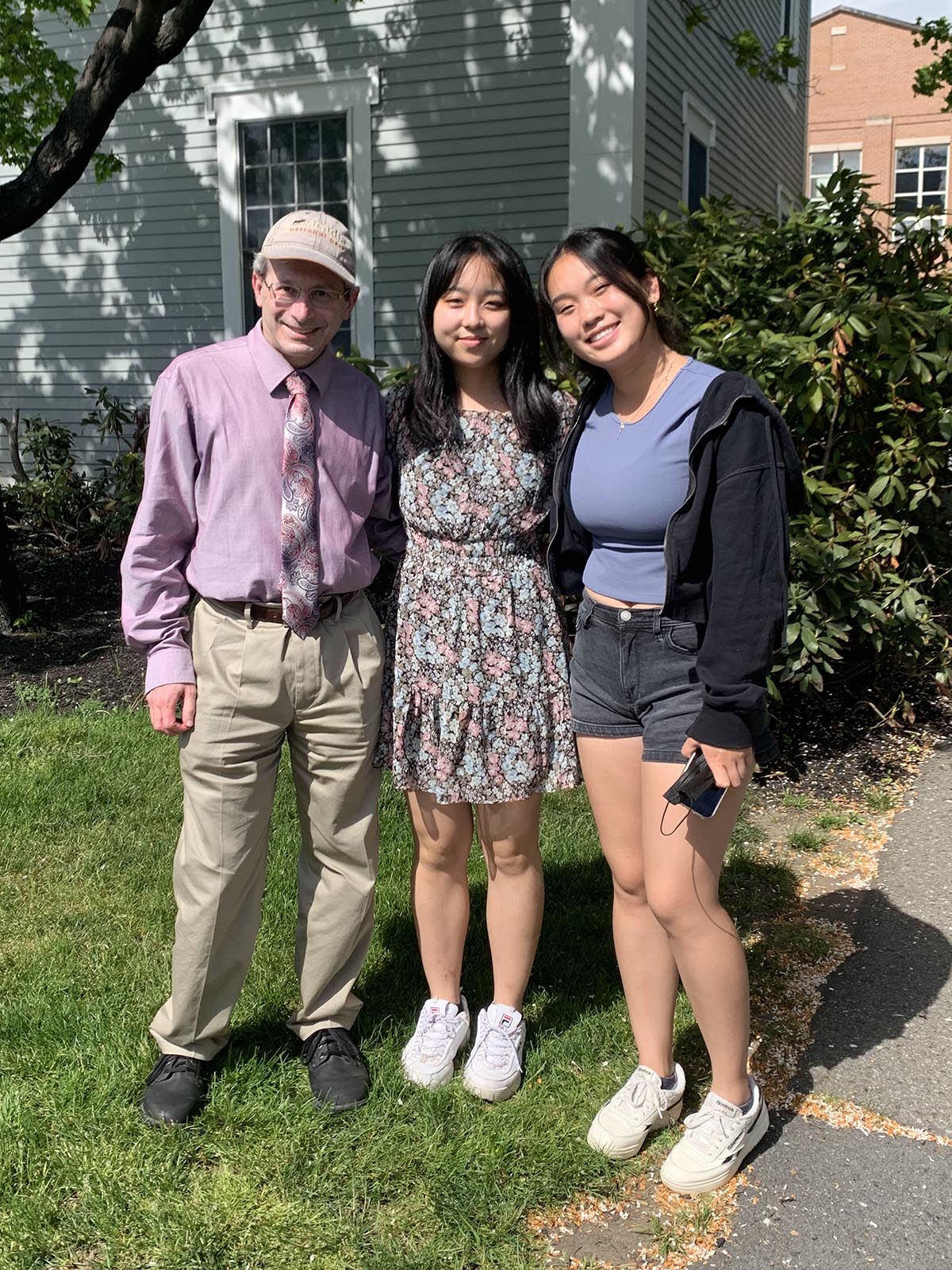 On May 17 and 18, acclaimed dancer, choreographer, and educator Rashaun Mitchell ’96 visited Concord Academy to share his artistry with the CA community. Mitchell gave a talk and demonstration with three collaborators in the dance studio. Several CA students joined him for an improv dance workshop. And in his Hall Fellow Lecture, he shared his personal story, as a late bloomer who started dance training at 15 years old at CA, as a mentor and teacher who has encouraged his students not to fear failure but to use it as a catalyst for growth, and as an artist who works in many forms. 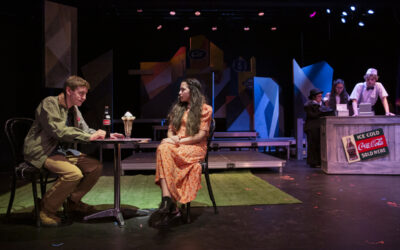 CA Performs The Cradle Will Rock

On April 29 and 30, the Concord Academy Performing Arts Department staged The Cradle Will Rock. Originating during the Great Depression as part of the Federal Theatre Project, the play in music takes satirical aim at exploitative labor and everyone who enables corruption. “What I wanted to hit home with the students, and with this production,” said guest director Sarah Shin, “is that change starts with empathy.”