Through Concord Academy’s InSPIRE (Interested Students Pursuing Internship Research Experiences) program, CA students have opportunities to contribute to ongoing research while working at some of the Boston area’s leading scientific institutions. Over eight weeks this summer, four CA seniors were matched with mentors in their field of interest and gained invaluable hands-on experience in robotics, genomic medicine, and cognitive science. (CA students can apply to take part in the InSPIRE program during the spring semester of their junior year.) The students gave presentations to the CA campus community on September 15. 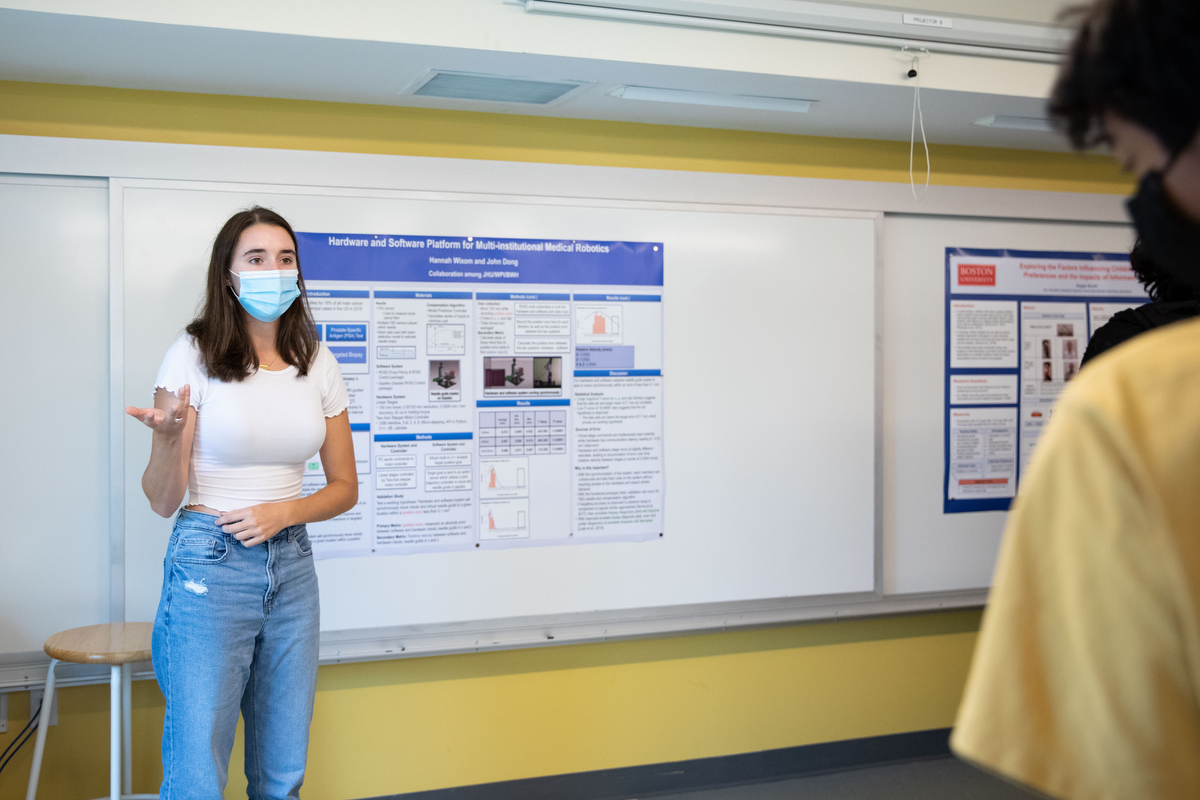 Hannah Wixom ’22 worked in Dr. Nobuhiko Hata’s surgical navigation and robotics laboratory at Harvard Medical School. She helped to develop hardware and software to assist with prostate biopsies, with a goal of improving their accuracy. The team developed sensorized needles that measured insertional deviation and an algorithm to relay that information and enable surgical robots to adjust automatically. The technology is in the early stages and will take several years to develop, though for Hannah, whose grandfather had prostate cancer, being able to contribute to this research was personally meaningful. 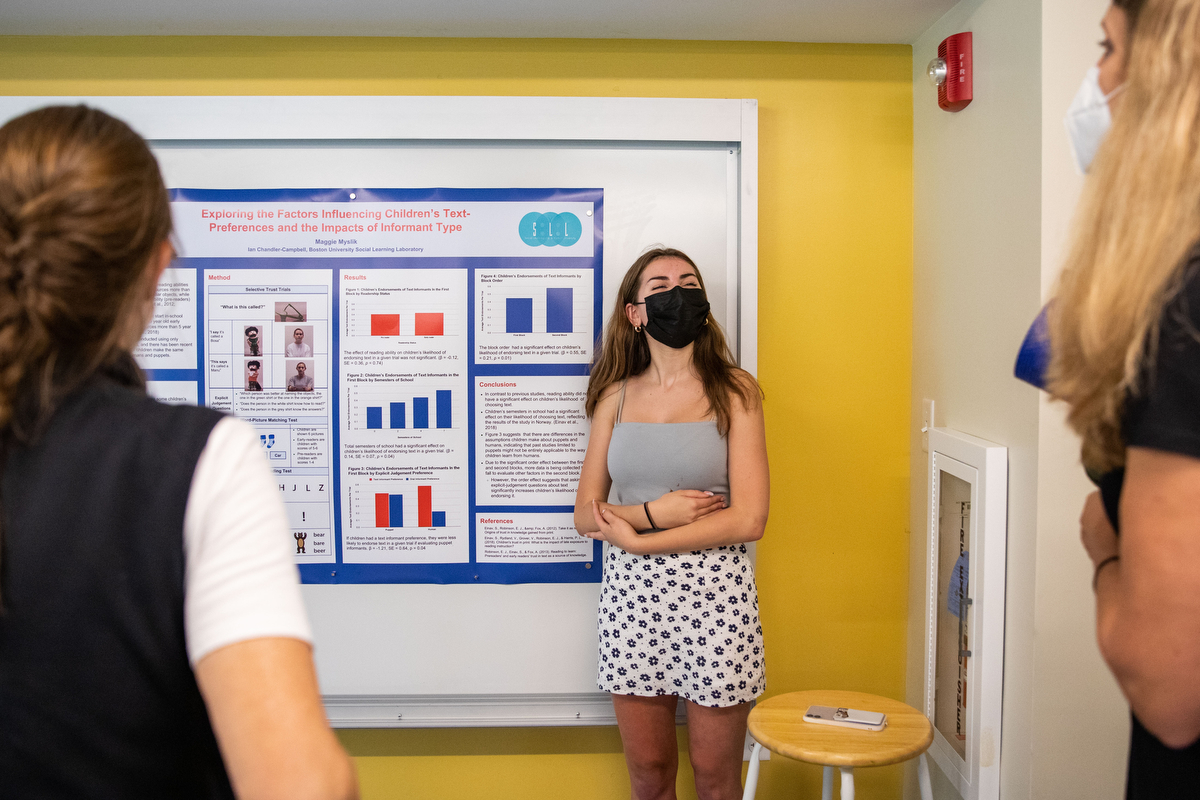 Maggie Myslik ’22 contributed to a team under the direction of Dr. Kathleen Corriveau at Boston University’s Social Learning Laboratory. Her research examined factors that influence preschool- and kindergarten-aged children’s preference for information from text sources over oral sources. In contrast to the results from previous studies, they found that reading ability did not significantly affect children’s likelihood of preferring text; rather, the greatest correlation was how many semesters of school they have experienced. Since most childhood psychology studies have involved the use of puppets, the researchers also examined whether children show the same text-source preference when information is relayed by a human rather than a puppet or doll. Their results suggested that studies limited to interaction with puppets may not be entirely applicable to the way children learn from humans. 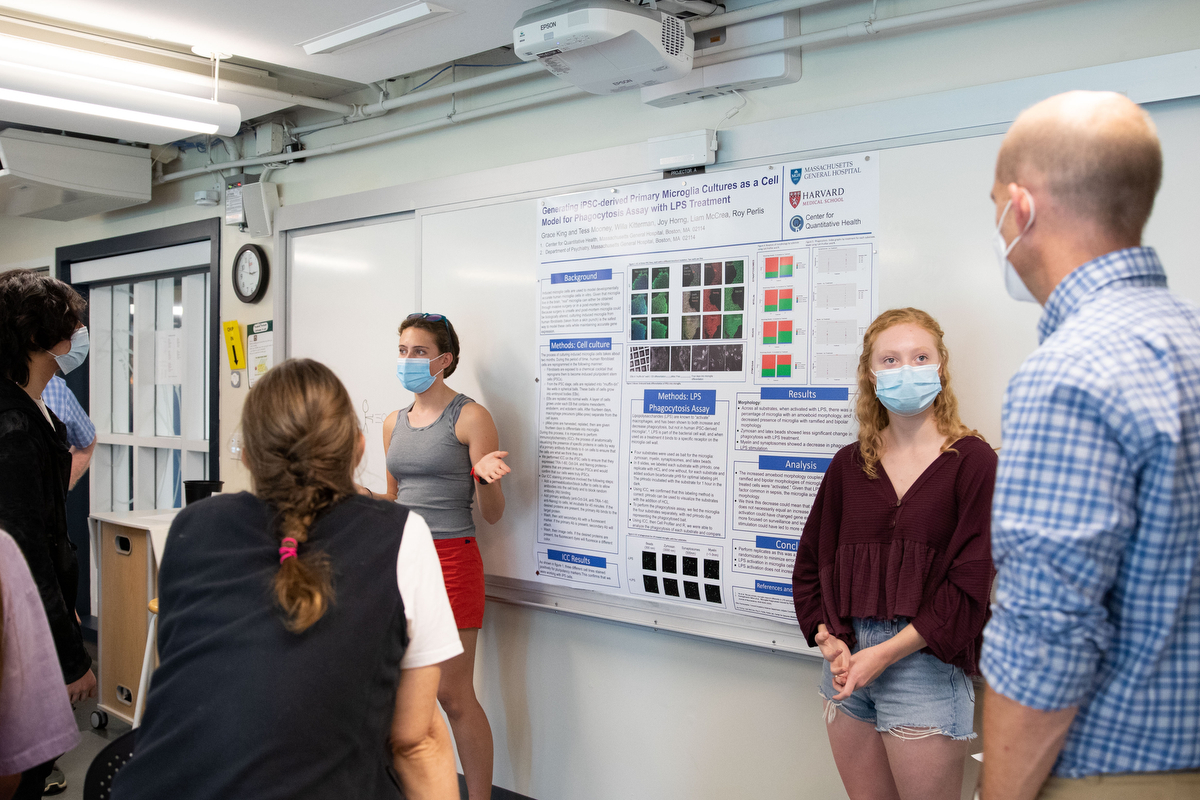 Grace King ’22 and Tess Mooney ’22 were mentored by Dr. Roy Perlis P’22 ’24 at Massachusetts General Hospital, where they cultured induced microglial cells, which are used to model developmentally accurate human microglial cells and model microglia-related synaptic pruning in vitro. Microglia, the primary nerve cells of the central nervous system, are involved in the brain’s inflammatory response. As the brain’s immune cells, they protect against disease, but they are also being studied for the role they play in causing neurological diseases, including schizophrenia. The Perlis lab is studying them to understand synaptic pruning abnormalities involved in schizophrenia and to identify novel treatments. In her presentation, Tess said she knew little about microglia when she started, but after her experience at the lab, she is interested in continuing similar research in college.

Do you work in research at a university or corporation? If you are involved with science or computer science and would welcome a CA intern into your lab next summer, please email Kiley Remiszewski. The power of a CA education is extended when parents and alumnae/i become involved as mentors.