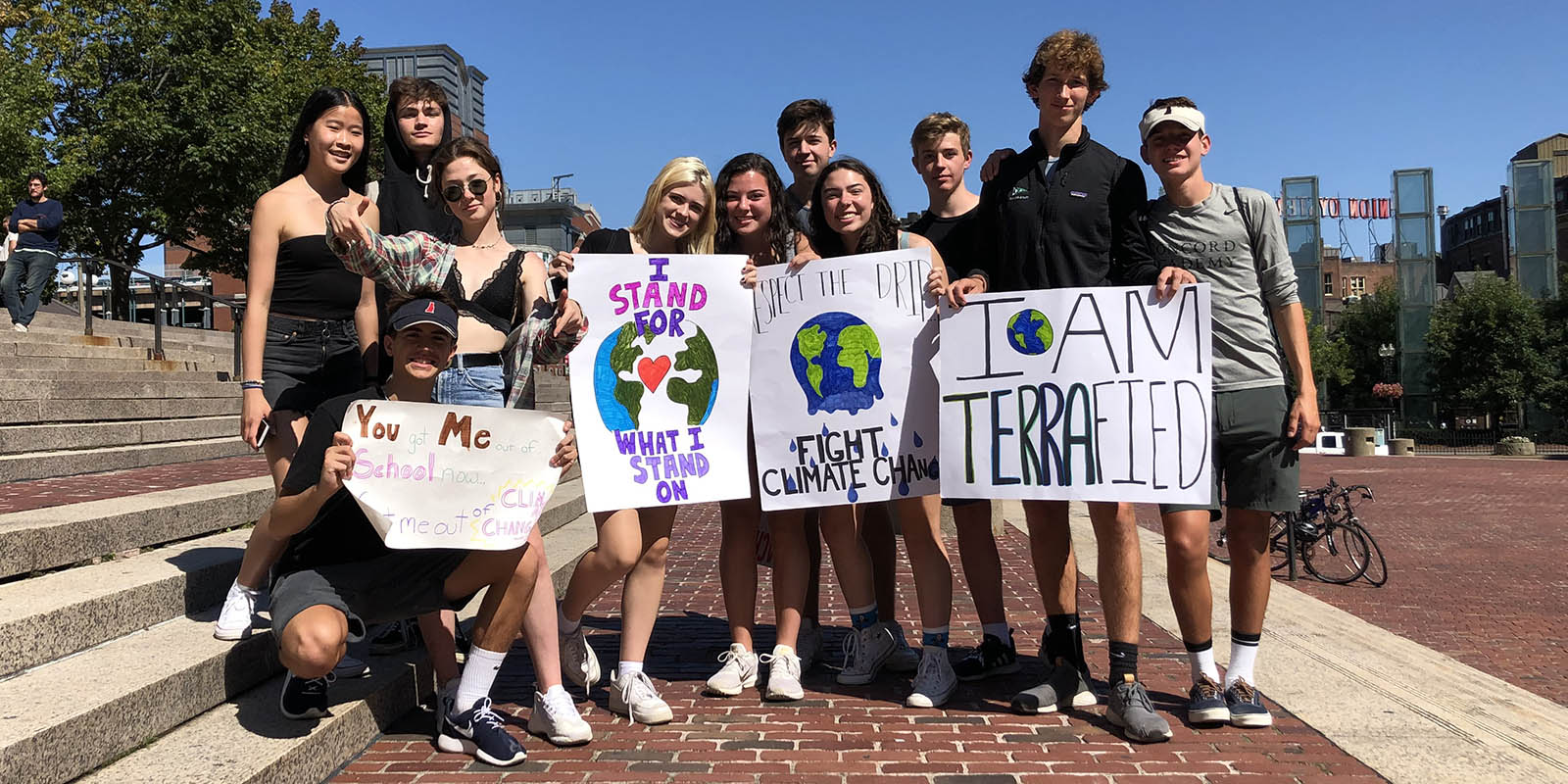 In solidarity with students around the world, on September 20, nearly 300 members of the CA community boarded the train into Boston, leaving campus on strike and joining a protest thousands strong to call for action to address climate change. While this rally was not a school-sponsored event, Concord Academy responded to the overwhelming student interest in participating by altering the day’s schedule and providing special programming.

The morning began with an all-school assembly. The Green Club showed videos featuring 16-year-old Swedish climate activist Greta Thunberg and CA’s own recent graduate Audrey Lin ’19, one of the Sunrise Movement’s lead organizers for the September 20 climate strike in Boston.

Green Club advisor and science teacher Gretchen Roorbach presented on some of the lesser-known impacts of climate change, and the student environmental co-heads stated demands for transforming economies and creating jobs in renewable sectors; ending extraction; respecting indigenous sovereignty; investing in the communities most affected by climate change; protecting biodiversity, restoring the world’s oceans, and halting deforestation; and ending subsidies for industrial agriculture and investing in sustainable agriculture.

Several faculty members offered the students soon to depart for Boston both inspiration for their engagement and practical advice for staying safe and protesting peacefully. 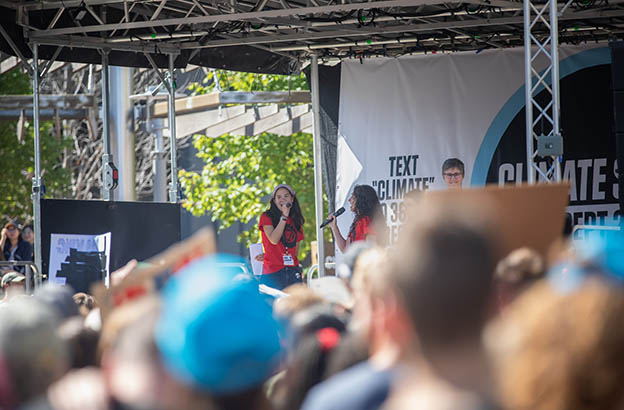 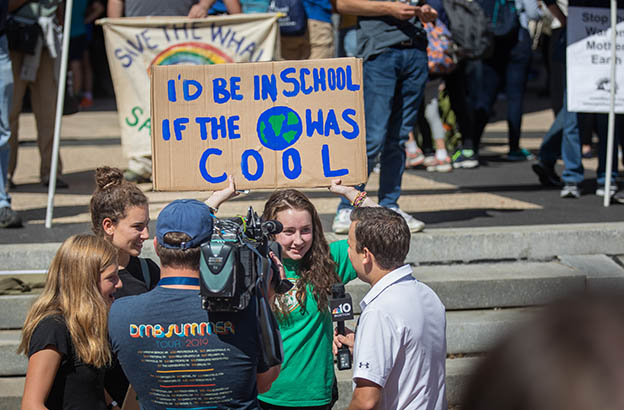 Audrey Lin ’19 speaking at the September 20 Boston climate strike. CA students being interviewed at the protest.

Some faculty who remained on campus offered climate teach-ins, which focused on the chemistry of climate change, the Standing Rock Sioux nation’s protests of the Dakota Access Pipeline, climate change adaptation and mitigation in the Congo Basin, medieval to modern population impacts, and how students can locate themselves within climate activism.

Those who took part in the protest in Boston had an opportunity to see one of their own, Lin, on the stage, microphone in handing, leading the youth climate change movement.

“Climate change is not some distant issue,” says RJ Schechner ’20, one of CA’s environmental co-heads. “It is happening right now and threatens all of us. Even is some of our world leaders and policy-makers don’t see it, I’m glad that the students and adults of the CA community could unite together to raise awareness.”

View photos from the climate strike in the gallery below.