CA Celebrates the Dedication of the William M. Bailey Commons

To cap off CA Houses Unlocked, a series of events held on October 4 to celebrate the new commons joining Haines and Hobson houses and the completion of the CA Houses initiative, a very special event took place. More than 100 Concord Academy alumnae/i, former faculty, and current faculty and staff gathered to celebrate Bill Bailey P’87 ’88 ’91, GP’21 ’22, former History Department head, who taught, mentored, and inspired CA students from 1967 through 2002, and whose legacy will endure for decades to come. At the request of the generous donor who made the project possible, the new commons connecting Haines and Hobson was dedicated in Bailey’s honor and is now officially known as the William M. Bailey Commons.

Bailey returned to campus for the day’s speaking events and the evening festivities. The tent on the Chapel lawn glowed brightly during a dinner and speeches in his honor, including alumnae/i who testified to Bailey’s influence on them when they were CA students, and in shaping the paths they have since followed.

“Twenty years before the incredible high school activism on climate change, racial justice, and gun violence that we see today, Mr. Bailey wanted his students to know that we each had a role to play in shaping our democracy,” Mike Firestone ’01 said in his tribute. He recounted an experience in his junior year that Bailey had organized for his students to participate in a New Hampshire primary election. “In the years since, I’ve managed political campaigns and helped run government offices, and when people ask me how I started in the business, I always tell them that I had a history teacher who wanted his students to know they could make a difference,” he said.

The moving evening was an opportunity for the CA community to recognize the importance of outstanding teaching, and to do so in the presence of an extraordinary teacher. In his 35 years at Concord Academy, Bailey approached his work with passion, humor, and integrity. Through impassioned study, he encouraged students to learn from the past, to view the present with open minds and welcoming hearts, and to recognize the extraordinary details, viewpoints, and people in the world around them. In his retirement, Bailey continues to inspire alumnae/i as well as CA’s current teachers, through his enthusiastic involvement with the school and his ever-present curiosity and love of learning.

By choosing to name the Bailey Commons in his honor, the donor who made possible this final renovation to improve CA’s living and learning community ensured that love of learning, core to the school’s mission, remains at the center of the CA experience. 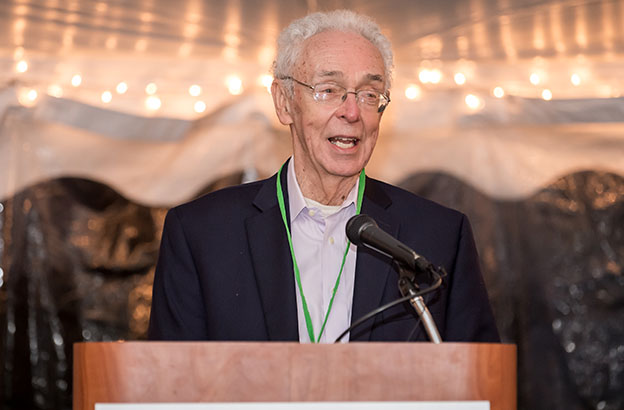 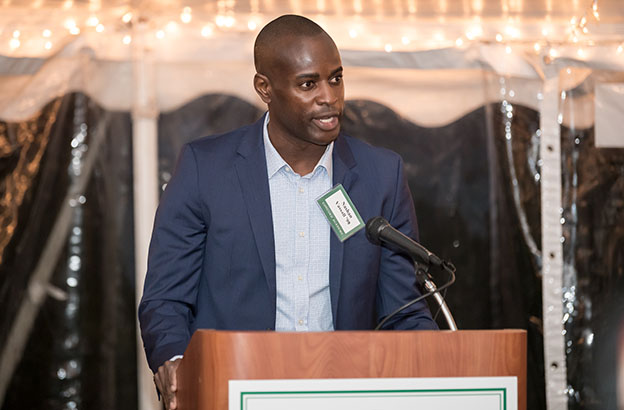 Left: Bill Bailey P’87 ’88 ’91, GP’21 ’22 at the dedication. Right: Nashan Vassall ’98 speaking about the impact Bailey had on his life. Top: Walking down to the Chapel lawn from the new Bailey Commons connecting Haines and Hobson. 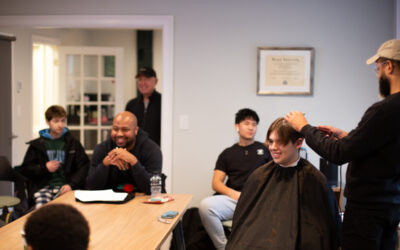 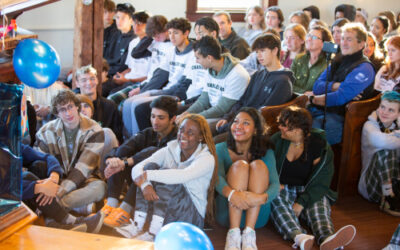 Highlights from a Semester at CA

We’re midway through our 100th school year, and it’s flying by. So much has happened already this fall and we are excited to share these highlights with you!