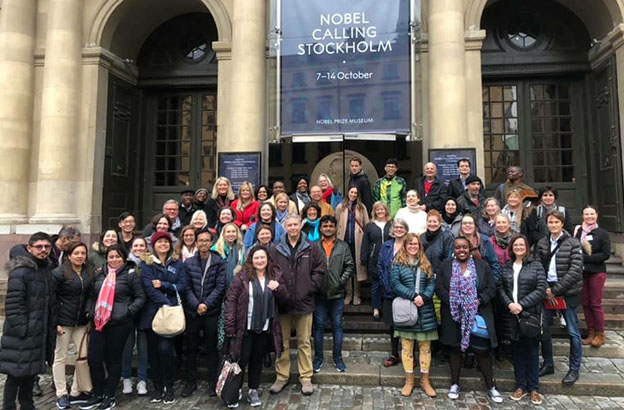 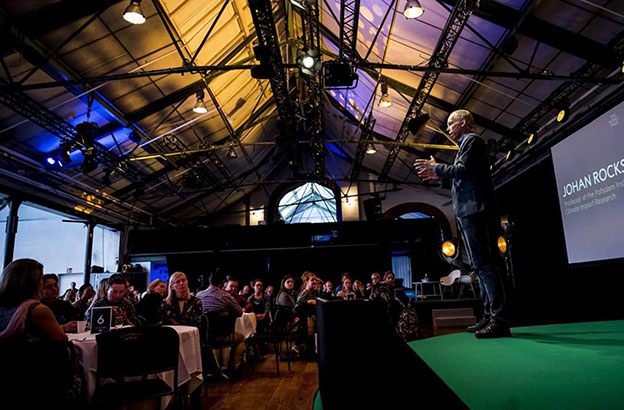 Fresh from returning from the Nobel Prize Teacher Summit on Climate Change in Stockholm, CA environmental and Earth systems science teacher Kiley Remiszewski understands more clearly than ever that the choices educators make in addressing climate change with their students will have an impact that will last for generations.

Remiszewski was one of 100 teachers from 30 countries and various fields of study who arrived for three days of programming in advance of the official summit on October 11. The theme of the conference: “Climate change changes everything.”

In teams, the international teachers visited several Swedish schools to learn how they are addressing climate change in their curricula. On her team, Remiszewski got to know teachers from Vietnam, Zimbabwe, and Colombia, as well as educators from across the United States. Now they’re part of her network, and they plan to keep in touch. “It’s rare to meet so many teachers from all over the world,” Remiszewski says. “we were sent off in groups to navigate the city ourselves, and we felt confident sharing with one another. Hearing about others’ lives and perspectives is so important for considering different approaches.”

At the daylong summit that followed, the international educators joined 300 Swedish teachers for a series of presentations from the likes of Mario J. Molina, who was awarded the Nobel Prize in Chemistry in 1995 for his work in atmospheric chemistry concerning the formation and decomposition of ozone; Hiroshi Amano, who won the Nobel Prize in Physics in 2014 for his invention of efficient blue light-emitting diodes, which paved the way for energy-saving white LED lights; and Johann Rockström, an internationally recognized professor of environmental science and co-chair of the world’s largest research network for global sustainability science, Future Earth. Remiszewski was particularly excited to meet Rockström — her advanced environmental science course syllabi include his work.

Although the focus of the summit was familiar content to Remiszewski, she took away ideas for engaging with students in ways that are “productive, and not just scary,” she says. “Yes, young people should be angry, but not full of despair.”

One workshop asked attendees, “Who can save the world?” Swedish facilitators engaged participants in examining the stories they tell themselves about climate change, acknowledging the country’s struggle with its carbon footprint because of a reliance on imports, and regional conflicts over the timber and extractive mining industries. “Some of the problems they’re dealing with are universal,” Remiszewski says. “It was thoughtful work that focused on making sure we’re telling more than one story.”

Remiszewski returned reinvigorated and grateful for the opportunity to step outside her usual frame of reference. “I left with a renewed sense that I don’t have to sugarcoat the climate crisis for students,” she says. “I can help them process it constructively and feel empowered to take a stand for a path forward. We have the science. We have a plan. Now we need the will to take action.”