Concord Academy at 100: Voices From The First Century 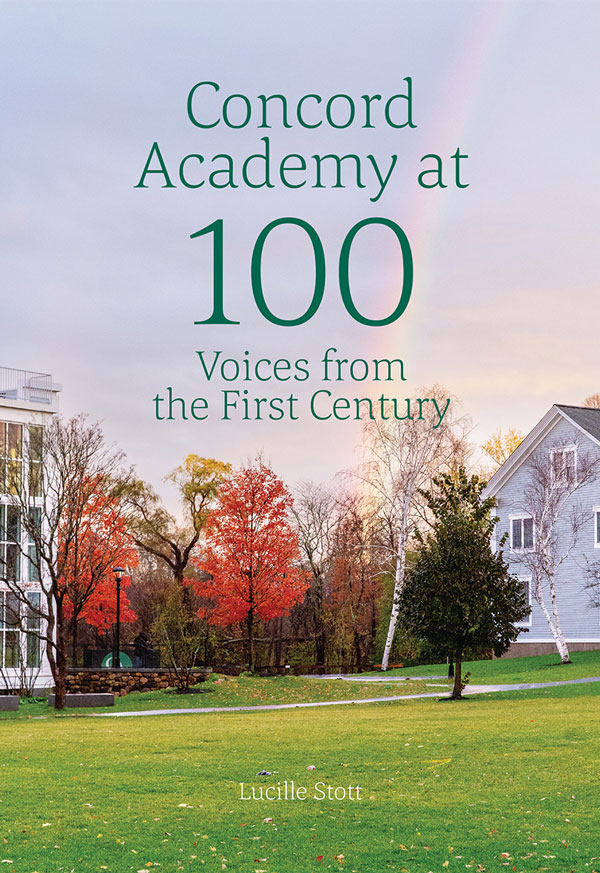 Concord Academy at 100: Voices from the First Century

No single perspective can capture the influence Concord Academy has had on its graduates—and in the world. That’s why for CA’s Centennial, it felt only fitting to commemorate the school’s first 100 years with a book that features the memories of alums from every generation.

Rather than a comprehensive history, Concord Academy at 100: Voices from the First Century is a testament to the celebration of both individuality and community that guided CA throughout its first century and continues to animate the school today.

Former faculty member and author Lucille Stott spoke with more than 300 alums to inform this cultural retrospective. We are grateful to her and to the many individuals who contributed to this publication we have long looked forward to sharing. We hope it will spark many discussions and connections within the CA community.

If you are interested in sending a note of thanks to Lucille, you can contact her at lucille_stott@concordacademy.org.

When I was asked to write a book that would help commemorate Concord Academy’s centennial, I was given only one guiding principle: It should have the feel and flavor of CA. We were imagining the book as a mirror of the school’s culture, not as a formal history.

I began work in the summer of 2019 with one central question in mind: What was the Concord Academy experience like for students across the decades? Gathering stories—through early written testimonies and recent interviews—seemed a fitting way to celebrate a century in the life of a school devoted to giving each of its students a voice.

During pre-pandemic days, I worked in the archives of the J. Josephine Tucker Library, reading through materials dating from the school’s April 1922 incorporation. I also made use of the rich histories and retrospectives that have been written by others before me. While immersing myself in these pages, I realized that each decade presented a distinctive character, reflecting both the school’s particular ethos and the culture at large. At that point, I decided to organize the book by decade and attempt to capture the zeitgeist of each while following the through lines that link one CA generation to the next—and that I’m sure will continue to flow into the school’s next century.

The historical details in the book are meant to serve as scaffolding for the stories shared across the decades, allowing the character and spirit of the school to emerge primarily through the eyes of the students who inhabited it and have been inhabited by it. The variety of their stories reflects their own individuality as well as the school’s need to move with the times. But these multigenerational voices also speak of values that have remained constant: the celebration of the individual, the love of learning for its own sake, the welcoming of others’ ideas and identities, the support for creativity, the value of service, the ideal of common trust.

No depiction of life at CA will feel true to every member of the school’s extended family. Adolescence is rarely a smooth passage, and the school has at times struggled in its continual efforts to live up to its mission. In seeking a variety of experiences and perspectives, I attempted to provide a representative sampling that would encompass both the successes and the challenges, an approach the school has embraced.

As stories proliferated, one graduate led me to another. By the end of the project, I had spoken to nearly 300 and incorporated written statements from dozens of others. CA is not easy to characterize. Campus life is casual but intense, demanding but warm. Yet graduates understand precisely what they mean when they say, “That’s so CA!” So I was not surprised when, in answer to my questions, alumnae/i would often say something like this: “I don’t know exactly how to answer that one. But let me tell you a story.” 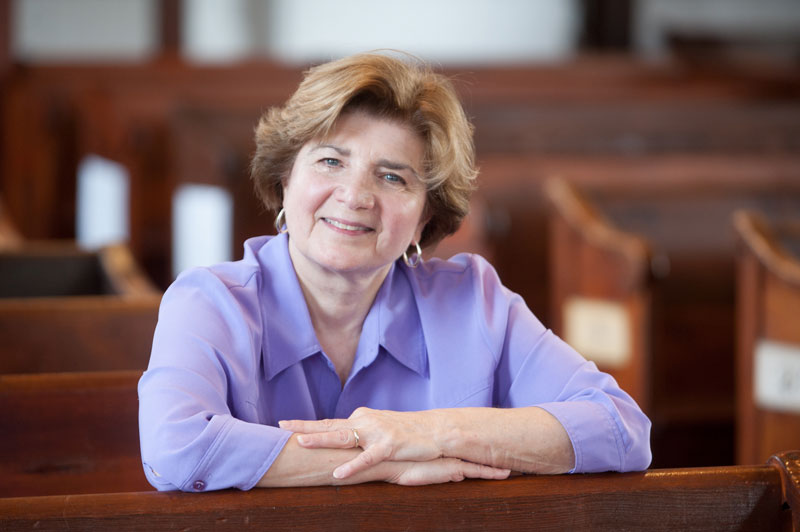 Lucille Stott arrived at Concord Academy in January 1978 and remained until 1990, serving as French and ethics teacher, academic dean, and interim head of school before taking a hiatus to pursue writing projects. She returned in 1999 and for the next 15 years served at various times as CA Magazine editor, writing tutor, English teacher, and interim dean of faculty, before retiring in 2014. Since her retirement, she has worked as a writer and editor. Her book Saving Thoreau’s Birthplace: How Citizens Rallied to Bring Henry Out of the Woods (TMC Books) was published in 2018. She lives in Brunswick, Maine, with her husband, former CA faculty member Sandy Stott.