Camden Francis ’22 and His Family Work to Mitigate Food Insecurity 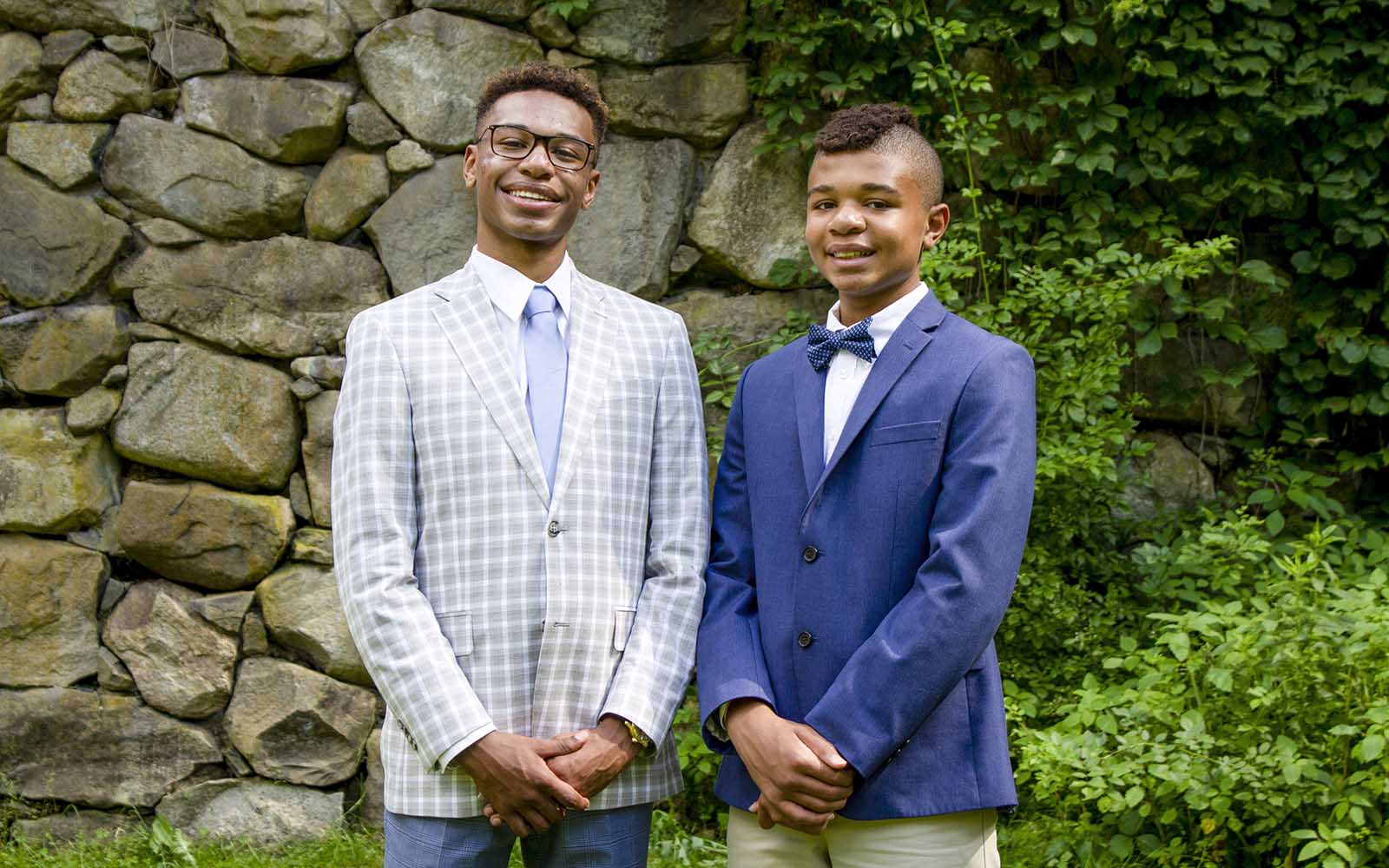 Camden Francis ’22 and his younger brother, Colton, who founded the food-distribution nonprofit Beyond the Crisis.

“Having food is not a privilege; it’s a right,” says Camden Francis ’22. This conviction solidified for the Concord Academy senior last year, when he learned how many parents in the Boston area were struggling to feed their children during the pandemic. News footage of hours-long lines at food banks hit home. Camden says he feels fortunate to live in Sudbury, Mass. and attend CA, free from worry about access to healthy meals: “I couldn’t feel too happy just living my life without giving back.”

The problem he saw was not a global food crisis, as in 2008, but rather systemic pressures exacerbated by increased need. “There’s enough food available now, but there haven’t been enough effective ways to distribute it,” Camden says. He and his younger brother, Colton, saw an opportunity to organize. With help developing a business model from their entrepreneurial father, the brothers made the plan operational.

Now Camden is the founder and executive director of Beyond the Crisis, a proudly minority-owned nonprofit that provides food to children and families in need through pantries, shelters, and housing communities. Working with the Catholic Charities of Boston, the organization primarily distributes food to the St. Ambrose shelter in Dorchester, but its partnerships extend to affordable housing networks and local colleges and universities. Camden has sought out mentors and is learning to write grants to support bulk food buying in addition to directing donations from food drives, grocery stores, farms, and other retailers.

Camden meets the demands of running Beyond the Crisis between his academic and varsity soccer commitments. “There’s a cost, for sure,” he says, “but helping others is something we as humans don’t make enough time for. I balance it all because what we’re doing helps to balance other families’ lives.”

As the organization’s name suggests, the Francis brothers intend for Beyond the Crisis to remain active after pandemic-driven urgency subsides. Camden hopes to bring the model with him to another community when he starts college next year. But he’s proud of what he and Colton have already accomplished. “I wanted to do this to show other teenagers that you don’t have to be older to make a difference,” he says. “You can do it now.”

Learn more about Beyond the Crisis at beyondthecrisis.org.

Read about Camden’s nonprofit in the MetroWest Daily News.