The Battle Returns With CA Nearly Reclaiming the Drum 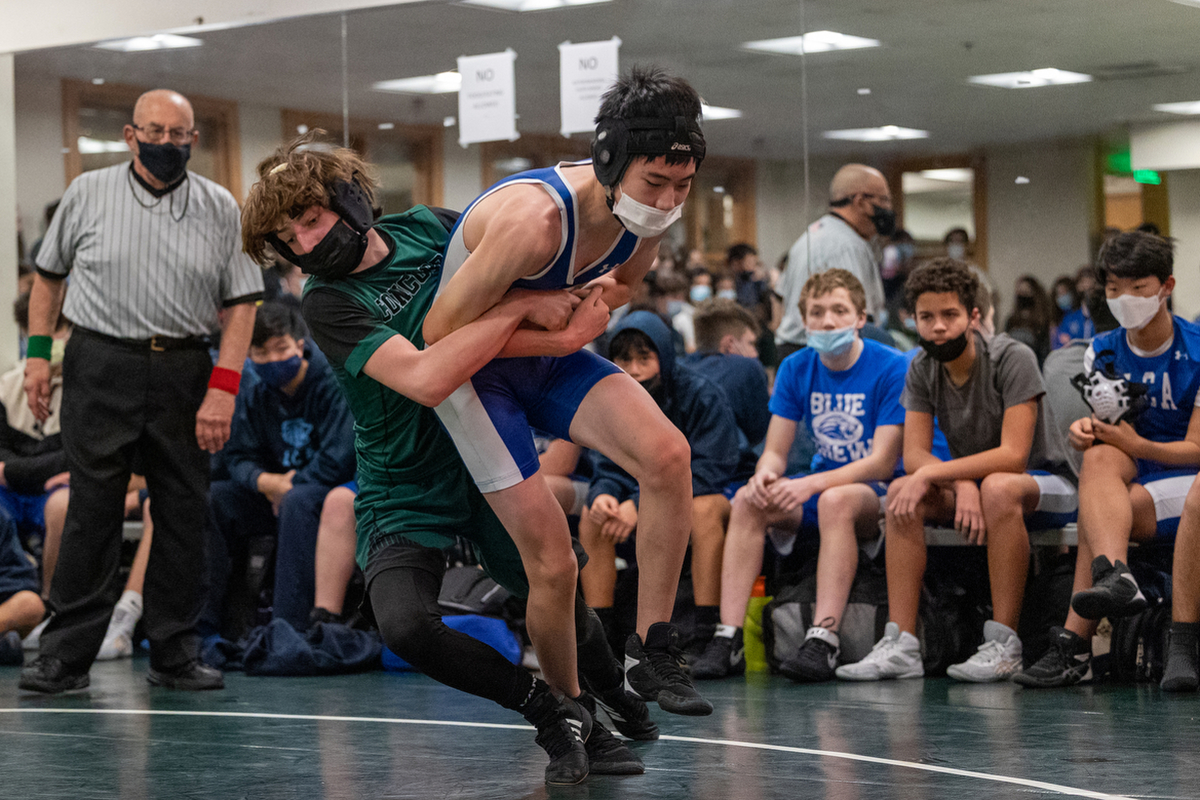 The Battle returned in dramatic fashion in 2022! CA welcomed the Lexington Christian Academy (LCA) Lions to our home gym in the SHAC on February 11 after a one year hiatus due to COVID. The energy in the building was electric from the tip off of the first contest to the final buzzer of the last. Each of the schools set their sights on earning at least three victories in the five contests for the right to keep the coveted Red Drum trophy until the 2023 Battle at LCA.

CA’s boys JV basketball team provided the Green with the first point of the evening with a dominating win in the first game of the night. A close score in the middle of the first half turned into a large lead for CA by halftime. The boys maintained a double digit lead the rest of the way.

The wrestling team competed next, taking to the mat with an eye on a victory which would boost CA’s overall lead to 2-0 in the event but also clinch the EIL championship. LCA started out with a commanding 27-6 lead but the CA grapplers wouldn’t be denied. With the support of a boisterous CA fan section, they rallied to an impressive 39-36 victory!

Back in the gym, the girls JV basketball team staged their own comeback in the second half. After being down by double digits and rallying back to within five points late in the second half, the team ultimately fell short resulting in LCA’s first point of the Battle.

LCA’s boys varsity basketball team cemented their school’s second point with a decisive victory in their own game, setting the stage for the girls varsity basketball game to be the deciding contest of the Battle. On a night of CA comebacks realized or which  fell just short, this game followed a similar pattern of grit by the home team. Despite a double digit deficit through most of the second half, CA rallied to within three points of LCA with only ten seconds remaining on the clock. The packed bleachers were filled with fired up students from both communities, nearly brimming over in the game’s final minutes. A LCA free throw ultimately sealed the victory for the Lions concluding  what was quite a night of competition from all the athletes. Congratulations to all participating CA athletes on a fantastic showing and to the whole community for being such enthusiastic hosts. Go Green!