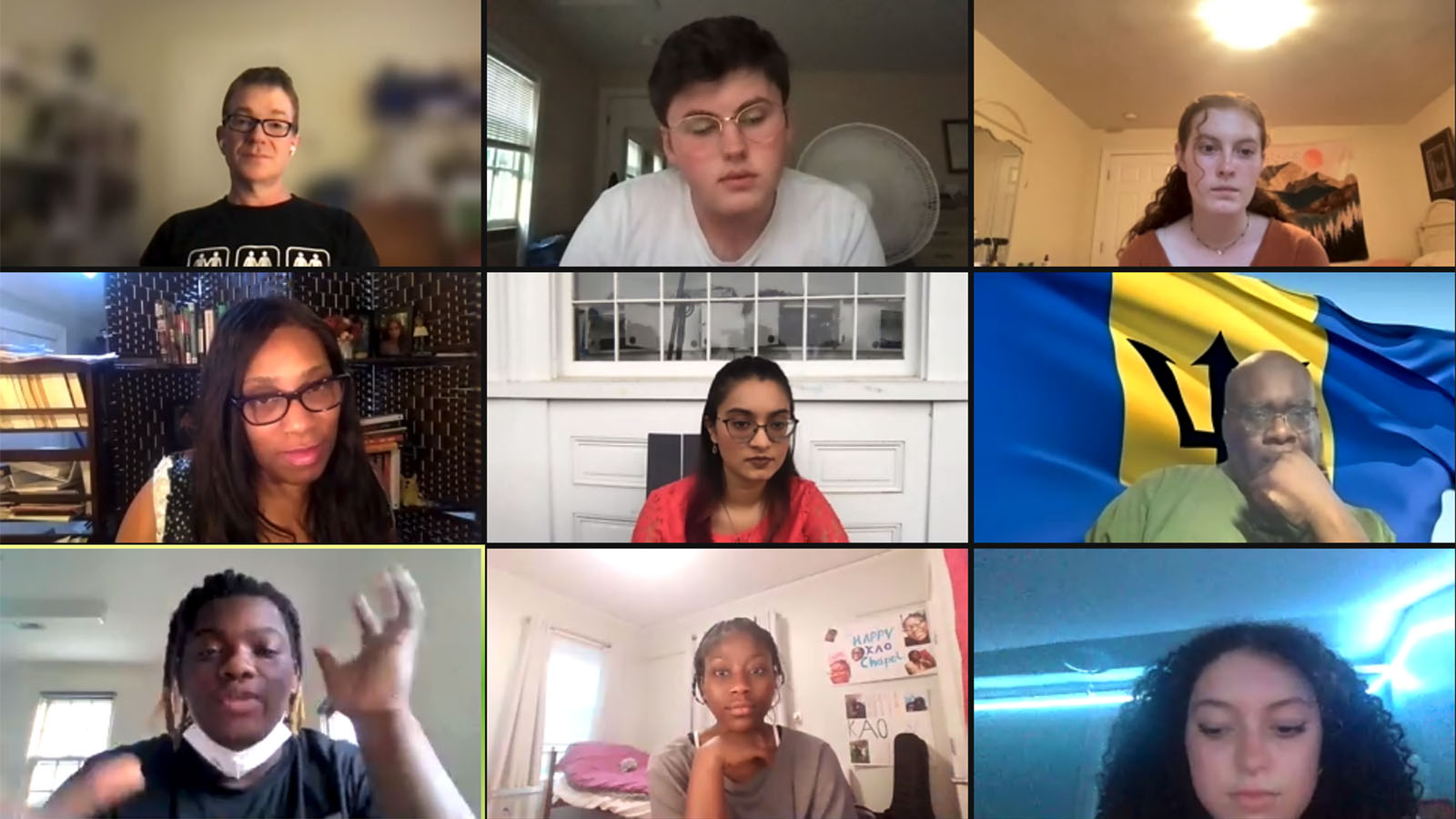 Playwright Kirsten Greenidge wrote Baltimore after the 2014 shooting of Michael Brown in Ferguson, Mo., inspired by the Black Lives Matter movement. The play tackles a racist incident on a predominantly white college campus and the 12 hours that follow, examining cultural, racial, and ethic identities, microaggressions, power dynamics, classism, media, and the failure of impact to match intent.

Due to the challenges of assembling Concord Academy’s virtual theater debut, the Performing Arts Department released Baltimore, slated as this year’s winter mainstage production, in two virtual showings on May 22 and 23. An ensemble of nine actors and 13 chorus members filmed the play in separate rooms, against green screens, during the winter. While editing, CA’s technical director, James Williston, added the production’s distinctive backgrounds, which Shreya Patel ’21 designed — one for each character, until the final climactic scene blurs the lines between them.

A pre-show discussion was held prior to the first showing. Greenidge and a member of the original cast, Cliff Odle, both of whom had worked with the cast during rehearsals, joined Shreya; director Shelley Bolman, CA theater teacher and a colleague of Greenidge’s; and five CA student actors for that conversation.

“The play asked difficult questions of the production team, the cast, the crew, and CA’s community,” said Bolman. “It helped to continue the dialogue on race and racism that we as a school and a country must keep at the forefront of our daily lives, and it offered all of us an opportunity to learn and grow together.”

It was personally challenging material, the students acknowledged, as did Greenidge. And the emotional intensity of grappling with it was compounded by the actors’ physical separation, required by safety guidelines earlier this year, while they were rehearsing and recording. That meant the actors had to adjust to performing for the camera, rather than on stage.

Kao Morakinyo ’21, who played Shelby, an RA who is dragged most reluctantly into the conflict between the college freshmen she advises, says she was proud of “being able to deliver all of our emotions through the camera as though we were face-to-face” as she performed intense scenes with her fellow student-actors over Zoom, “‘Am I telling this story well enough?’” she said she asked herself. “I wanted to work hard to give the story all of the attention it deserves.” 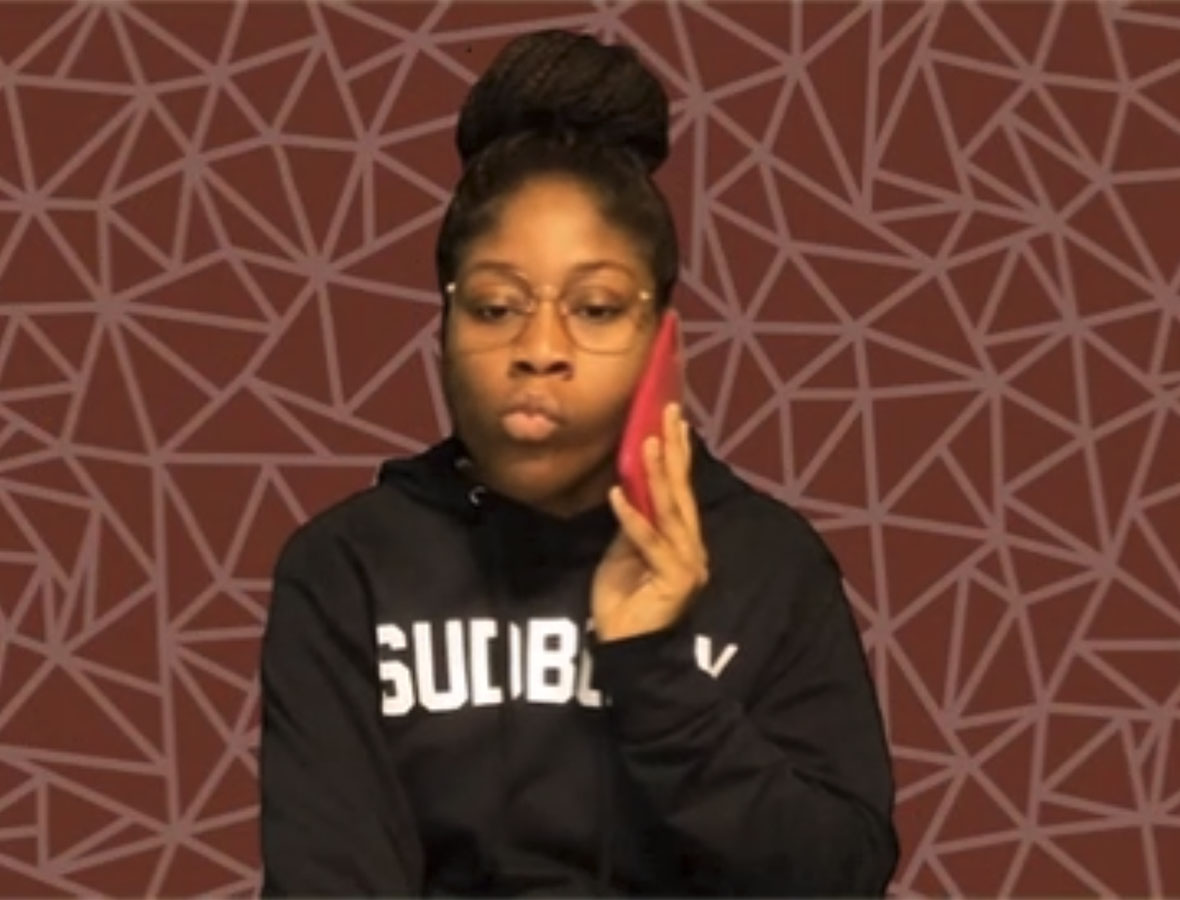 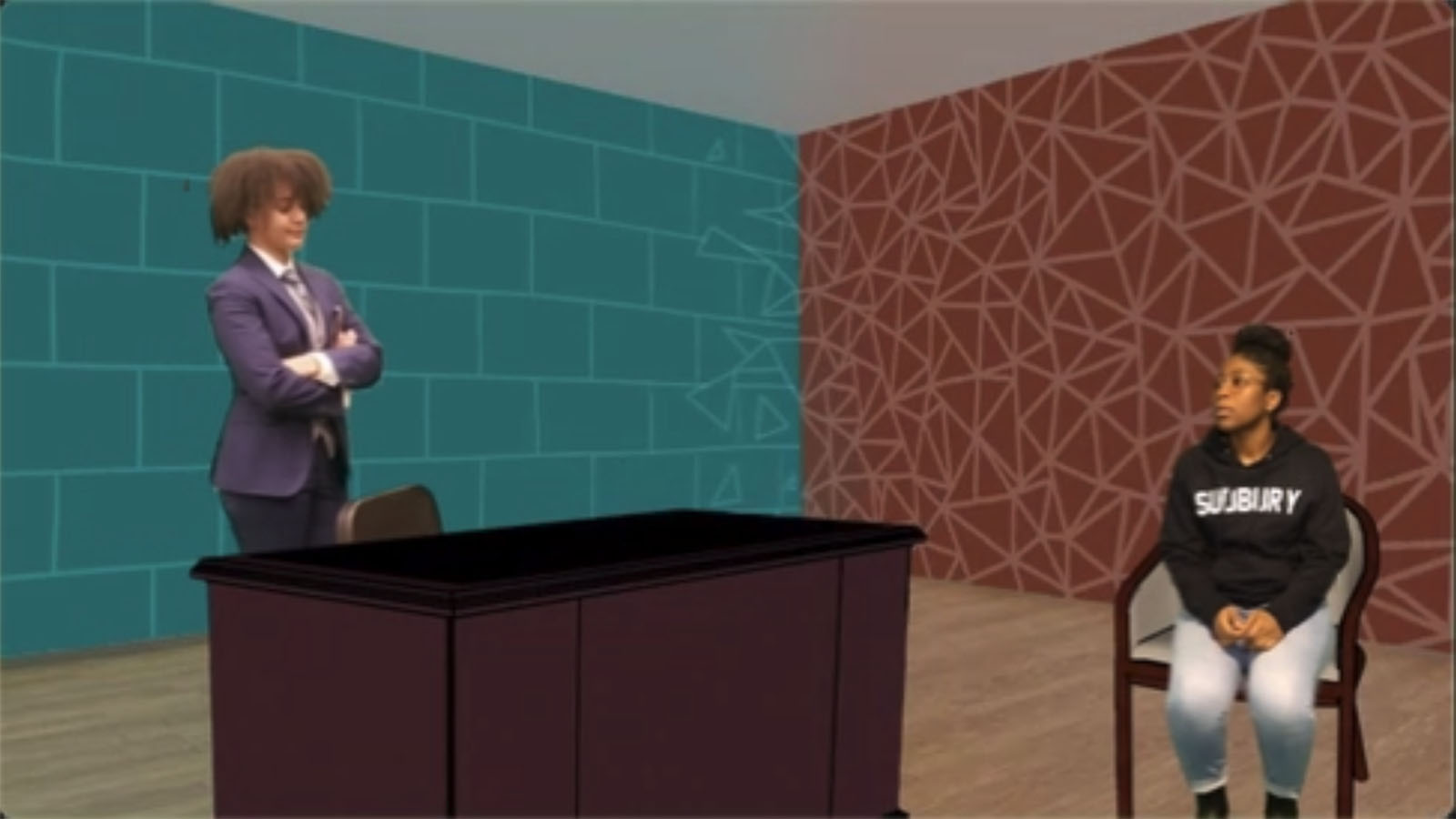 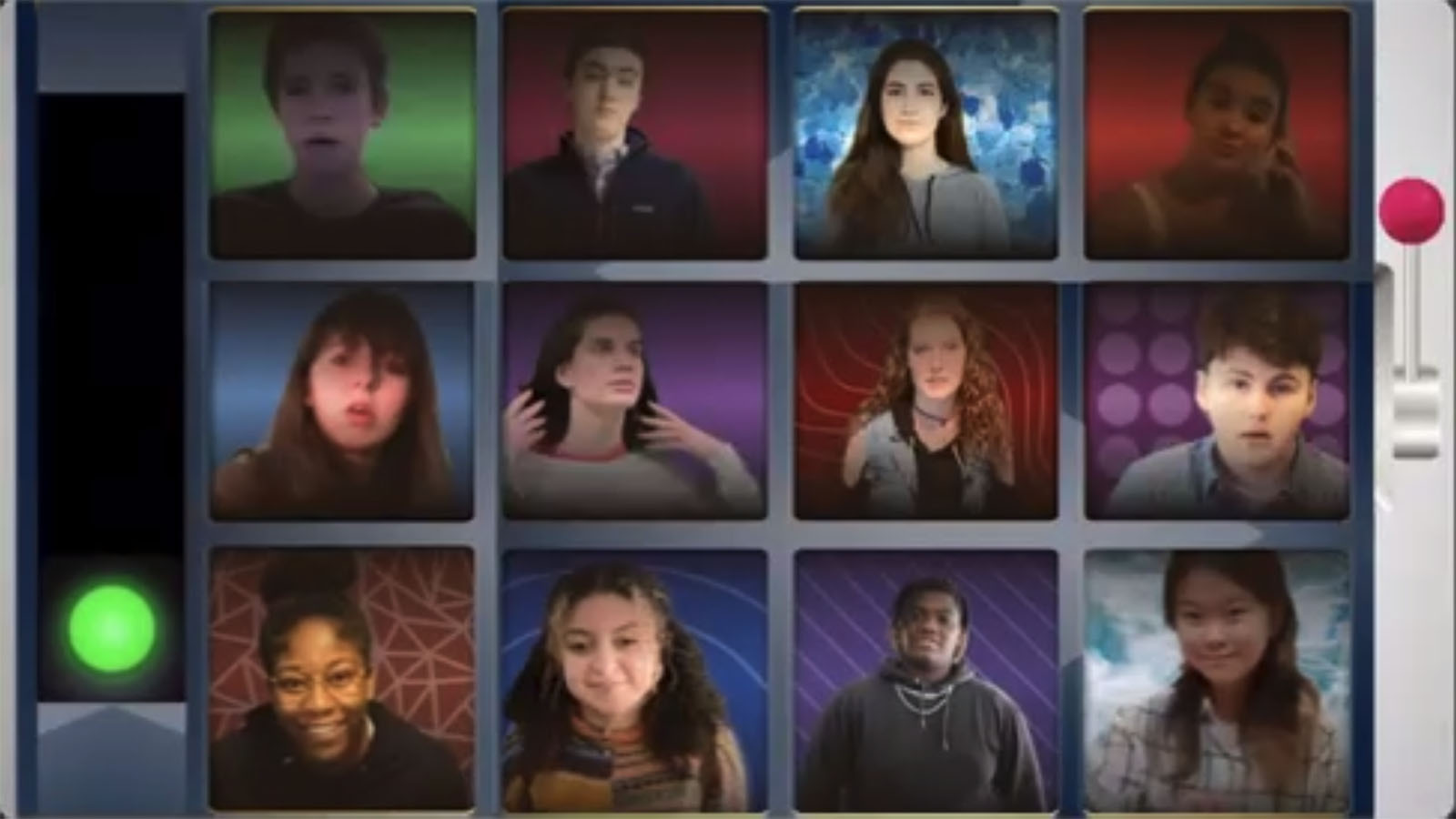 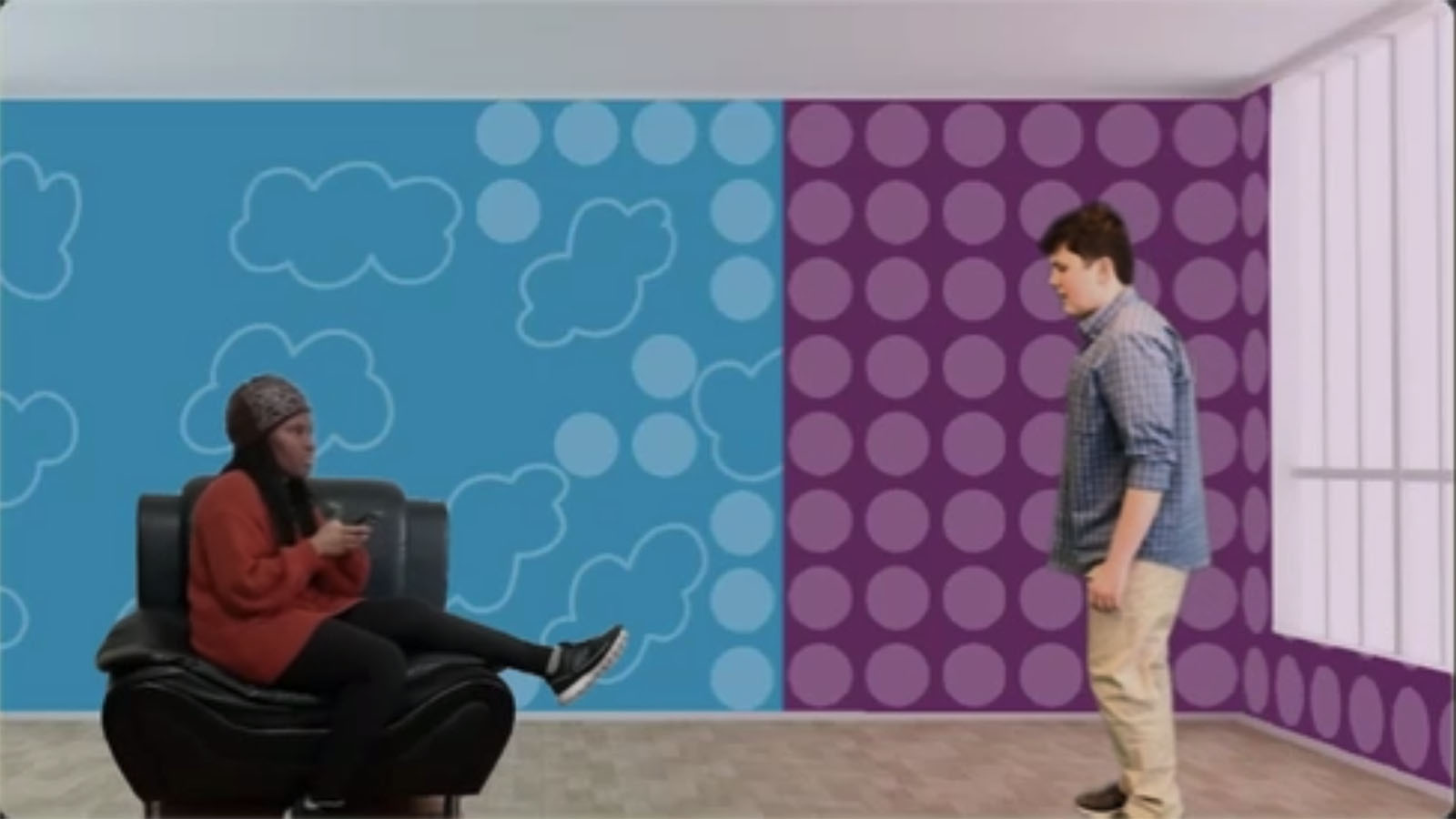 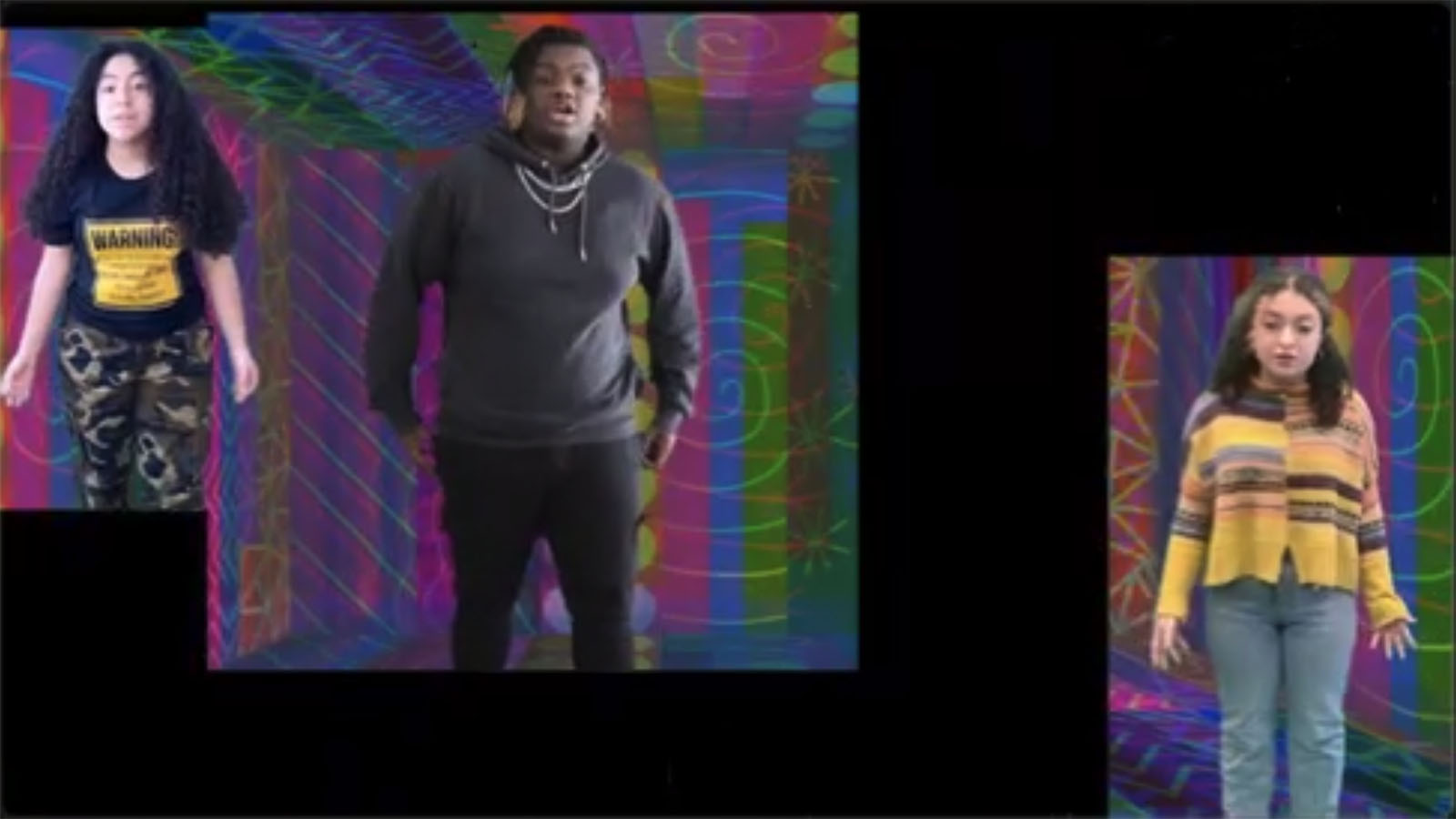 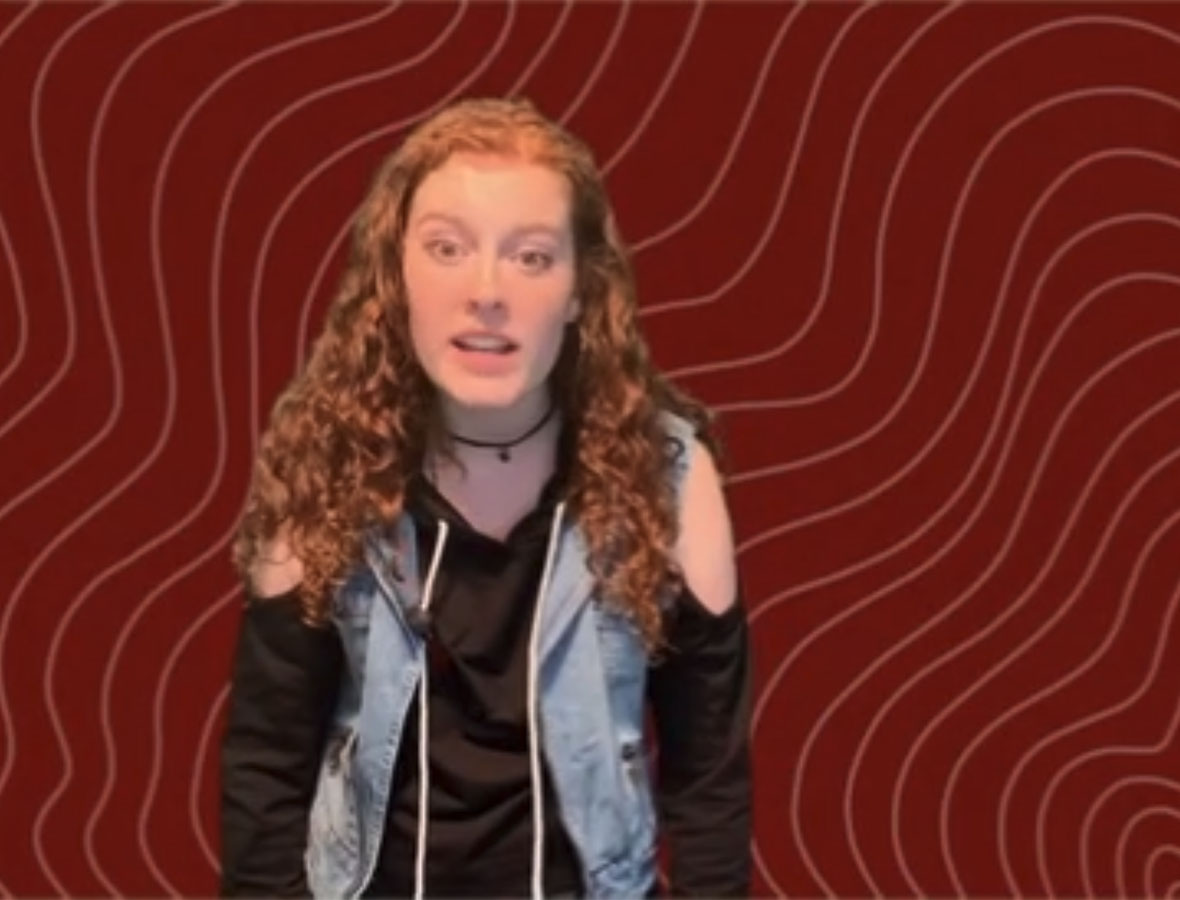