A Look Back at CA’s Spring 2022 Athletic Season 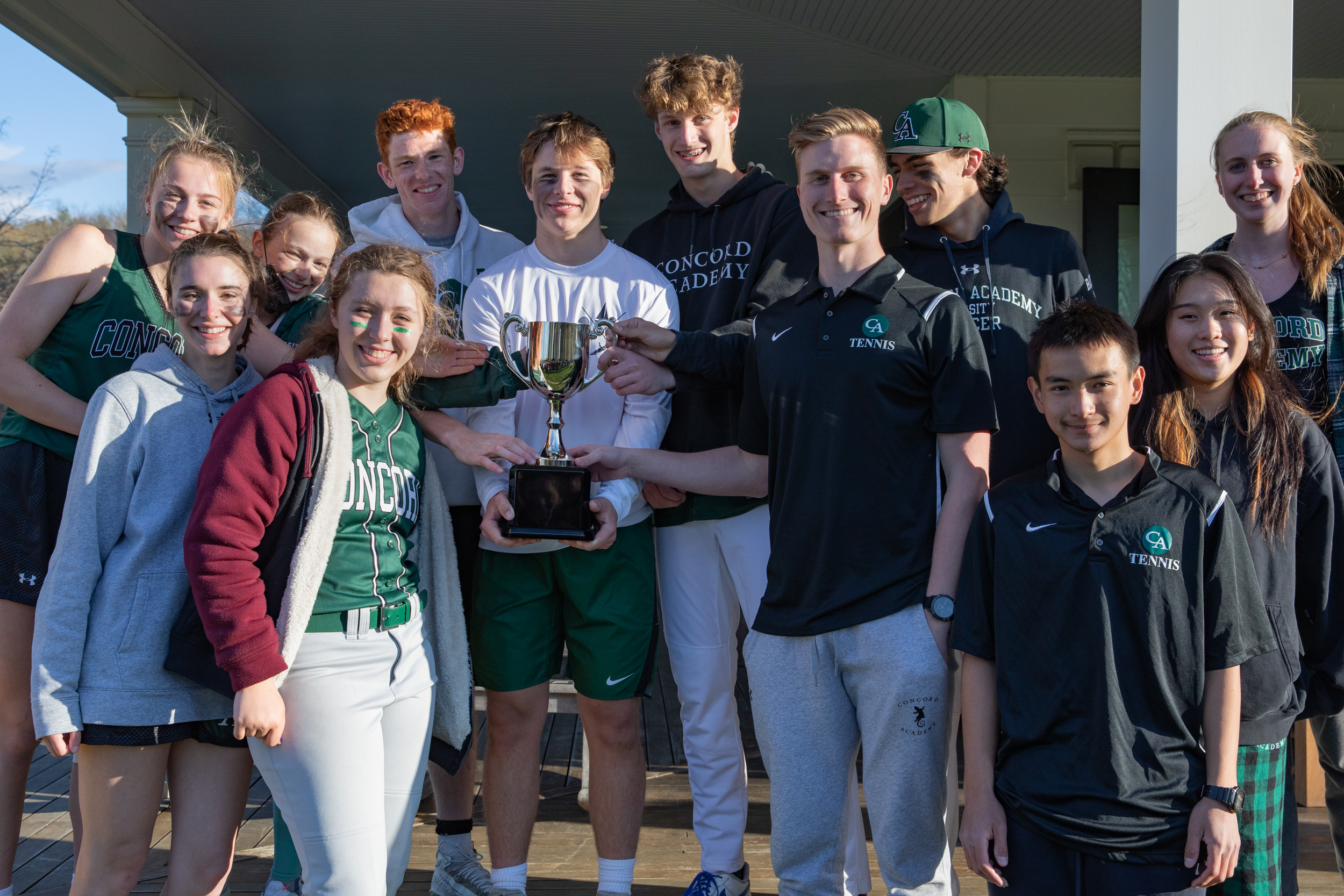 CouCA spring teams enjoyed a joyous and successful return to a full league and New England Preparatory School Athletic Council (NEPSAC) championship format after a two-year hiatus due to the pandemic.

The boys varsity tennis team posted their most successful season in over a decade by winning the 2022 Eastern Independent League (EIL) championship. The key victory came over longtime rival Beaver Country Day School in the penultimate week of the season. On the strength of a one-loss record, CA earned the No. 2 seed in the Class C NEPSAC tournament. In the semifinals, CA beat the No. 7 seed, Wooster School, in the morning to advance to the NEPSAC championship match. Due to a rain delay in the morning match, the Green had to quickly turn it around to face the No. 1 seed, Rivers School, on their home court that same afternoon. The blistering heat and the Independent School League (ISL) foe proved too much to overcome, but CA took home the New England runner-up trophy! In addition, the boys JV tennis team went undefeated, which bodes well for the continued success of the overall program.

The girls and boys track and field teams enjoyed a stellar season. CA track and field earned two podium finishes at the EIL Track and Field Championships, held at Marianapolis Prep School. The CA boys team took home a hard-earned third-place plaque, with 115 points and 13 different athletes scoring points by placing in the top six for their events. The CA girls team ran, jumped, and threw to a second-place team finish, their highest ever at the EIL championship, and a single point ahead of the third-place team. Four members of the girls team and the girls 4-by-400 relay team won EIL titles. A week later, the girls team capped a historic season by placing second out of 30 schools at the NEPSAC Div III Championships. Seniors Anna Brown ’22 and Ravyn Hamer ’22 were named All-New England for their victories in the triple jump and 800m, respectively. The CA boys team also reached a high mark in program history, scoring 31.5 points to place fifth in the team scoring out of 29 schools, the highest finish in the program’s history. The CA boys also had 10 athletes score points in the meet, far exceeding their previous record of five. Senior Nicolas Chu DeChristofaro ’22 earned All-New England for his victory in the long jump.

A very young girls varsity tennis squad impressively earned the program’s fifth consecutive NEPSAC tournament berth. The team earned the No. 7 seed in the Class C bracket and traveled to western Connecticut for the quarterfinals. Though they battled valiantly against the oppressive heat and the No. 2 seed, St. Luke’s, they were unable to prevail. But it was a great learning experience for this young squad.

The all-gender varsity Ultimate Frisbee team posted an impressive record, losing only one game during the regular season. They went on to compete well once again against much larger programs at the NEPSAC tournament at Northfield Mount Hermon.

The all-gender varsity sailing team finally had the opportunity to compete in their own boats in a complete race schedule. The fleet of boats was purchased for the spring 2020 season, which was lost to the pandemic. CA posted a second-place finish in the B Division of the Mass Bay League with a key win over longtime rival Landmark School.

A young varsity baseball team needed a win over Berwick in the last game of the regular season to have the chance to return to the EIL tournament as a No. 4 seed. Down 8–0 heading into the last inning, CA staged an impressive and exciting rally but fell short of pulling off the come-from-behind victory. With only one senior on the squad, look for the Green to return to the EIL tournament in 2023.

The girls varsity lacrosse program posted a winning record, with a seasoned squad led by seven seniors, but fell a bit short of earning an EIL tournament berth. The boys lacrosse program was young but steadily improved throughout the season and delivered the deciding victory in the first-ever spring rivalry event against the Bancroft School on April 29. CA’s baseball, softball, lacrosse, and varsity tennis teams battled the league opponent and secured the first ever Concord/Bancroft Cup trophy by winning four of the six contests on the day.

The softball program was in a rebuilding mode this spring, with a youthful roster learning the ropes in the competitive EIL.

On May 17 and 18, acclaimed dancer, choreographer, and educator Rashaun Mitchell ’96 visited Concord Academy to share his artistry with the CA community. Mitchell gave a talk and demonstration with three collaborators in the dance studio. Several CA students joined him for an improv dance workshop. And in his Hall Fellow Lecture, he shared his personal story, as a late bloomer who started dance training at 15 years old at CA, as a mentor and teacher who has encouraged his students not to fear failure but to use it as a catalyst for growth, and as an artist who works in many forms.