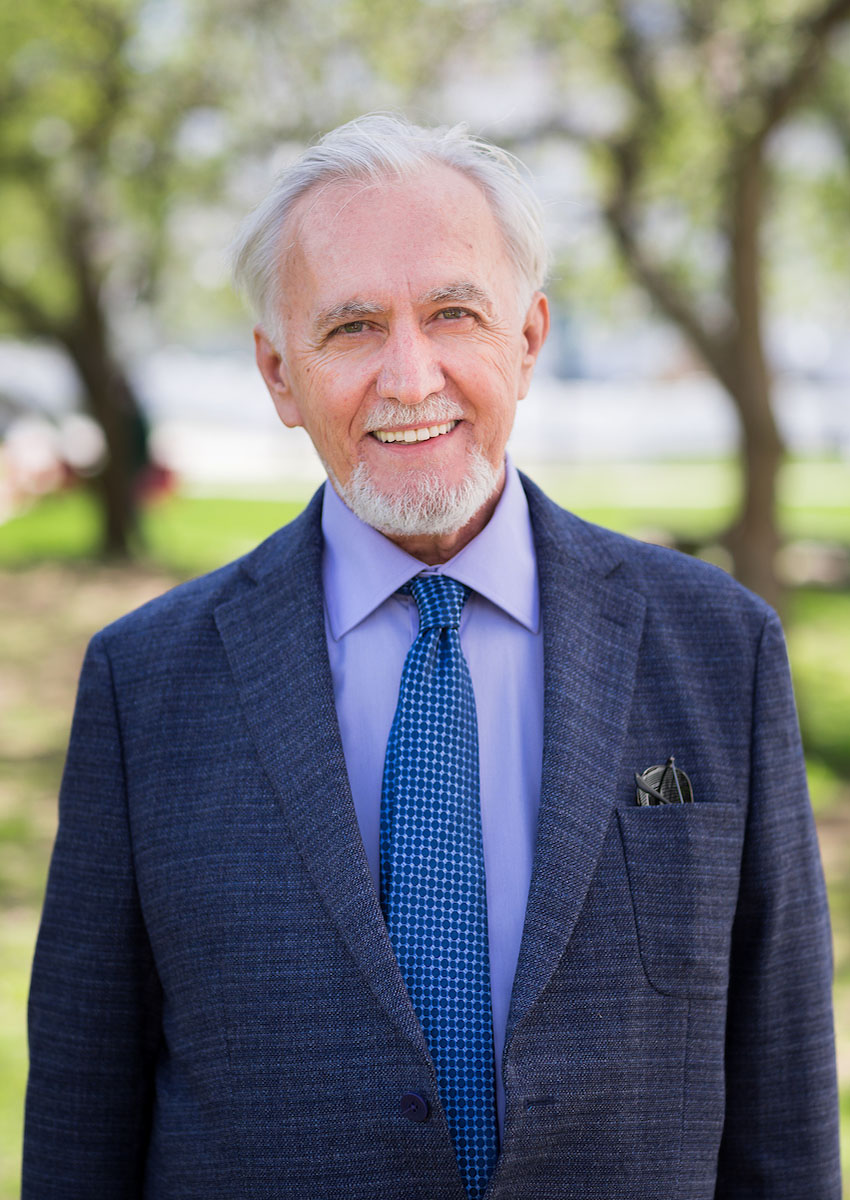 “The Joan Shaw Herman Award has profound meaning for me because it was established to honor a distinguished alumna who turned her tears into passion and her weakness into power,” says Adnan Zubcevic ’75. “As a physician, I can tell you that very few people achieve this transformation in their lifetimes. And yet for refugees, making this kind of metamorphosis is essential for their survival. My job—and my mission—has always been to accompany refugees through this transition.”

Concord Academy honored Zubcevic on April 22 with the 2022 Centennial Joan Shaw Herman Distinguished Service Award for his life’s work on behalf of immigrants and refugees and their mental health. Once a refugee himself from the Bosnian War, he’s now a U.S. citizen. Having flown to Boston from Sarajevo for the third time in his life for the ceremony, he shared the profound impact of the year he spent as a student at Concord Academy.

Zubcevic, who grew up in Yugoslavia, began his senior year at CA in the fall of 1974 thanks to a scholarship from the American Field Service. While taking classes and making friends, he soaked up American culture. Zubcevic remembers watching a broadcast on the Concord Common when President Gerald Ford pardoned Richard Nixon that September, for the good of the country. “At that moment, something inside me changed,” he says. “I became fascinated with the American ideals of democracy, inclusion, and open-mindedness—all of which emerged from within this nation of immigrants.”

Through his advisor, had his first encounter with a refugee, a Vietnamese boy close to his age. “He was studying English with an intensity that can only be described as feverish,” Zubcevic says. “I still remember seeing the war trauma in that boy’s eyes. I didn’t understand it.” Little did Zubcevic know that 20 years later, responding to such trauma would reshape his career.

After returning to Yugoslavia, Zubcevic became a physician, husband, and father. When Serbian nationalists began the violent three-year siege of Sarajevo—the longest in modern history—in April 1992, his daughter, Rubina, was a toddler. Life in the city became a nightmare. That November, Zubcevic managed to secure transport for Rubina and her mother on a UN humanitarian convoy to Croat-controlled territory. He remained behind for nearly two years, losing family members, friends, and colleagues. Each day, he passed through “Sniper Alley” to work at his hospital, which faced unrelenting bombardment.

By the summer of 1994, exhausted and angry, Zubcevic made the decision to leave. “One day I just literally walked out” of the siege, he says, crossing an airport runway and then the mountains and forests of Bosnia on foot. He reunited with his wife and Rubina, then 4, in Croatia. Thanks to the efforts of his “Concord sister,” Jennifer McGregor, who wrote to the International Rescue Committee on his behalf, two months later the three of them were granted permission to enter the United States as refugees.

“From the moment we arrived in Concord, the whole community opened its heart to us,” he says. Though the U.S. didn’t recognize his medical license, he found a job at Boston Medical Center screening refugees for tuberculosis. Grateful for his daughter’s chance to grow up “within the safety of a free, fair, and democratic society,” he says, he found a new mission: to give back to refugees less fortunate than himself.

Between 1995 and 2019, Zubcevic launched programs supporting refugees at the International Institute of Boston; created the Refugee and Immigrant Health Program at the Massachusetts General Hospital clinic in Chelsea, Mass.; founded the Bosnian Community Center for Resource Development, in Lynn, Mass., which provided training for psychiatry residents; and, with other community leaders, helped to create the Mutual Assistance Association Coalition, which has become a national model for refugee services. Complex trauma such as refugees experience, Zubcevic says, “becomes part of your life.” It cannot be erased, only made more manageable. He introduced group treatments, “going back to traditional ways of expression and connection” through knitting, embroidery, or community gardening. “The most important thing is to figure out what gives people hope,” he says, “and that takes a sustained effort.”

Many refugees are highly skilled but have few pathways for continuing their careers. Not knowing the law, they are often exploited and underpaid, Zubcevic explains. Typically, refugees in the United States are eligible for only two years of English language education and employment assistance programs that seek to place them immediately in unskilled jobs. “After that, everything stops,” he says. “You’re on your own.” In contrast, the programs he developed provide counseling, employment services, health assessment, and immigration legal assistance, all in displaced people’s native languages. They empower refugee groups to identify their own needs and gain easier access to services.


“The most important thing is to figure out what gives people hope, and that takes a sustained effort.” 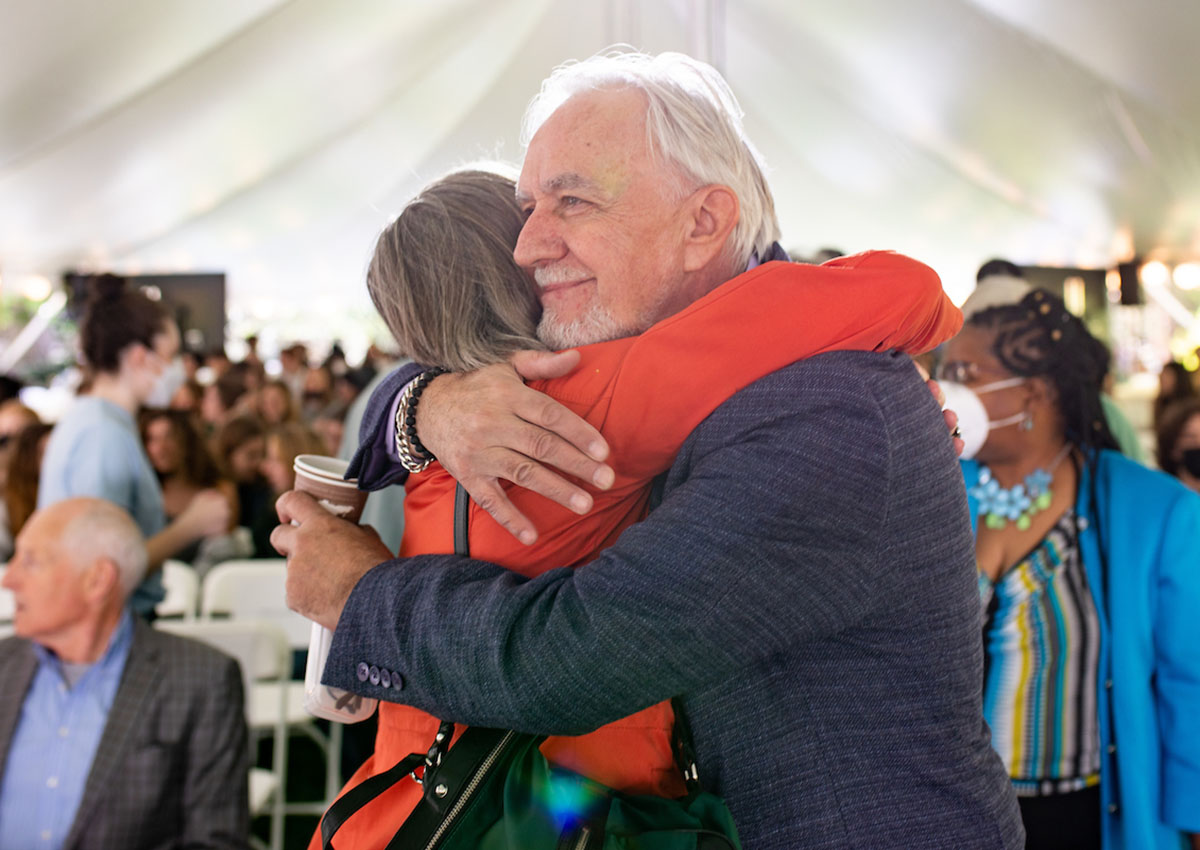 Worldwide, more than 82 million people have been forcibly displaced from their homes, according to UNHCR, the UN Refugee Agency; 42% of them are children. Despite the “toxic set of challenges” young refugees face, Zubcevic says, a disproportionate percentage of the young people he has counseled have excelled and built careers in pursuit of a more equitable world.

Even prior to the war in Ukraine, the number of refugees today was the largest in modern history. Zubcevic says, “It’s up to every country that has enough power or moral will to extend themselves to offer assistance to people who don’t have anywhere to go.”

The Joan Shaw Herman Award for Distinguished Service was established in 1976 to honor Joan Shaw Herman ’46, who was paralyzed after contracting polio the summer after her graduation. Although confined to an iron lung, she worked constantly to improve the lives of people with disabilities. Each year, Concord Academy recognizes a member of the alumnae/i community with this award for service to others. Read more about Herman and this award.