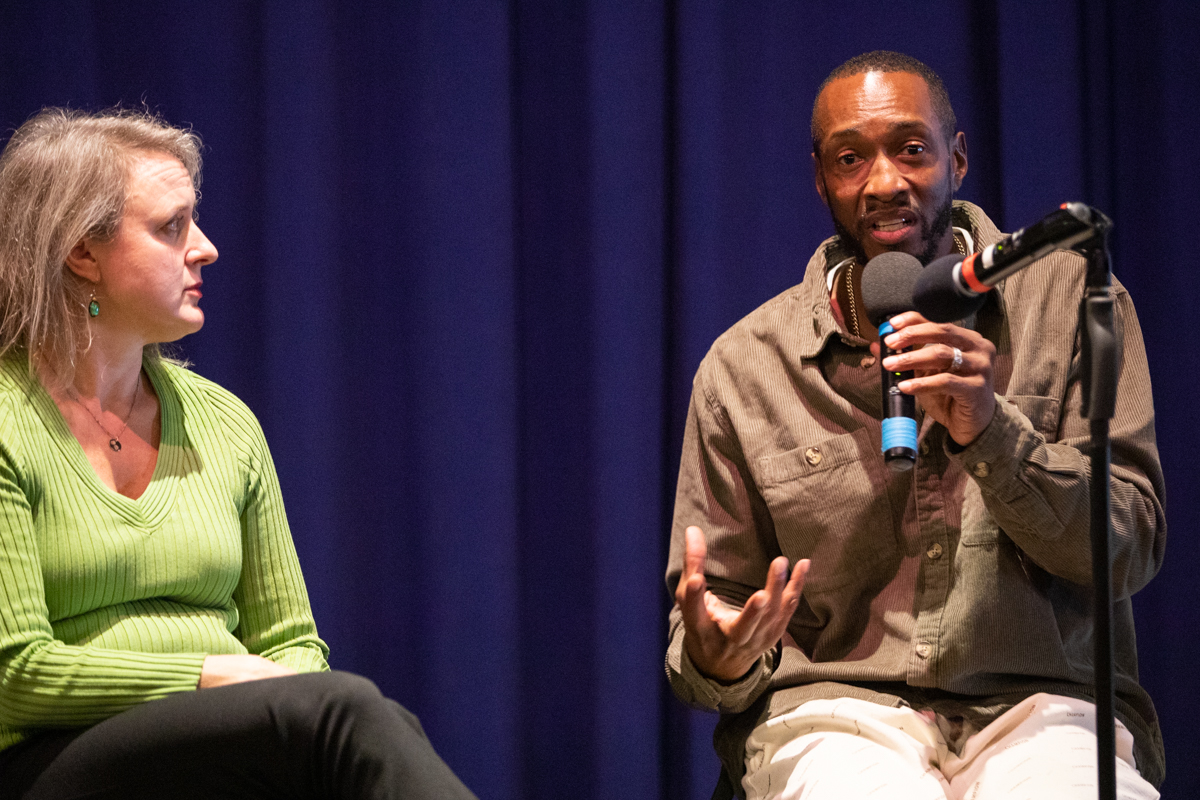 On September 30, Concord Academy welcomed to campus attorney Lisa Kavanaugh P’22 ’25, director of the Committee for Public Counsel Services (CPCS) Innocence Program, along with Sean Ellis, co-founder of the New England Innocence Project’s Exoneree Network. CA has been hosting gatherings and assemblies around Wrongful Conviction Day annually since 2019. As many on campus will remember, in 2020 and 2021 Kavanaugh presented alongside Ray Champagne, another co-founder of the Exoneree Network. Kavanaugh had expected Champagne to return with her this year, but after his sudden death in July, she was left to consider how to bring his voice into the conversation. “Ray’s story is really revealing,” she said, “both of what causes wrongful imprisonment and how unbelievably harmful prison is.”

So at CA last week, Kavanaugh began by telling Champagne’s story. He was, she said, always the first to admit he had made some bad choices that involved him in the criminal legal system. But when he entered the maximum-security prison in Walpole, Mass., in 1974 at age 19, he expected to be eligible for parole by his mid-20s. His girlfriend was then pregnant with his daughter, and he had hope that he could still be active in their lives. While serving time in Walpole, a prison notorious for violence, Champagne was wrongfully convicted for a murder that took place in the cell next to his—a crime to which another prisoner admitted, to another inmate, a year later. That evidence was withheld until 2019, when Kavanaugh’s legal team secured Champagne’s release. By the time he was freed, Champagne was 64 years old; his daughter was 43. 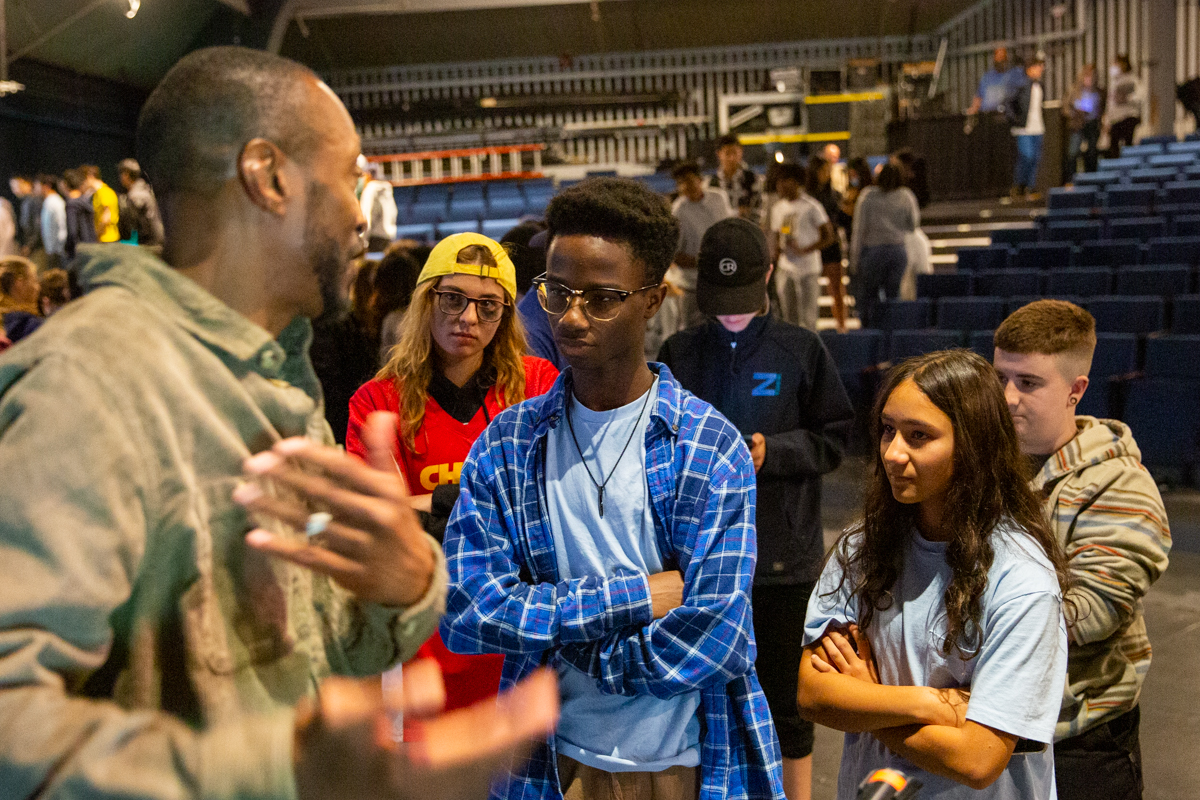 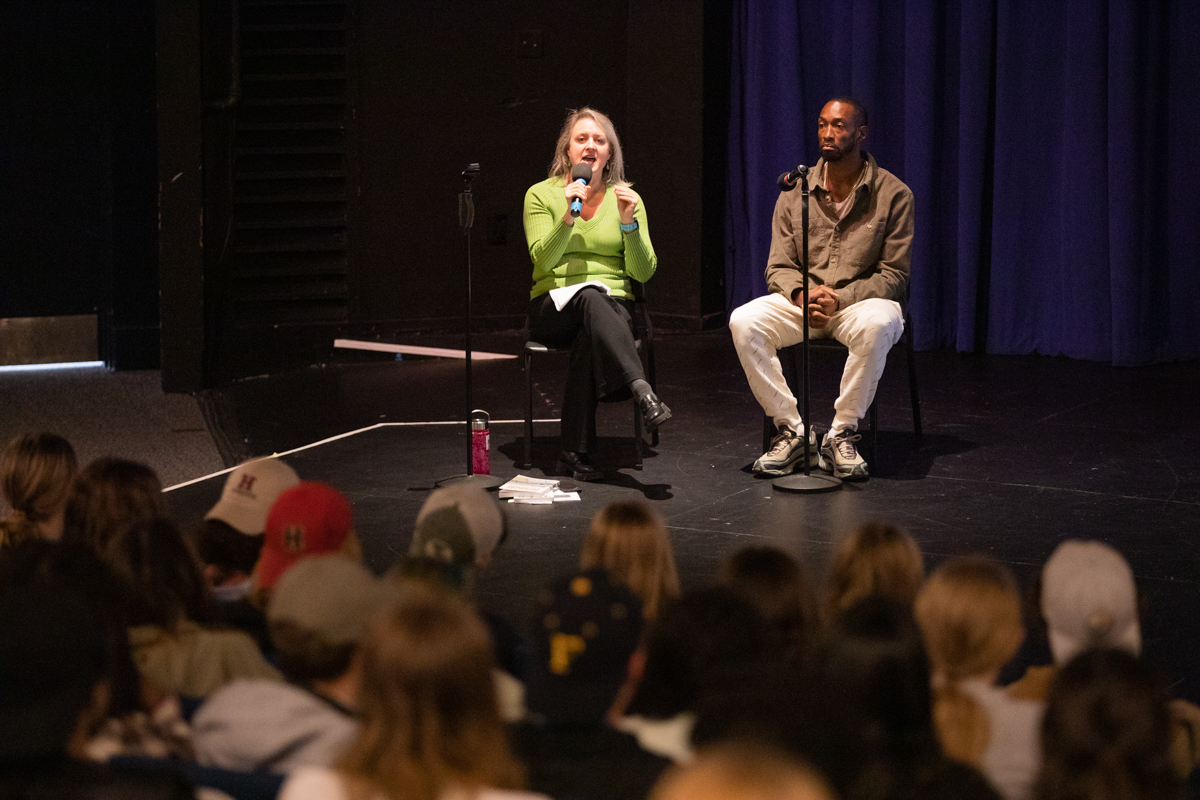 Champagne became a legend among incarcerated people who were preparing appeals—they called him a “legal Beagle,” said Ellis, who had also been wrongfully convicted and imprisoned at Walpole and who later joined Champagne and another exoneree, Victor Rosario, in creating an organization to help others in similar circumstances rebuild their lives in freedom. Ellis recalled seeing boxes and boxes with Champagne’s name in the legal storage area in prison (it was a sign he was someone who knew what he was doing, who could teach other prisoners about the legal process) although the two didn’t actually meet until after Ellis’ release. “Ray fought the system while he was in it, and he spoke out while he was in the custody of those doing the harm,” Ellis said. “To have the spirit to fight it is a rare commodity.”

Ellis spoke movingly at CA about what he endured during nearly 22 years in prison after being wrongfully convicted of the murder of a Boston police officer. His experience was the subject of the 2020 Netflix documentary series Trial 4. Like Champagne, he was just 19, but unlike him he’d had no prior involvement with the criminal legal system. In 1995, he received a life sentence without the possibility of parole. Though Ellis had heard stories about how dangerous Walpole was before he was transferred there at the age of 21, nothing prepared him for his initial period of round-the-clock confinement, or, thereafter, for the chaos of the prison environment—how the guards stoked racial tensions among inmates to prevent their organizing, or the necessity of forming “survival compacts,” as he said, despite not knowing whom he could trust.

In 2015, Ellis was released on bail when a new trial was ordered after it was found that evidence of corruption among investigating officers had been concealed in his original trial. Even though he returned to a loving family eager to help him—a system of support not all exonerees have—he experienced profound disorientation, modern life having passed him by. A smartphone was an incomprehensive object; the internet, foreign territory.

Even after Ellis’ wrongful conviction was overturned, it took a series of legal proceedings for his criminal record to be cleared of all charges, finally, in 2021—all told, his wrongful conviction took 28 years of his life. When a CA student asked whether he had received compensation, he explained that the Commonwealth doesn’t offer compensation automatically but rather provides a process to request it, one which involves further interrogation and deposition—additional trauma that continues to harm individuals after their release. “It’s a bad practice, and we need to collectively work to change it,” he said.

Kavanaugh and Ellis both addressed the necessity of programs such as the Exoneree Network and its New Day Fund, which provides newly released exonerees with money to buy necessities, a cell phone, technical training, mental health support, and a network of others who have experienced a similar miscarriage of justice. “The Exoneree Network came out of a loving place,” Ellis said, one of encouraging each other “to be better, to do better.”

Wrongful Conviction Day takes place annually on October 2, but CA students in the Prison Justice Project (PJP) club are active throughout the year in raising awareness of mass incarceration. The school’s proximity to the medium-security Massachusetts Correctional Institute at Concord, just 2 miles away, Kavanaugh suggested, presents an opportunity for partnership. For students looking to take action, she recommended connecting with the PJP co-heads or participating in the Prison Book Program.