Even in the best of times, a young adult aging out of foster care might struggle to find housing or a job. But after the pandemic struck this spring, New York courts that could have extended foster care eligibility were closed for months. “COVID-19 rocked New York City, and kids without relationships to more stable family units were going to be left out on their own,” says Tremaine Wright ’90, a member of the New York State Assembly. “It was really important to me to make sure they could get the assistance they needed.” As chair of the subcommittee on foster care, Wright sponsored a bill passed in July that places a temporary moratorium on aging out of foster care during a state of emergency, which allows 18- and 19-year-olds to remain in their homes and continue receiving services.

Over the summer, the assembly also enacted legislation extending rental assistance and allowing SNAP food assistance to be used to pay for grocery delivery. “A lot of our elderly, disabled, and those with compromised health couldn’t do that before, and they’re the exact people we want to stay home during COVID,” she says. Bills authorizing automatic voter registration and expanding access to absentee ballots also made voting easier during the crisis. 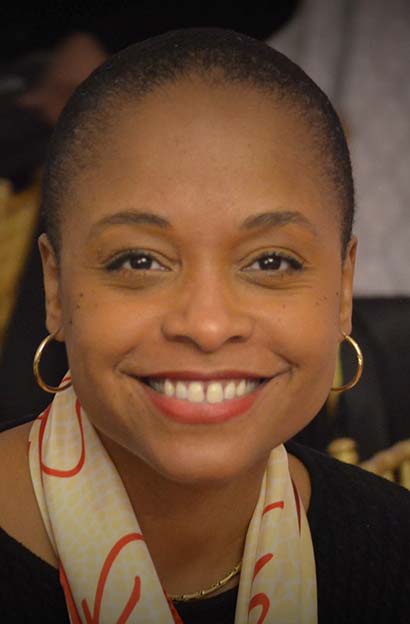 Although she didn’t win the New York State Senate nomination she campaigned for this summer, Wright, whose term ends in December, is proud of what she has accomplished in her three years representing her Brooklyn district, which includes Northern Crown Heights and her own neighborhood, Bedford-Stuyvesant. After the death of George Floyd in spring 2020, that included dramatic legislative reform. As chair of the Black, Puerto Rican, Hispanic & Asian Legislative Caucus, Wright coordinated a statewide response: a 10-point proposal of police-reform bills that included banning choke holds, mandating body cameras for all New York State police officers, and creating an office for independent investigation of deaths in law enforcement custody. In an emergency session in June, the assembly passed nine of the 10 bills.

“It was one of those moments that you just had to see,” she says. “Many of these bills have been championed in the state legislature for years, but this was the moment to get a positive response and get laws passed that will afford people much better protections of civil liberties.”

Wright, who earned a J.D. from the University of Chicago Law School, isn’t sure what will come next for her. Her pro bono legal work has focused on incarcerated women, family law, and small-business support, but she has also operated a coffee shop and spent 15 years as a community volunteer. “I’ve had enough varied experiences to say, this is where I want to put my energy in this moment, and I don’t feel compelled to do it any one way,” she says. “I guess that’s me being a chameleon.”