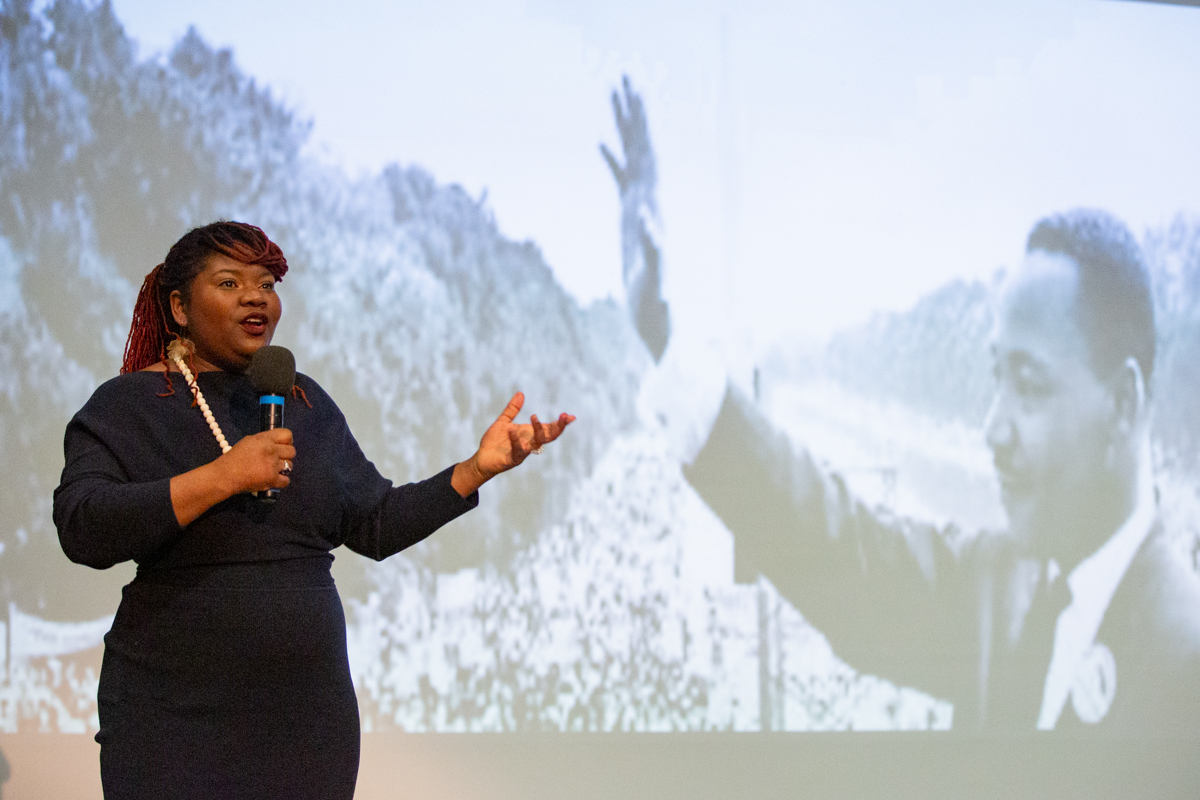 On January 16, in the Performing Arts Center, CA observed Martin Luther King Jr. Day with a program reflecting on Dr. King, the civil rights struggle, and the continuing efforts toward equity to which the school community is committed. Welcoming guest speakers and performers to campus, students, faculty, and staff dedicated a full day to building community and striving for justice.

Introducing the day, was keynote speaker Dr. Kellie Carter Jackson, the Michael and Denise Kellen ’68 associate professor in the Department of Africana Studies at Wellesley College, who spoke about King, his impact as a civil rights leader—and his life and legacy, both as a man and a myth.

Referencing King’s iconic “I Have a Dream” speech, Carter Jackson said she always asks herself, where were the women?

“Women were strategically left out,” she said. She noted that some in the movement thought that the songs of Mahalia Jackson at the 1963 March on Washington were enough of a female presence. Dorothy Height, along with other activists, organized the march but was not invited to speak. Daisy Bates, the president of the Arkansas chapter of the National Association for the Advancement of Colored People (NAACP), was tapped as a last-minute speaker. Her words, Carter Jackson said, were limited to a mere 142.

“This movement and this march were not perfect,” she said. She also commented that the national holiday has increasingly become focused on service—but that the protest was really about fair wages. “There is value in all work,” she said King believed and preached.

Carter Jackson added that all history is political in so far as it involves what a society chooses to remember or forget—what ends up in a history textbook or is omitted.

Carter Jackson cataloged the successes of the movement during King’s time: affirmative action, voting rights, immigration advances, and the Open Housing Act. Likewise, she acknowledged the movement’s failures, which included the lack of reparations, ineffectiveness on drug-related issues in Black communities, and little progress in closing the wealth gap. 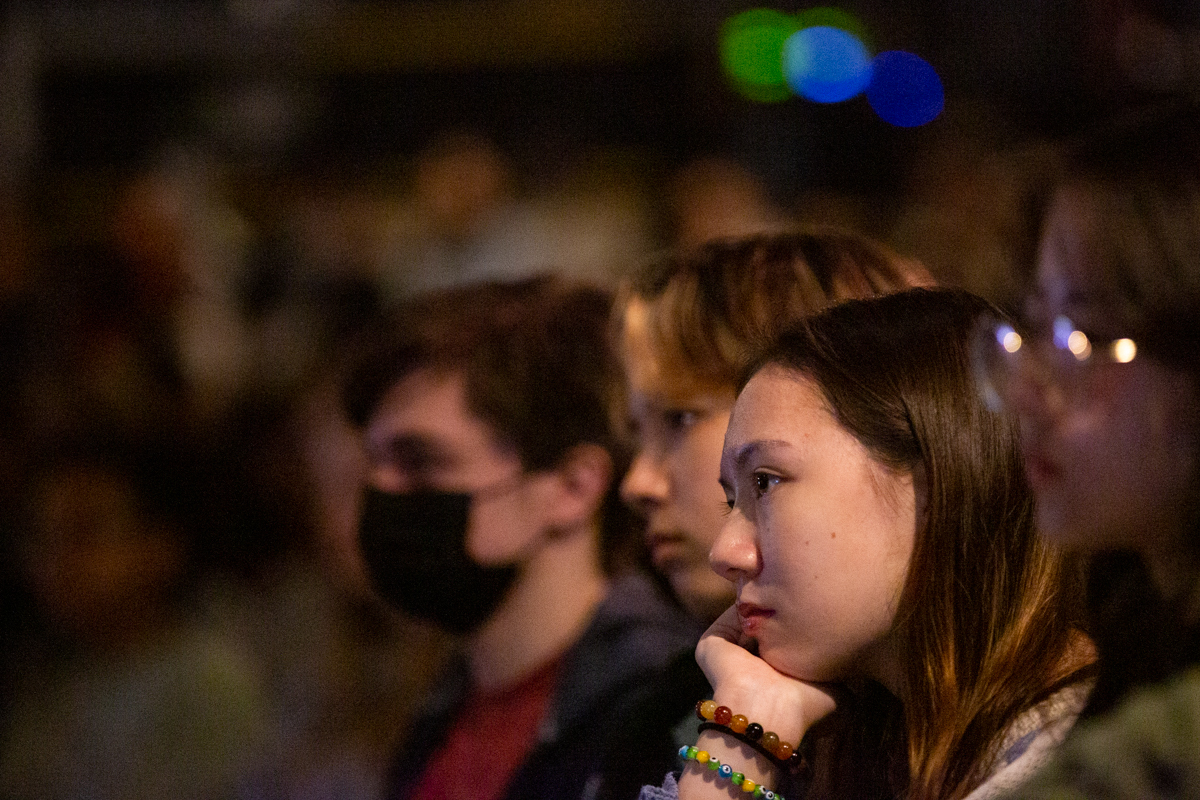 She said that King’s reputation became complicated and his one-time followers even booed him after the march, because the dream that he had put forth had, in some ways, “turned into a nightmare.” Some Americans were disheartened when King broadened his work to address socioeconomic class, she said. “Justice is costly … there is a difference between choices and choosing.”

Carter Jackson added, “Change does not roll in on the wheels of inevitability. If you want to have change, you have to fight for it… none of the change we have today was inevitable.”

At the end of her talk, Carter Jackson took questions from students, covering topics including apartheid in South Africa and the philosophical differences between King and Malcolm X. She touched upon the conundrum of an emerging Black middle class, the myth of scarcity, and the wisdom of Toni Morrison, who said that when a person gets power or freedom, it is incumbent upon them to help others attain the same.

The community then moved into a series of workshops led by both students and faculty. Topics included environmental racism and justice, classism in the United States, and Black expression through arts and culture. This impactful programming unfolded thanks to the work of the Community and Equity (C&E) Office, along with C&E student co-heads Aina Tasso ’23 and Kadijah Bah ’23, who collaborated with others across the CA community.

CA’s MLK Day program concluded with dance performances by Izizwe Dance Studio. Before his performance of “Dance in Resistance,” Mcebisi Xotyeni shared a video of African dancers in South African townships, influenced by IsiPantsula, a cultural expression that emerged there as a way of affirming identity during the apartheid era. Xotyeni then performed a solo piece that fused traditional African dance styles with modern genres. He noted that, when their West African drums were taken away, IsiPantsula dancers used their feet and bodies as percussion. Xotyeni concluded with a drum performance using the djembe and a short talk on the history and relevance of the djembe drum.

Alexa Holmes, director of community and equity, focused on King’s legacy and the future in her closing remarks. “Our intention for this program is to create space for learning, for reflection, for joy, and for healing,” she said. 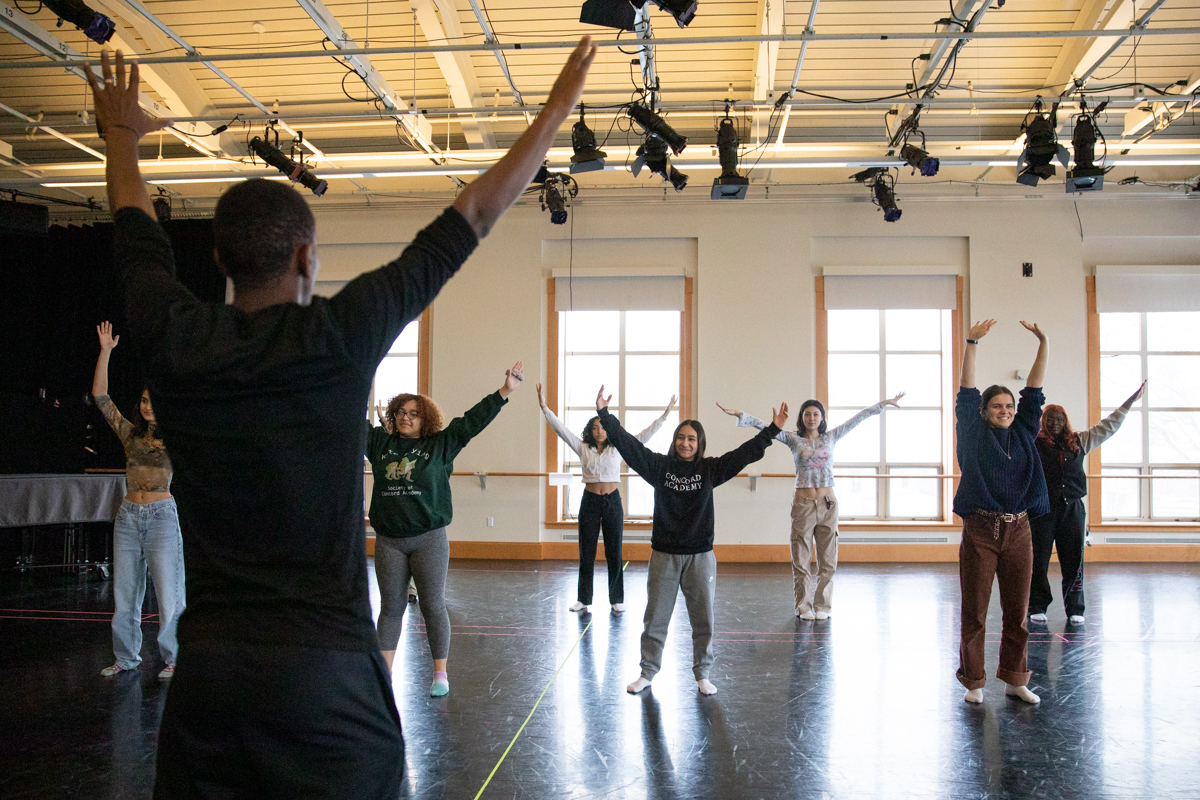 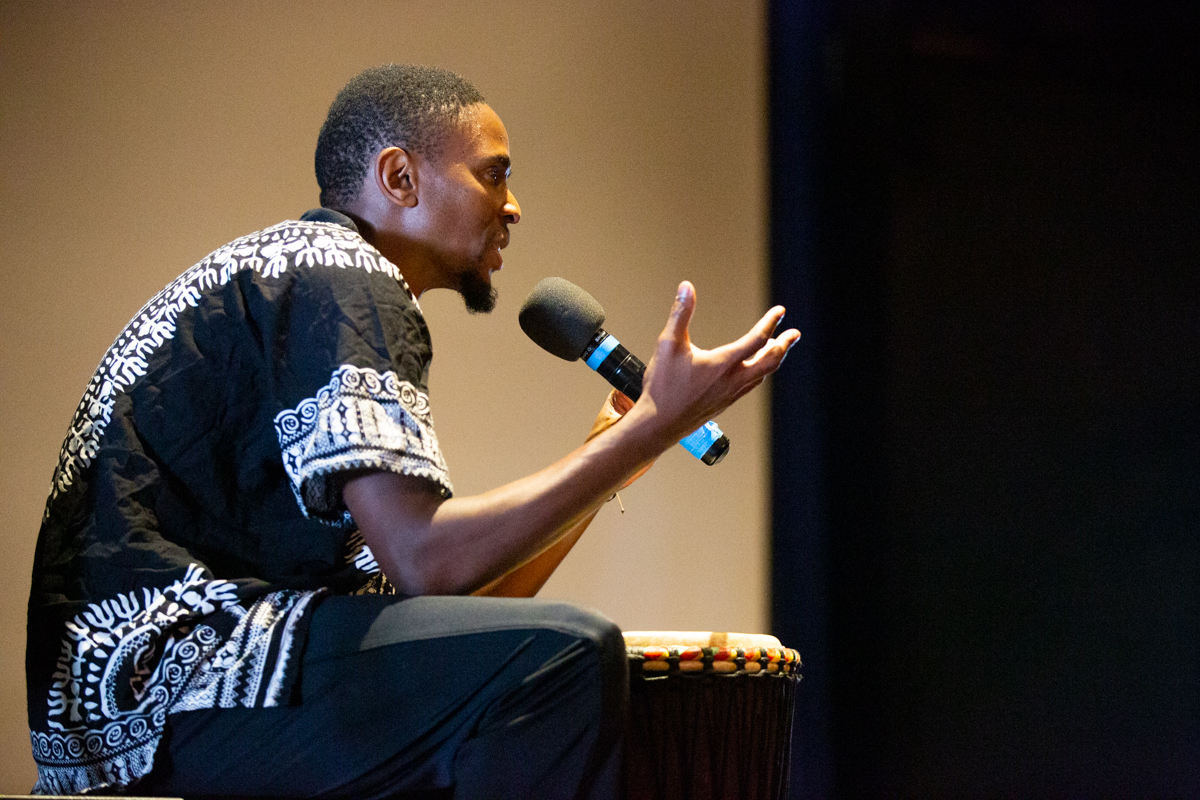 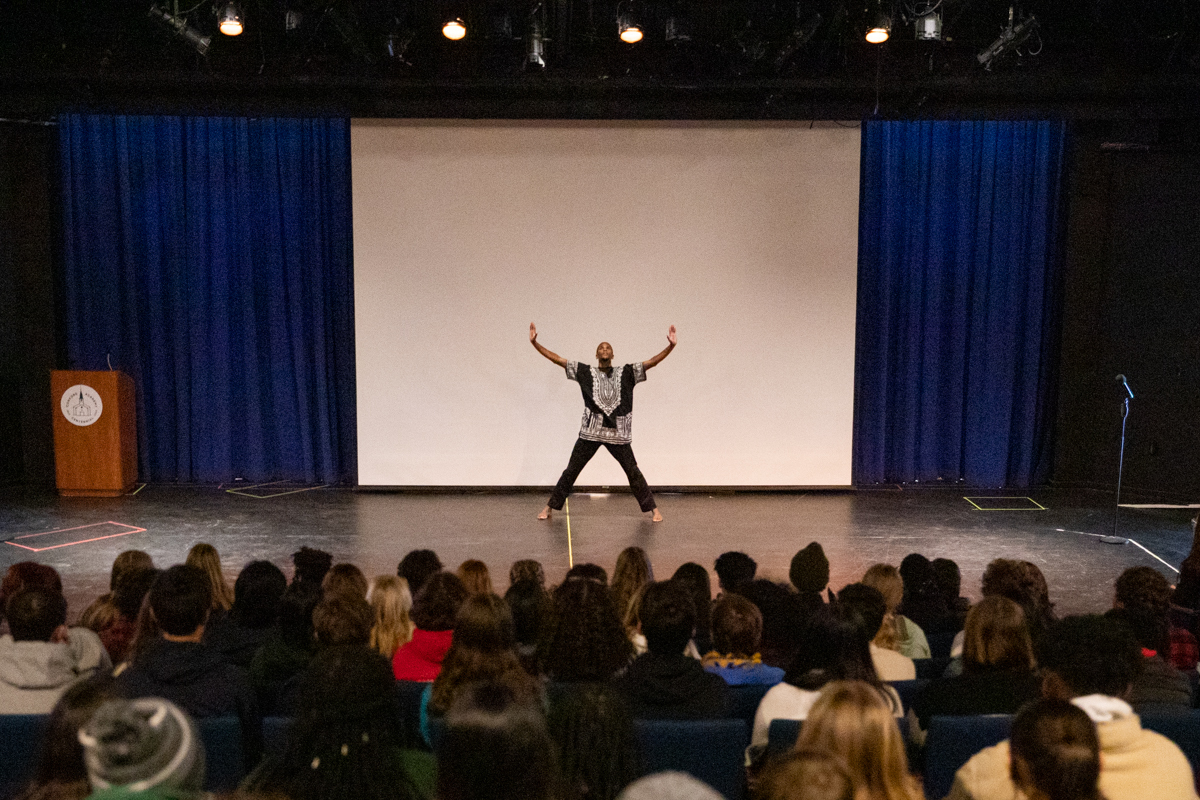 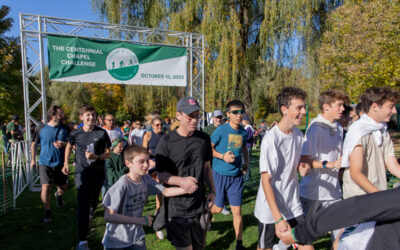