The Lore of the Rings

After Martha Leggat ’85 graduated from college, she and her close friend Jennifer Russell ’85 traveled to Australia and New Zealand to work as WWOOFers, farm hands hired through the nonprofit Willing Workers on Organic Farms (now called World Wide Opportunities on Organic Farms). While she worked, Leggat wore her Concord Academy class ring, as she always did. On her last day at a gherkin farm in Australia, Leggat was weeding a large zucchini field when she realized the ring was no longer on her finger and nowhere to be found. Before leaving, she wrote a message in the farm’s guestbook, providing her parents’ address in Lincoln, Mass., should anyone find the ring. After several more months of farming and travel, she and Russell returned to the U.S. and immersed themselves in life and work at home.

Eight years later, Leggat’s parents received a letter from Cole Stakum, the Australian gherkin farmer. He told them that he was in the process of selling his farm, and while turning over the soil for the very last time, he’d spotted a bit of gold. “It was my ring,” recounts Leggat.

With confirmation that the address was still valid, Stakum mailed the ring, which arrived a month later. “It was tarnished, badly mangled, almost completely unrecognizable,” says Leggat. “But we took it to a jeweler and they restored it to be like new. I’ve worn it ever since. My ‘lucky ring’ has become a symbol for me of the enduring bond I feel with Concord Academy. There were hard times while I was there—I was a teenager!—but there were so many magical times too.”

Share Your Story
Do you have a class ring story to contribute to CA’s Centennial Celebration? Email communications@concordacademy.org to share it. 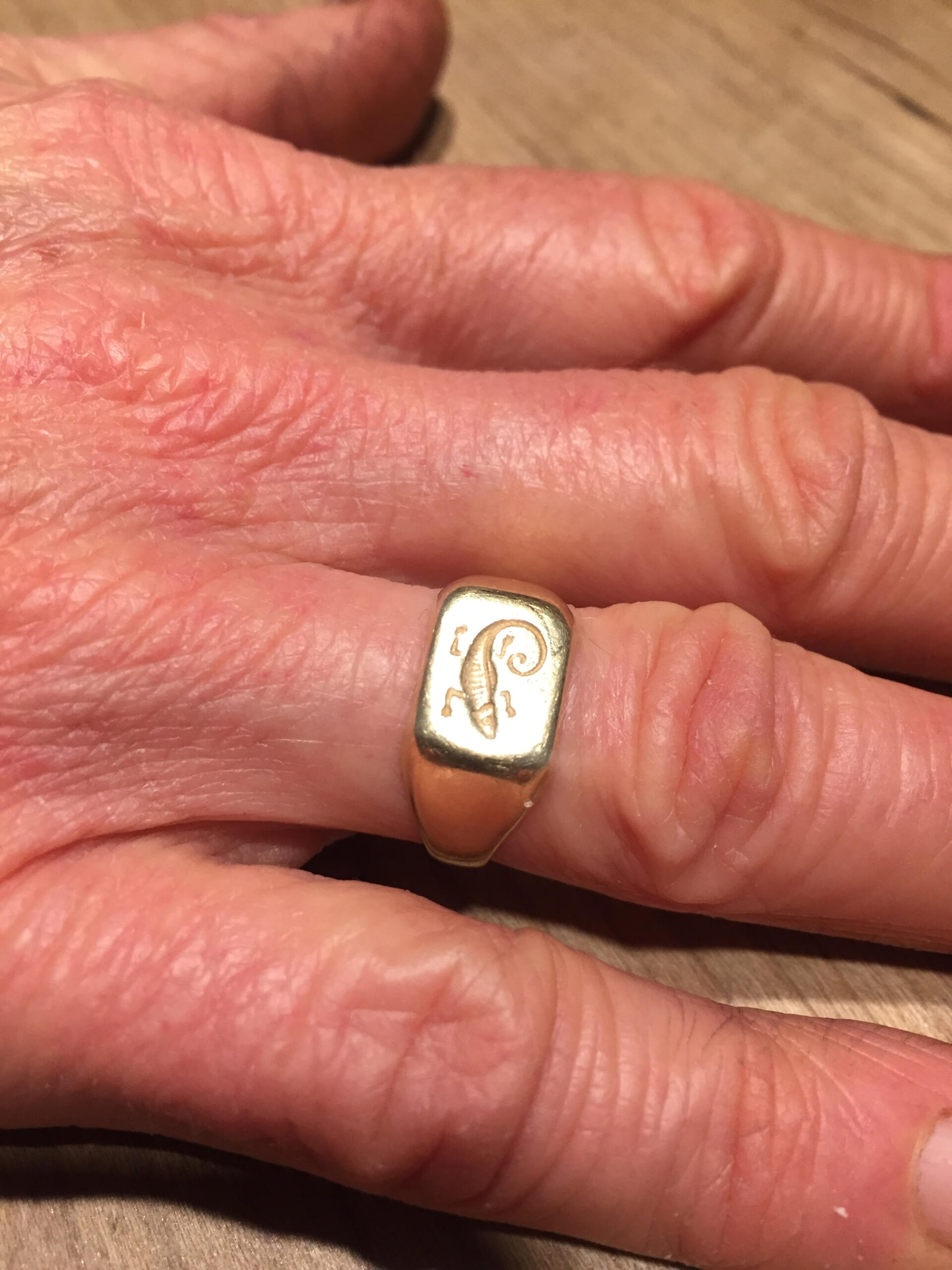