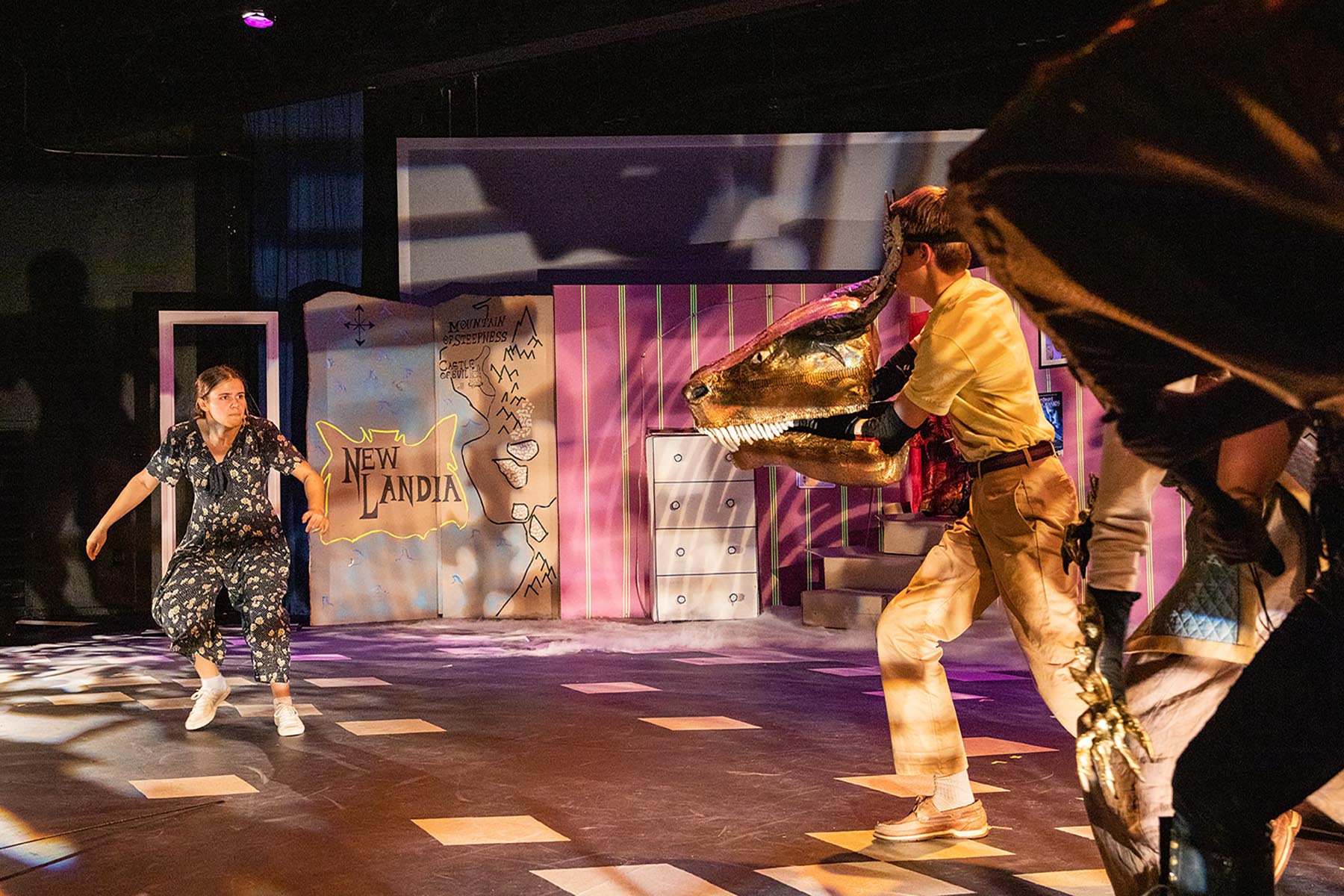 The Concord Academy Performing Arts Department delighted audiences with live performances of She Kills Monsters by Qui Nguyen on October 28 and October 29. Directed by theater teacher Shelley Bolman, the high-energy show was thrilling, heartfelt, and at times hilarious, incorporating puppetry and swordplay in an immersive experience that blurred the line between fantasy and reality.

Set in the 1990s, the play follows a school teacher named Agnes, who is searching for meaning in her life. After losing her family, she discovers a homespun Dungeons and Dragons module while packing up her sister’s room. Using it as a guide, Agnes finds her real life and imagination merging as she embarks on a journey filled with fables and friendship.

In a time before Facebook, Dungeons and Dragons offered marginalized communities a source of creative connection. “Shared stories define a community,” Bolman says, providing the means to “explore our dreams, to reach for understanding, and to forge those critical, cornerstone interpersonal connections.” He says he has become selective about the stories he chooses to tell–as a friend, a parent, an actor, or a teacher deciding on a play to share with the CA community. This play he selected because, he says, “at its heart, the game Dungeons and Dragons is an exercise in group storytelling.”

She Kills Monsters was assistant directed by CA student Mars Bitout ’23, who also played the character Lily, the popular girl next door by day and D&D demon queen Lilith by night. “This show is for anyone, especially those who have sometimes felt out of place in the world, whether it is because of their interests, identity, or something completely different,” Mars says. “From my point of view, the entire goal of the show is to show people that they are not alone.”

The play proved to be an action-filled adventure, featuring sword fights, hand-to-hand combat, and an epic battle against a dragon. Bolman says he knew from the beginning that they’d need a professional fight choreographer. “We were incredibly fortunate to be able to hire Ted Hewlett,” he says. “Ted is a friend and colleague I’ve worked with before professionally, but he doesn’t often work with high schools. This project and collaboration were enough to entice him and the show was, clearly, the better for it!”

Bolman’s favorite part of the process was working hands-on with the students. “It reminds me why I went into theater in the first place,” he says. “Their hard work, investment, and enthusiasm are a pleasure to behold.”

Join the Performing Arts Department for more incredible stories from the stage. Save the date for the next Mainstage production, Pippin, on Friday, February 24, and Saturday, February, 25, at 7:30 p.m. See you in the audience. 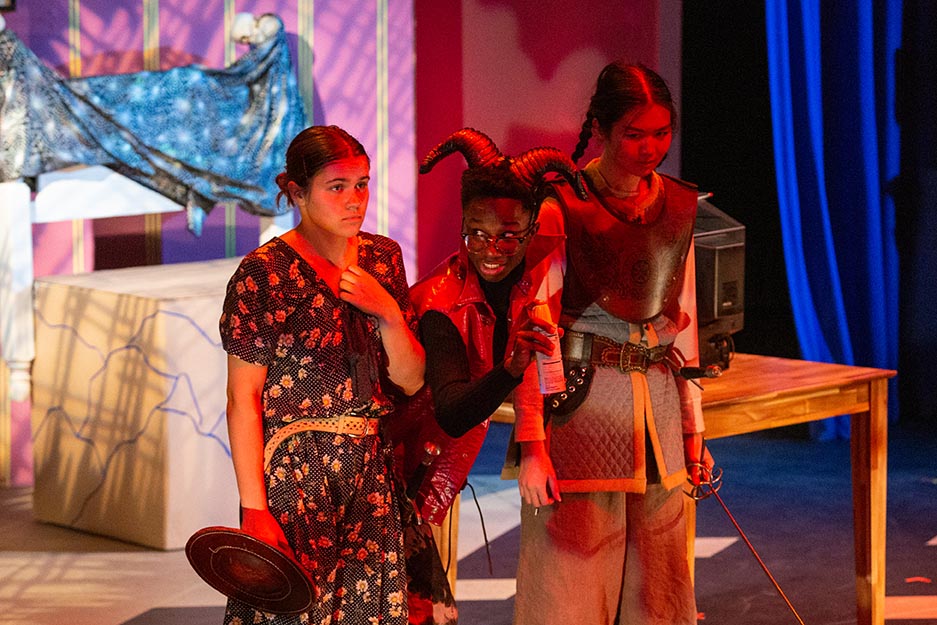 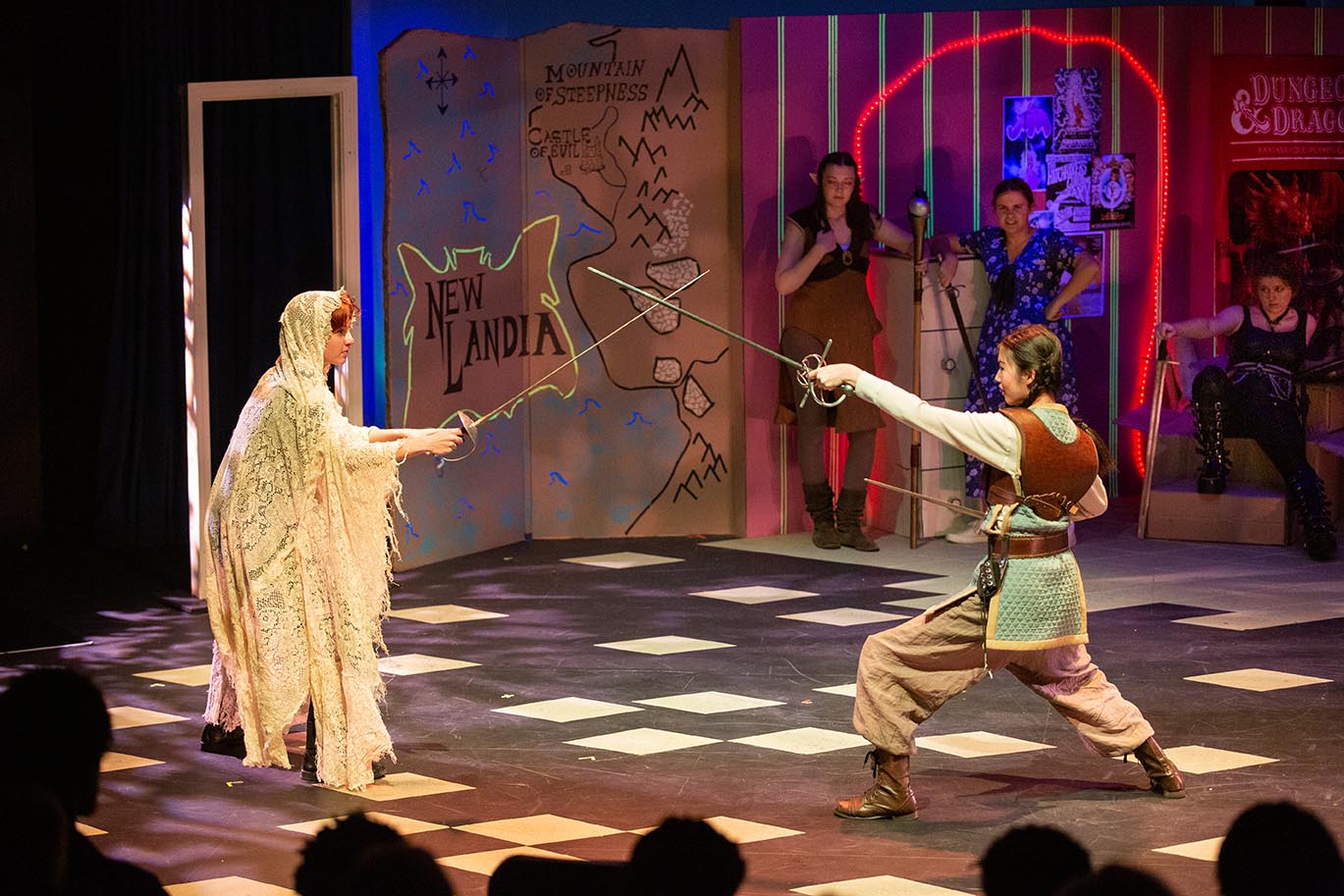 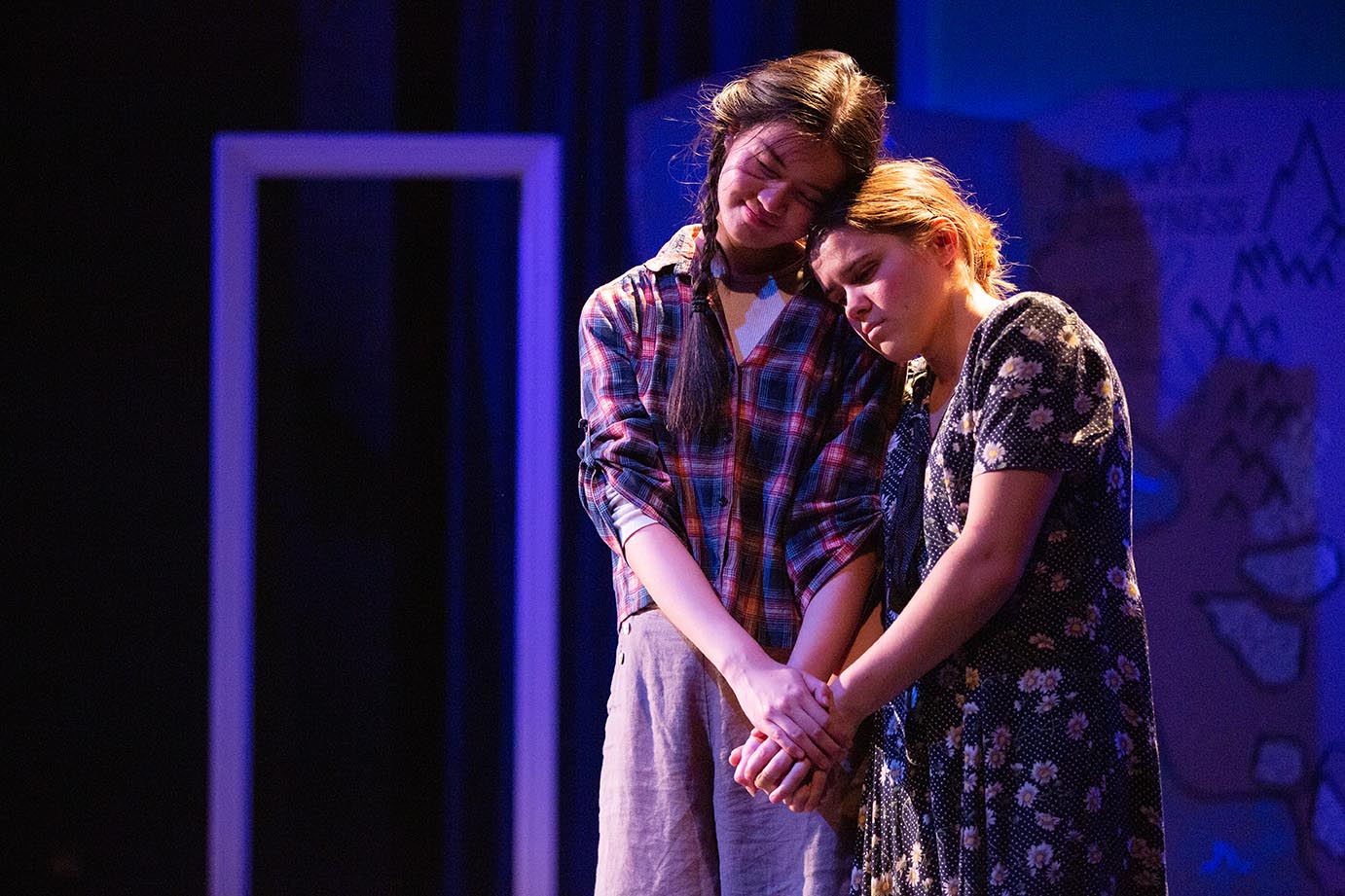