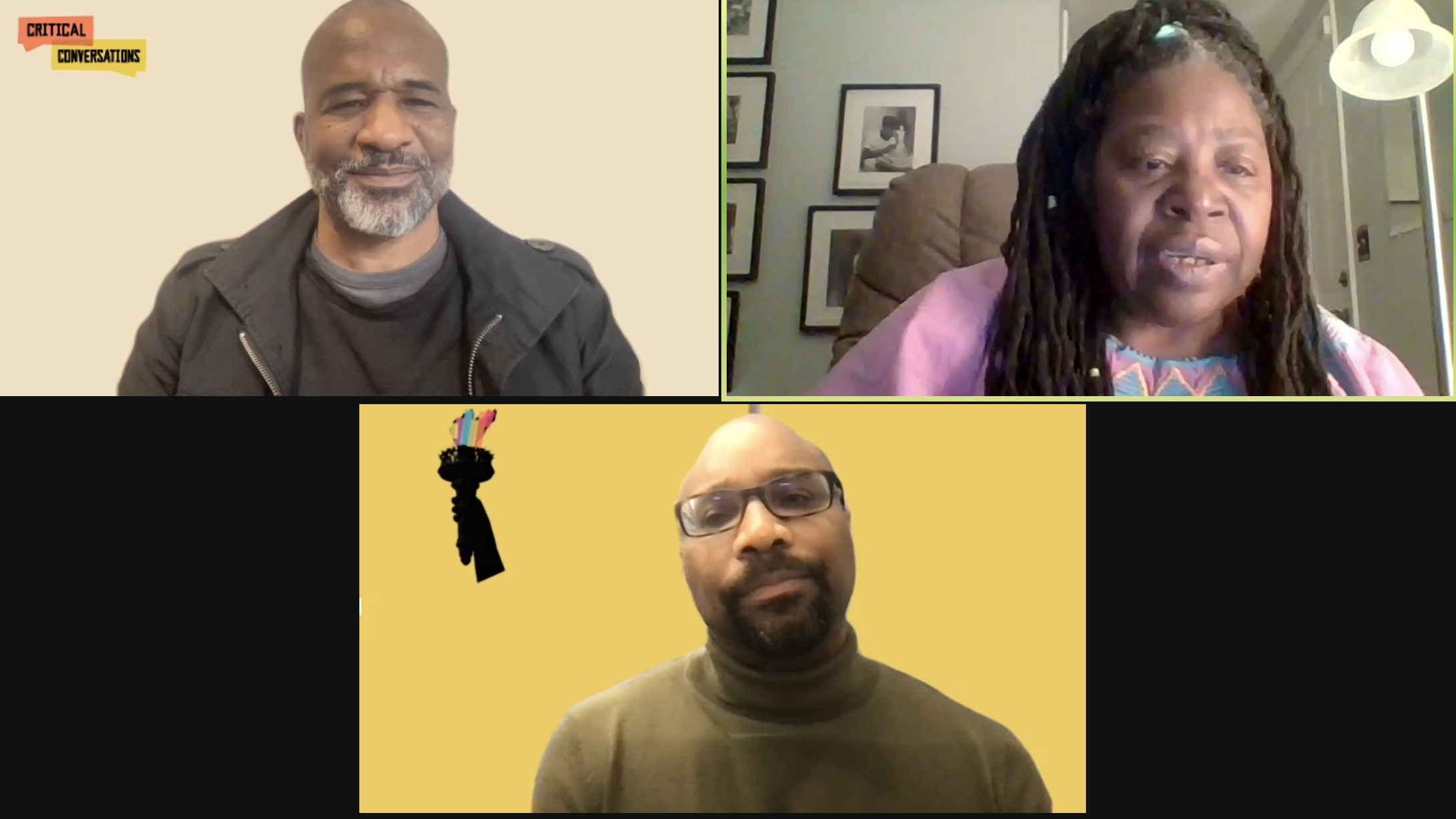 In her work as an activist and teacher, Loretta J. Ross says she leads with “grace, love, and respect” as opposed to “blame, shame, and punishment.” She believes in the power of accountability though calling others in rather than calling them out. “You can use ‘calling-in’ techniques to help people align their inner goodness with their outer behavior,” Ross said during a virtual talk on November 18. She was the first presenter in this year’s Critical Conversations Speaker Series.

The series, hosted by New Roads School in Santa Monica, Calif., aims to bring conversation and professional development around equity and justice to schools across the country. For a second year, Concord Academy has partnered with New Roads School as a national sponsor of the series. In addition to bringing these opportunities to our school community, CA has also extended and secured partnership with METCO (The Metropolitan Council for Educational Opportunity) and the 31 public school districts in the Boston area it represents.

Mario Johonson, director of student life and equity and inclusion at New Roads School, moderated the event, kicking off the discussion by asking Ross what impact cancel culture has had on our society. Ross explained that when we engage in cancel culture though publicly shaming someone, “instead of inviting them to a conversation, you invite them to a fight.” She added that we can’t fault people for wanting to hold others accountable for their mistakes; however, “cancelling” is not a productive way to do so. In the context of “cancelling,” an apology from the other person is seen as “gaming the system,” she said, while silence equates to avoiding accountability. Ross suggested that there is a better way to engage productively with one another when someone causes harm. And she offered a personal example from her own experience.

Recently, Ross saw flyers around Smith College, where she is a professor, advertising an event where she would be the keynote speaker. Ross was shocked; no one had asked her beforehand if she would speak at this event. At first, she considered not showing up, deeply upset by this breach of protocol. Ross described having to “call herself in” at this moment. Since she did not know the event organizer well, she acknowledged that did not want to start their relationship by publicly humiliating this person. Ross decided that she would join as the keynote speaker. Afterwards, she set up a time to have a private conversation with the event organizer about this mistake.

Johonson then asked Ross to describe her vision of calling people in through her teaching. Ross referenced her past mentor C.T. Vivian, civil rights organizer and former aide to Martin Luther King Jr., who told her, “When you ask people to give up hate, then you need to be there for them when they do.” Ross internalized this message, aiming to create spaces in her classrooms and communities where people can make mistakes and grow from them. “We should all be growing constantly,” she said. “It’s through that growth that you really get to understand how fascinating and joyful life is.”

Head of New Roads School Luthern Williams wrapped up the conversation by asking Ross what educators can do to make this “calling-in culture” come alive. Ross emphasized reimagining our pedagogy to help affirm the full humanity of students.

New Roads School will host a debriefing conversation about Lorretta Ross’s talk for attendees on Friday, December 2, at 8:00 p.m. EST. Register here. The other two virtual events in the Critical Conversations series will take place on January 20 and March 10 at 8:00 p.m. 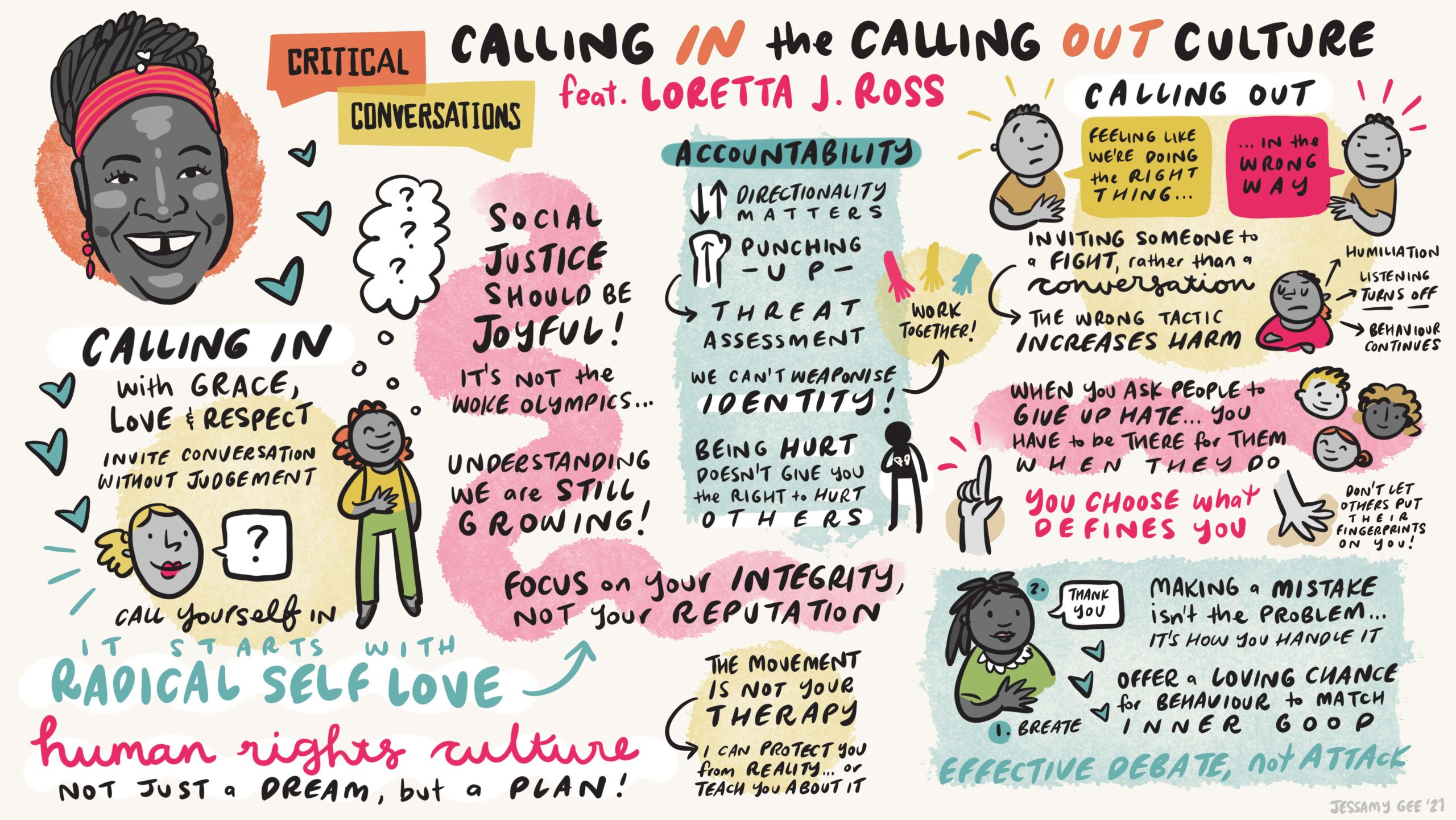