On the evening of October 20, a group of Concord Academy faculty, alumnae/i, and community members gathered in the dance studio to celebrate two decades of endowed support for innovative teaching, and the work of an exceptional teacher. Film teacher Justin Bull was the fifth recipient of the Katherine Carton Hammer ’68 Endowed Faculty Chair, a three-year fellowship that was established by a collective gift in memory of Katie Hammer ’68 and in honor of her commitment to CA’s faculty.

Head of School Rick Hardy described Hammer, who served as head of the Board of Trustees from 1995 to 1998, as a “leader who was intelligent, insightful, and kind,” as a “true believer in CA” who was “most passionate about the experience of students, and the impact of teachers.” The event was an opportunity to gather Hammer’s classmates and donors to the endowed fund, and to hear from Bull, who had benefited from this support for the previous three years.

Introducing Bull, who has taught at CA for 14 years, Hardy shared the perspective of a student whom he had inspired: “Justin has the ability to be everywhere at once,” the student said, piloting new programs and reinvent old ones, keeping the filmmaking program fresh for beginning and advanced students alike. In addition to Bull’s exceptional contributions as a teacher, Hardy praised his “thoughtful approach and creative insight into matters involving the CA community, as well as his wry sense of humor.” 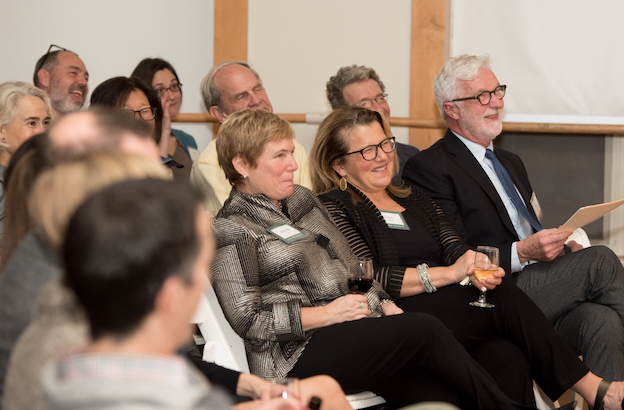 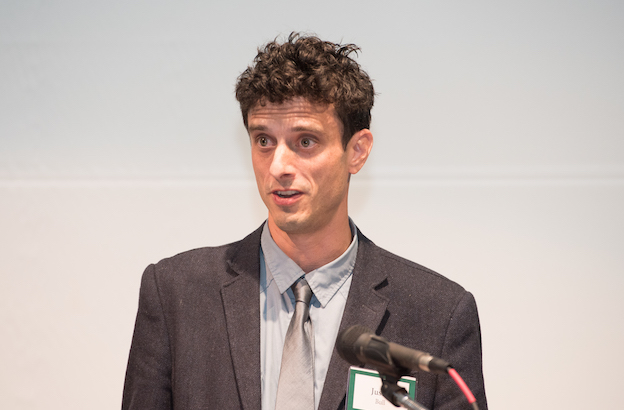 In his talk, Bull drew on that humor often, in self-deprecation but also to illuminate the heart of teaching. As the 2015–2018 holder of the Katherine Carton Hammer ’65 Endowed Faculty Chair, he had undertaken the filming and production of two short films and saw the students’ most recent Feature Film class project through the final stages of post-production. But what he spoke about that evening was not what he had accomplished.

“My projects have been immensely gratifying and reflect the work I aspire to do with my students each and every day,” Bull said. But he said he found himself drawn to speak more to the “why” of his work as a teacher, more than the “what” or the “how.” In his talk, he attempted to answer a question he said he asks himself often: “What am I doing here anyway?”

Bull spoke about what he had learned from his colleagues at CA, from even before he began, during his job interview, in which he sat in on a film class taught by Chris Rowe. Bull was taking the place of Mark Fields, an Emmy Award-winning filmmaker and the first holder of the Hammer Chair — and those felt like some big shoes to fill.

Bull, who was born and raised in rural upstate New York, reflected on the teachers who had inspired him at his public high school there — a trio of English teachers who played blues harmonica together for a few minutes each morning and seemed, he said, “genuinely interested in life.” A fourth teacher, Mrs. White, taught creative writing, a subject Bull as a teenager hadn’t given much thought. Her attention to a detail in a writing assignment he had dashed off made him slow down and take note. “Her simple act of noticing and naming something in my work cemented a previously unborn idea in my mind: I would someday fancy myself a writer,” he said.

Bull humorously boiled these ideas for good teaching down to two big concepts: “Show some enthusiasm. And notice good stuff.” The third guiding ideal he discussed he called “stealing greatness,” and it had everything to do with collaboration.

“Negative capability is an elusive skill that can and should be taught to students, educators, and creators of all sorts.”
– Justin Bull, film teacher 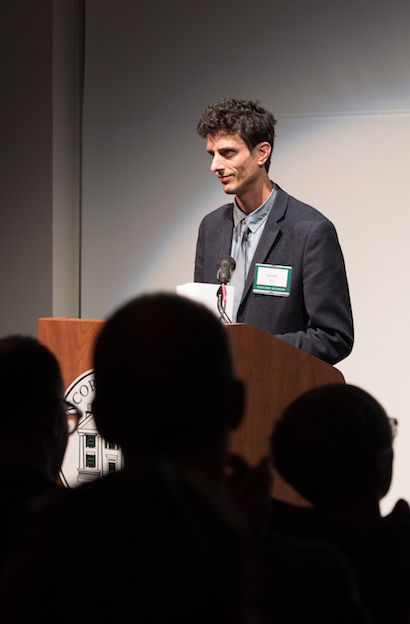 After Bull had taught at CA for a few years, longtime CA dance teacher Richard Colton approached him about a dance collaboration with his Film 2 class — a series of short works to be filmed at a nearby horse farm. Bull recalled weighing the decision to take a risk and severely alter his curriculum.

“There is a concept that speaks to the path I would choose when answering Richard’s invitation, a decision that would push me to rethink my own teaching and ultimately lead me to find my own stride as an educator,” Bull said — one the faculty members in the Visual Arts Department discuss often. That was Romantic poet John Keats’ concept of “negative capability,” the ability to exist in uncertainty rather than reflexively relying on reason. Bull called it “an elusive skill that can and should be taught to students, educators, and creators of all sorts.” It was also, he said, why he fell in love with filmmaking and with teaching — creative acts he considers one and the same.

Bull concluded by acknowledging the place of privilege from which he spoke, which allowed him his willingness to accept the unknown and to embrace partnership. He called for a greater awareness of that privilege, or lack of it, when we ask teachers, and students, to take risks.

At the close of Bull’s talk, Pauline Lord ’68, P’04 was moved to share her recollections of Hammer, who had been her classmate. Lord laughingly recalled her surprise when she learned that her free-spirited friend had agreed to lead CA’s Board of Trustees. After becoming a trustee herself, Lord found that Hammer had proven herself to be “organized, focused, and incredibly hard-working,” she said, and that under her watch, the school had invested in meaningful ways, including constructing the Student Health and Athletic Center, where the group was gathered that evening.

Finally, the next holder of the Hammer Chair, English teacher Nick Hiebert, was also welcomed. Hiebert plans to use the funds and time provided over the next three years to improve his inclusive teaching practices, especially his teaching of writing and the role his own white racial identity plays in the classroom. 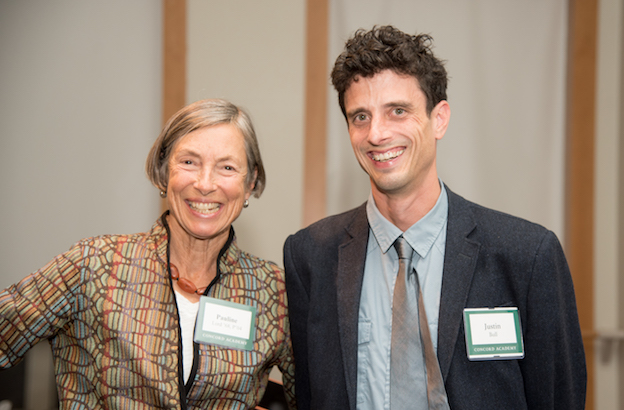 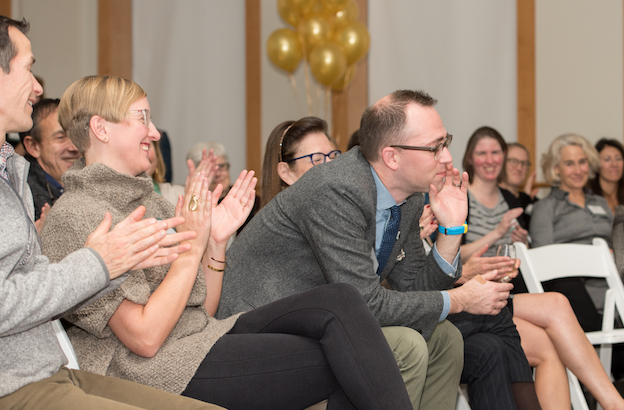 The Katherine Carton Hammer ’68 Endowed Faculty Chair was established in 1998 in memory of Katie Hammer ’68, president of the Concord Academy Board of Trustees from 1995 to 1998. A fervent supporter of the faculty, Hammer considered talented, inspiring teachers to be the key to CA’s character and continued strength. Following her untimely death in 1998, her family and friends decided that the most meaningful way to honor her commitment to CA would be to endow a permanent fund to reward and support gifted teaching. The award recognizes and supports the distinguished work of a midcareer faculty member who has demonstrated outstanding talent in the classroom and inspired educational vision.