Imani Perry ’90: Hope is a Discipline

With last year’s publication of her sixth book, Breathe: A Letter to My Sons, Imani Perry ’90 is making the political personal in a way that her ear- lier scholarly works did not. But it’s a natural transition for a woman who is an academic, an activist, a writer, and a mother — and who has been con- templating how best to communicate about issues of equality since she was a teen.

“As an African American student at an independent school, of course I faced challenges around issues of race and inequality,” says Perry of her years at Concord Academy. “But I always felt that there was space for me to raise those issues. CA was a wonderful place where a lot of value was placed on the life of the mind, on creativity, on individuality. Being able to speak honestly and push for more inclusivity while still a high school student was an important experience for my future as a scholar and as a teacher.”

Born in Birmingham, Ala., to parents whom she describes as activists and political organizers, and raised in Cambridge, Mass., Perry says that as a young person she was interested in “the question of how we make society more just and equitable. All of my research and my study have been about the ways that inequality, whether patriarchy or racial inequality, works; how people have historically tried to undo that inequality; and why these issues still keep coming back.”

As an undergraduate at Yale, she recognized that her interest was “not just at the level of laws and policy and social movement but also at the level of art and creativity and literature.” 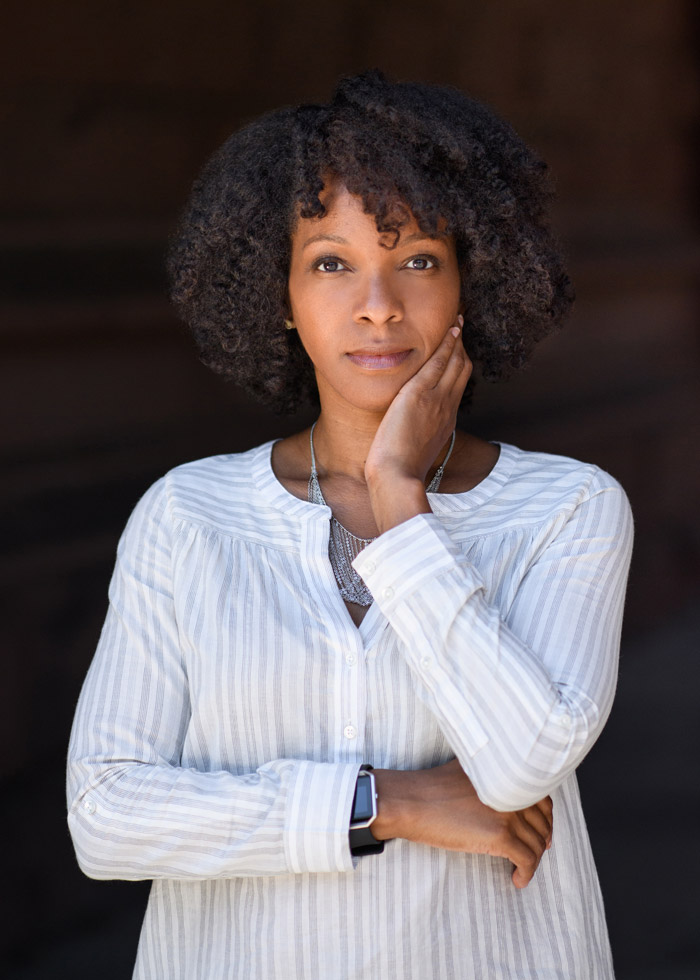 Those dual passions led to multiple postgraduate degrees: Perry holds a J.D. from Harvard Law School, an LL.M. from Georgetown University Law Center, and a Ph.D. in American studies from Harvard. Now a professor of American studies at Princeton, where she is also affiliated with the Gender and Sexuality Studies and Law and Public Affairs programs, she has authored several scholarly books, but last year’s Breathe is a departure from her usual academic writing in that it is personal and intimate.

“Breathe is intended to draw on the best of the traditions and resilience of African American history for Black children who are growing up in a profoundly unequal society,” Perry says. “My sons are now 14 and 16, and they are coming of age in an era in which blatant, old-fashioned forms of racism have risen again, one in which they are inundated with the phenomenon of police killings of innocent African Americans. But this is also an era of social movement, where people are protesting and resisting. The book is an effort to demonstrate to the world that while there is a lot of unfairness, there is also a lot of beauty. I wanted to offer my sons and their generation ways of making meaning of their lives against this complicated backdrop.”

“Every social transformation we have witnessed has required people to believe something was possible that didn’t yet exist.”

Not all activism happens on the level of ideology, Perry points out. Practical resources matter too. “One of the things I have really been inspired by in response to both the pandemic and the series of deaths of African Americans has been the emergence of mutual aid organizations,” she says. Addressing the wave of political protests touched off by the killing of George Floyd, she says, “People are sharing food, water, emergency care. Even though it is critical that we push for good policy transformation, I’m pleased to see people modeling change in their day-to-day lives.”

It is, says Perry, an ongoing effort — one that she writes about, teaches to her students, and discusses with her sons. She likes to say that hope is a discipline, something that takes intention and practice. “You don’t just look to the world and decide naively to be hopeful. You have to work at it,” she says. “You look for the moment where kindness and love shape what hap- pens more than victory and greed and meanness. Every social transformation we have witnessed has required people to believe something was possible that didn’t yet exist. If you want to change the world, you have to invest in your imagination and your passion.”