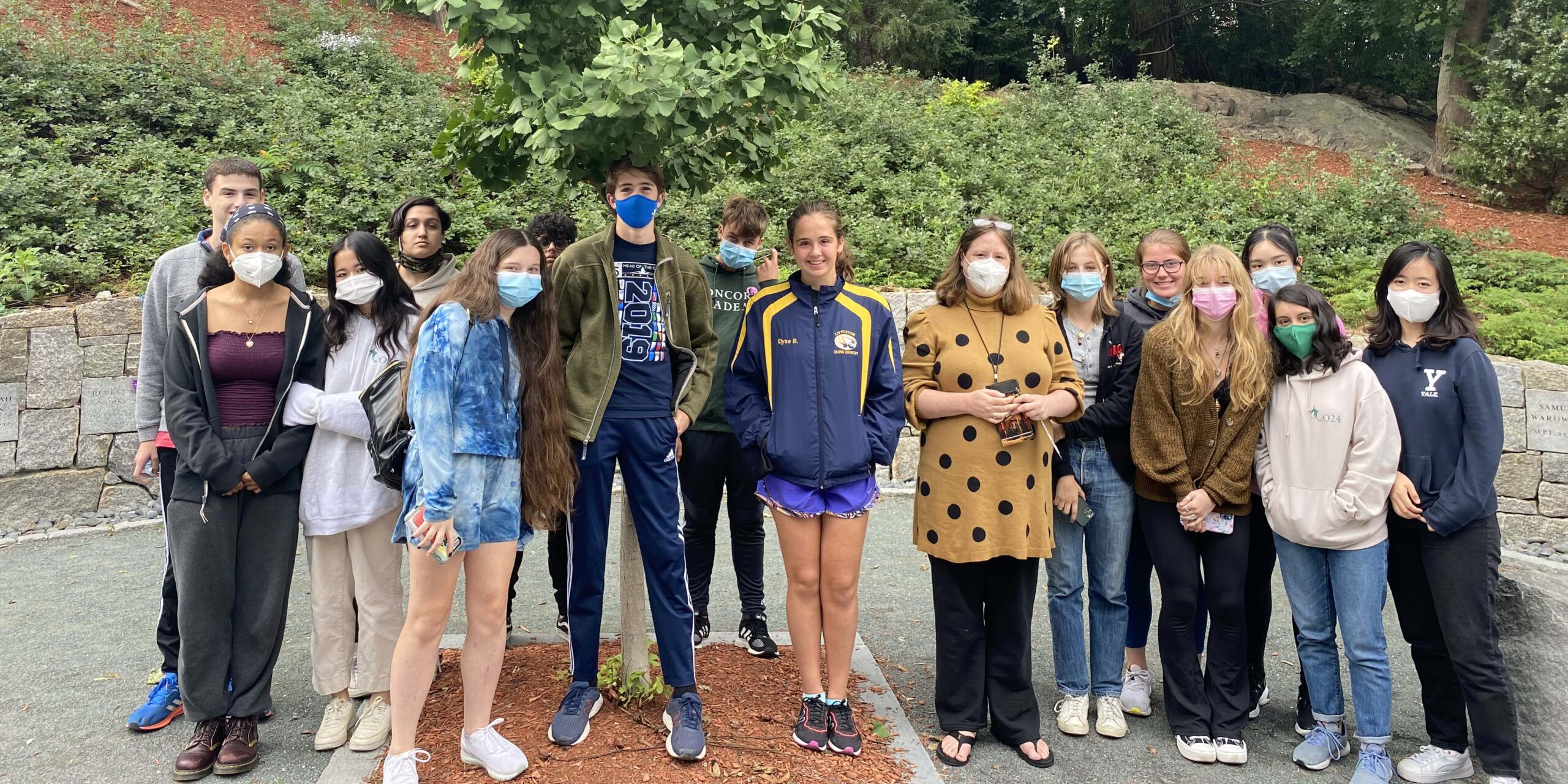 When Ruth Watterson joined the CA History Department this school year, she was excited to teach a class focused on her area of academic expertise: gender and religion. Her 10th grade history course, Gender and Religion in the Early U.S., explores how religion both granted power to and oppressed individuals on the basis of gender. The course began with the Reformation in Europe as a precursor to the Puritans and will end with the American Revolution. Topics in her syllabus include Puritanism, witchcraft, Quakerism, religious diversity in the southern colonies, Native American religious traditions, African American religious traditions, and the Great Awakening.

In late September, as the class moved into the topic of witchcraft, Watterson says, she saw the perfect opportunity to take advantage of the “incredibly historic area” that surrounds CA; she brought her class on a field trip to Salem, Mass. Their first stop was the Salem Witch Museum, where students experienced two exhibits. One featured a timeline telling the story of witchcraft in Salem. The other paralleled the witch trials with other “witchcraft crazes” in the U.S. This exhibit highlighted the Red Scare in response to the perceived threat of Communism and homophobia in response to the AIDS crisis as other instances of mass persecution in American history.

After the visit to the museum, the class toured historic landmarks with Salem historian Jim McAllister. Watterson says that McAllister was able to paint a vivid picture of what it was like to live in Salem in the 17th century. He shared many anecdotes of people in Salem at that time, including one of a man who claimed to have been chased by a monstrous, wolf-like witch’s apparition while leaving the local tavern late one night. McAllister also brought the group to the location where accused witches were hanged. Watterson and her students paid their respects at this memorial.

Watterson says the trip to Salem took the academic topic students had been studying in the classroom and “made it very real.” She also observed how much students enjoyed taking a field trip after the pandemic had prevented this type of experiential learning for so long. During the rest of the semester, Watterson looks forward to continuing working with her students as they dive further into the ways gender and religion intersected in the early U.S. “As a new teacher at Concord Academy, I’m blown away by these students,” Watterson says. “They are all historians.”