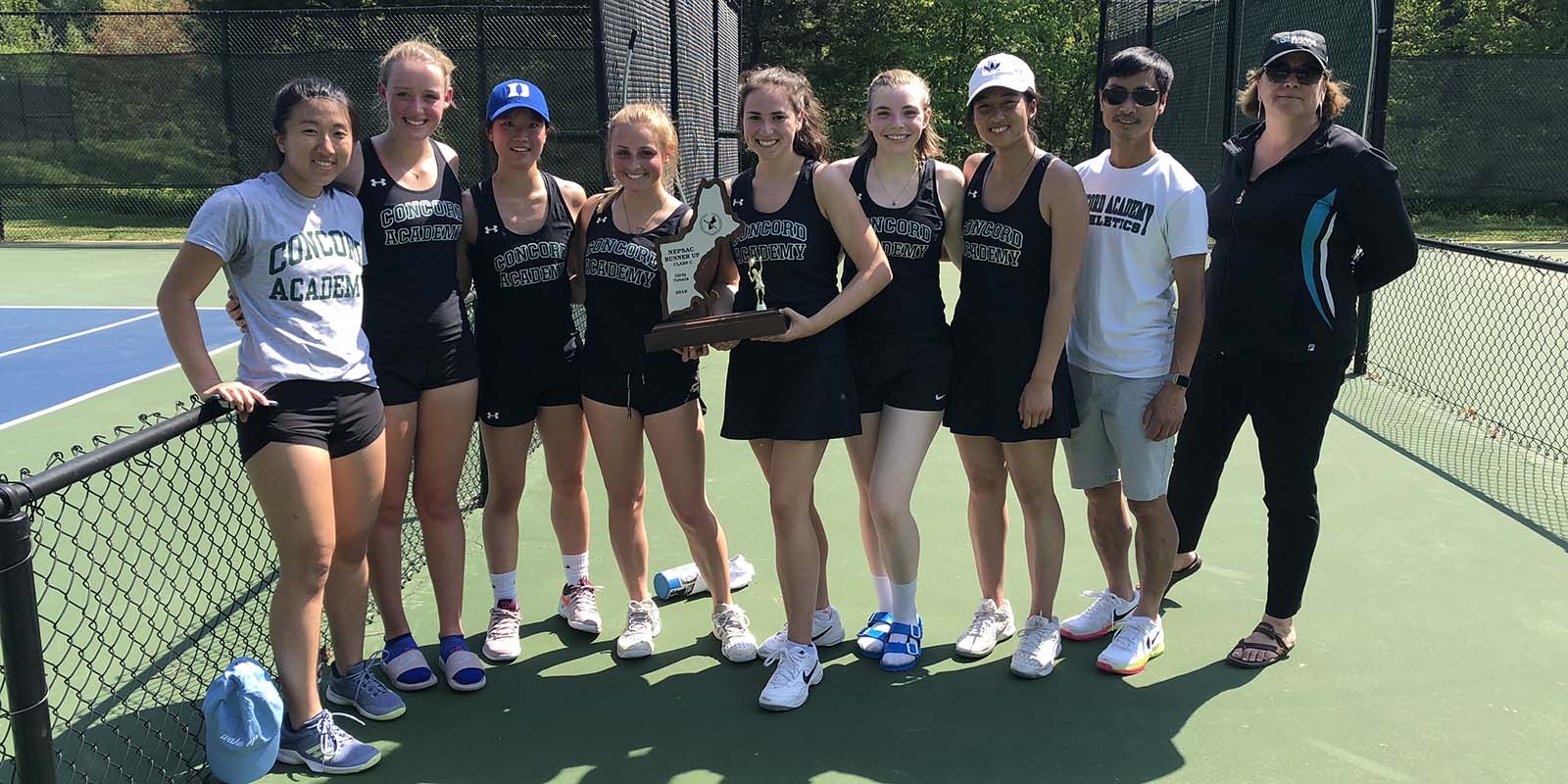 In spring 2019, the CA girls varsity tennis team stormed into the New England Preparatory School Athletic Council (NEPSAC) finals for the second time in three years. We interviewed returning seniors Lily Gray ’20 and Ella Griffiths ’20 about the team and Hung Trieu P’18, who has coached the squad to the NEPSAC tournament four years in a row.

Did you come to CA knowing you wanted to play tennis?

Lily: I’ve been playing tennis since long before I came to CA. My dad was a hitting partner for players on the tour. Because of my foundation in the sport and the environment of camaraderie at CA, I knew I wanted to play tennis the moment I stepped on campus.

Ella: I definitely knew. CA is very well-rounded. We have very athletic and very artistic people, and that’s what makes the school feel so balanced. The Moriarty Athletic Campus is a huge benefit — it’s a beautiful campus that CA is partially known for now.

How would you describe the team?

Ella: The last four years have been so great. The camaraderie on our team was so immediate and so strong, and I think it’s part of the reason we have done so well — we’re so supportive of one another, and that’s something I’m really proud has been present all four years.

Lily: I love Hung. He’s one of the best coaches I’ve had, ever, in any sport.

Ella: Oh my gosh, he’s phenomenal. He does so much for the team. Everyone loves him. He has a book in which he has kept all of the scores since our freshman year. It’s evident that he really cares and just wants the best for the girls on the team.
What did you expect from the season?
Lily: I’m very competitive and so I shoot for the best in everything. Last year, I was hoping we could win our league and NEPSAC, but I know the competition is really tough. In the end, I was very happy to come in second. Ella: We played in the exact same spot in our freshman year. Obviously we would have liked for the result to come out a little differently, but we all did our best. I have a lot of faith in the returners to continue to do well, and we’ll see where it goes from there.

What’s it like to be a student-athlete at CA?

Lily: It can be hard to balance sports with the academic rigor that’s expected of us here — for instance, I go from volleyball to my tennis academy. Even though not everyone at CA is that kind of athlete, you can build very strong teams because everyone is willing to learn. What I found playing No. 1 as a freshman was that upperclassmen were very excited and wanted to learn, even though I was younger.

Ella: Being a student-athlete at CA builds confidence and camaraderie with others both on and off the court. Our school is filled with so much spirit and love that the supporters who come out for games are really nice. It’s just so nice to see that people do care.