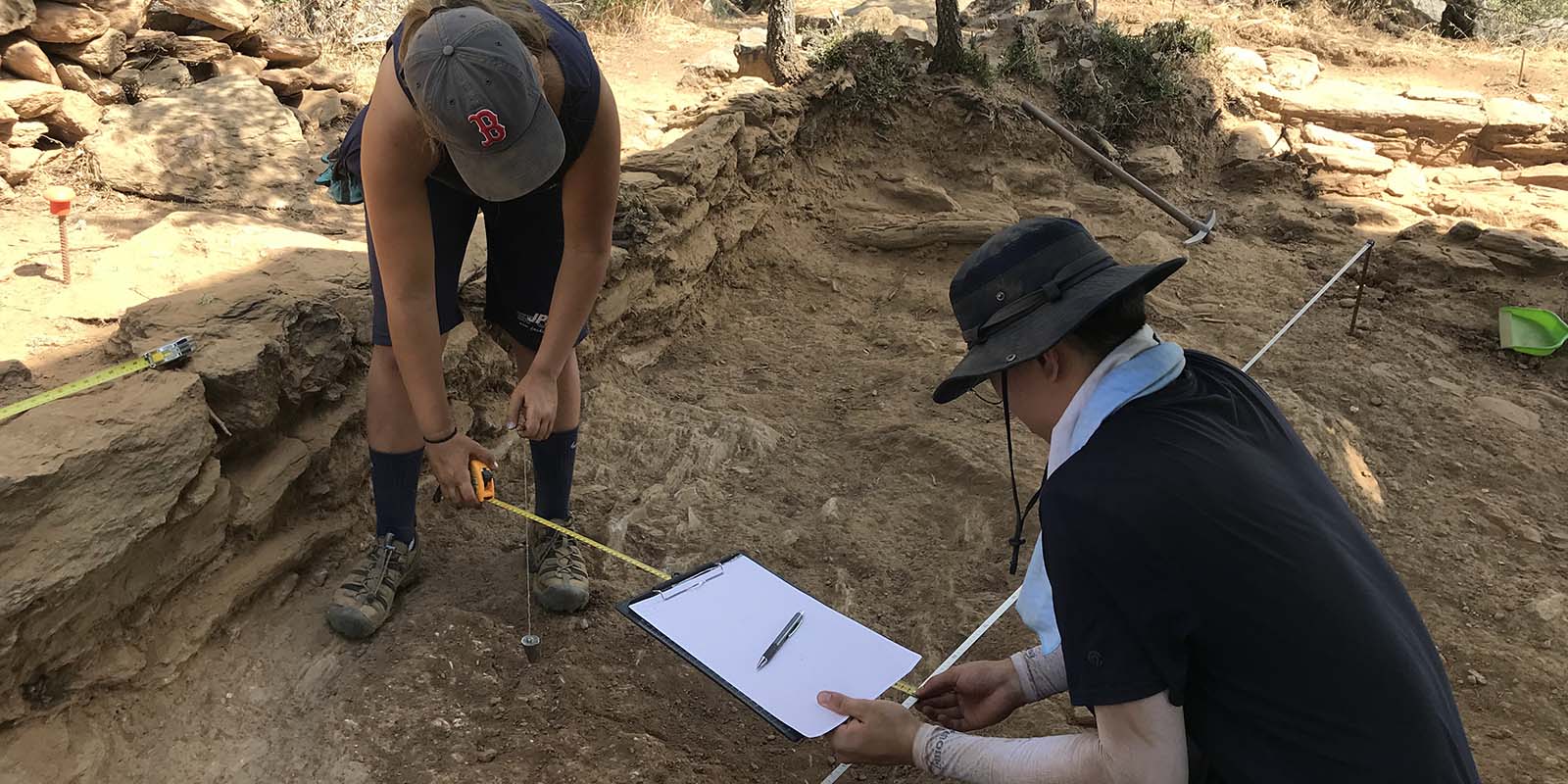 The Alentejo region of Portugal is hilly, dry, brambly. “It’s beautiful in its desolation,” says Latin teacher Karilyn Sheldon, who joined the Concord Academy faculty in fall 2018. For three weeks in July, four CA students and recent graduates, along with college students and professional archaeologists, worked with Sheldon at the Caladinho Archaeological Project, an excavation she directs of a first-century BCE Roman fortified structure.

Caladinho was the first field school Sheldon herself participated in — a reminder to her of the importance of exposing young people to archaeology firsthand. “Kids crave touching history, being fully part of it,” she says. “We present history as a form of social networking: At an excavation, you can touch a pot and literally feel the fingerprint of the person who made it thousands of years ago.”

Sheldon, whose work explores concepts of identity, hybridization, and innovative craftsmanship on the fringe of the Roman Empire, uses her experience in the field to enrich her CA students’ understanding of the ancient world. Those who accompanied her this summer gained much more: a hands-on, culturally immersive learning opportunity. The group stayed in Redondo, a village that drew a vibrant crowd during its biennial flower festival in their final week there. On excursions to destinations ranging from the capital of ancient Hispania (Merida) to the local potter’s workshop, they discussed cultural heritage and the obligation to protect the past in order to learn from it. “It’s experiential learning gone wild,” Sheldon says proudly. 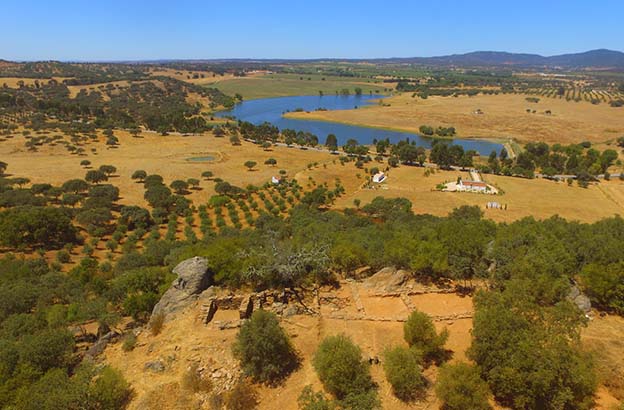 The Caladinho site where the students and Sheldon worked. 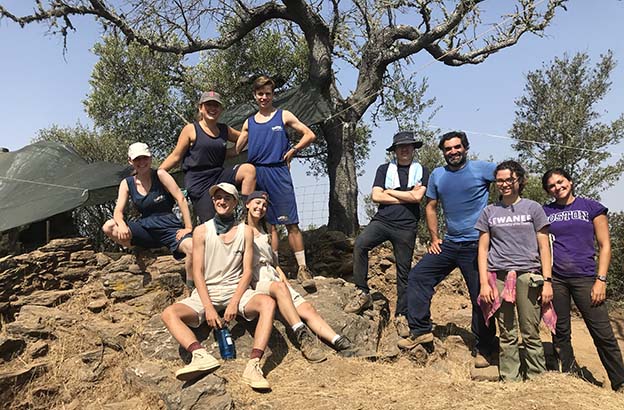 Students from CA along with Sheldon’s former students, now in college, at the dig.

At Caladinho, the students worked in both the field and the lab, experiencing every facet of an archaeological dig. They learned theories and methods of excavation. They used pickaxes, hand picks, and trowels. They learned how to wash pottery, how to catalog artifacts and analyze them, and how to draw both artifacts and stratigraphic units. Working alongside ceramics expert Archer Martin and another ceramics specialist, archaeologist Joey Williams, who co-directs the Caladinho project with Sheldon, the students focused their object-based study on items that connect all cultures: storage vessels, plates, cups, bowls.

Michaela Trieloff ’19, now studying at Brandeis University, describes the “documentation before destruction” the students engaged in — measuring and drawing layers before excavation. Their efforts yielded artifacts ranging from mildly interesting burnt clay and ceramic fragments to, as she says, an “objectively epic” Roman coin. For Eric Yoon ’20 and Hans Toulmin ’21, working through initial insecurity, soreness, and homesickness, and the communal bonds that formed in the group, were instrumental to their growth. Colin Regenauer ’19, now studying at the University of Chicago, says he was most influenced by informal tours with archaeologist Rui Mataloto, also Redondo’s cultural officer — a local expert he described as “one of those people who breathes intelligence.” Mataloto took them to the ruins of a church constructed from the marble of a Roman villa that was later melted down for mortar. His insights, says Regenauer, “seemed to illuminate the site’s entire arc of history, from the Romans to the early Christians to, now, me.”

It’s not common for adolescents to participate in excavations, but Sheldon cares deeply about exposing high school students to fieldwork. “They work even harder than college students,” she says. “They have more energy, zeal, and curiosity, and fewer inhibitions. They’re not afraid to dig in emotionally, mentally, and physically.”

For the past five years, Sheldon has been researching field school pedagogy. Some of her former independent school students, now in college, returned to the site for the third year in a row, this time in leadership positions.

“Students this age are very invested in global citizenship, and we’re planting the seeds for that here,” Sheldon says. “If you wait until college, it can be too late. It’s important to harness their idealism, to whet their appetite early and keep them caring. Teens are culture-crafters. For that reason, they are the most important audience.” 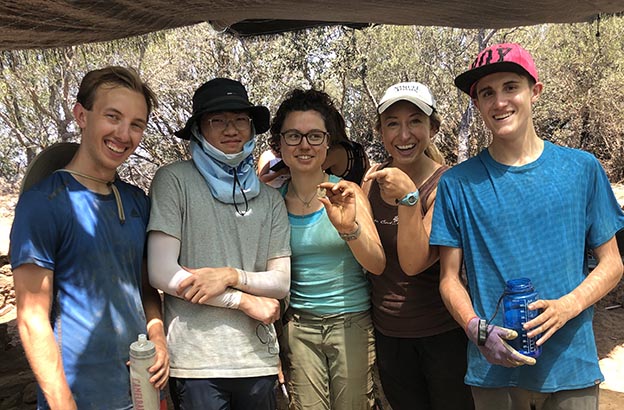 Karilyn Sheldon (second from right) with a group from CA, including Michaela Trieloff ’19 who holds an ancient Roman coin discovered during the dig.

Sheldon is grateful for the support from CA parents, faculty, and staff for this endeavor. “They’ve fully realized the potential for benefits we can’t fully see yet,” she says. “Archaeological digs are the same way: You never know what you’ll uncover.”