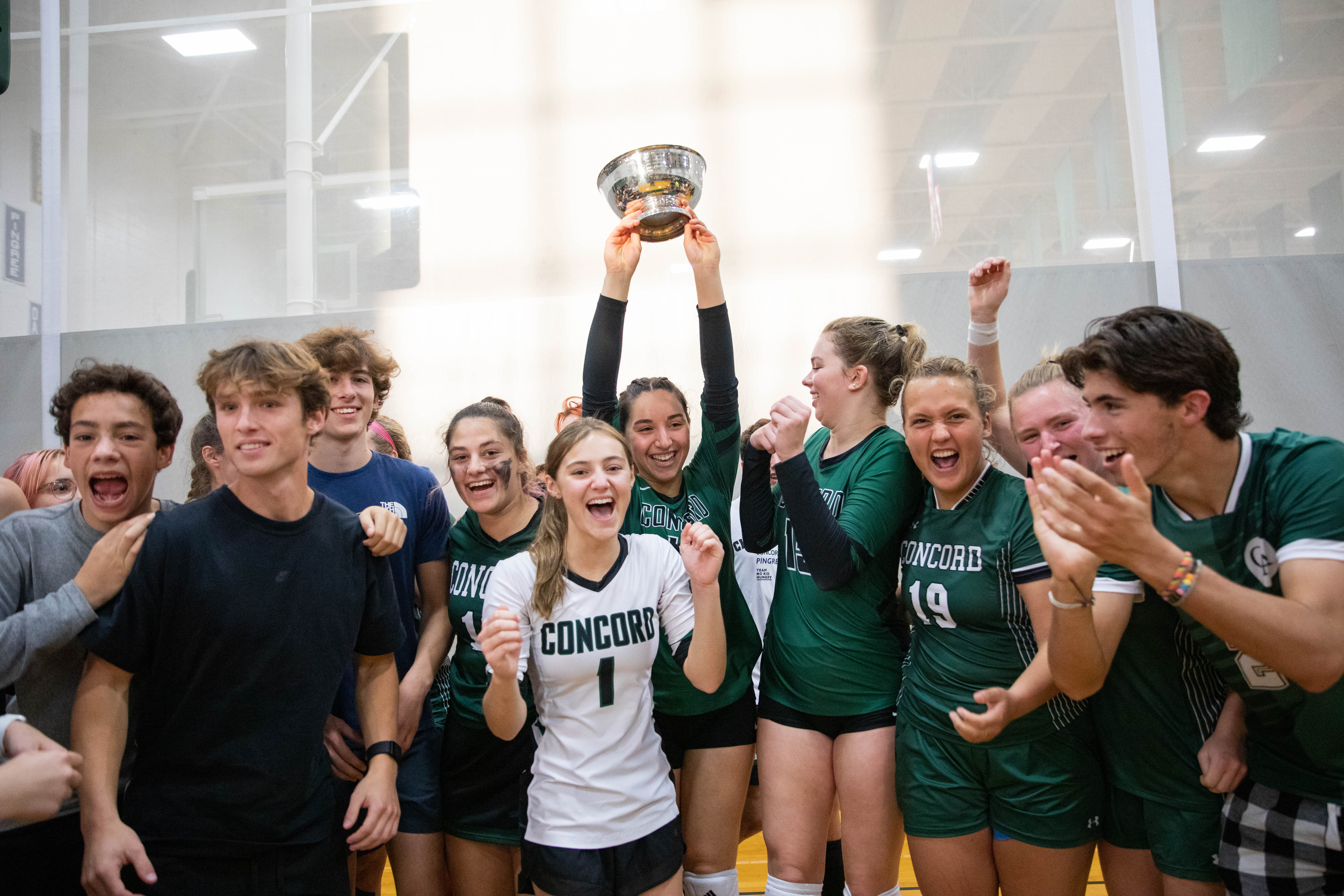 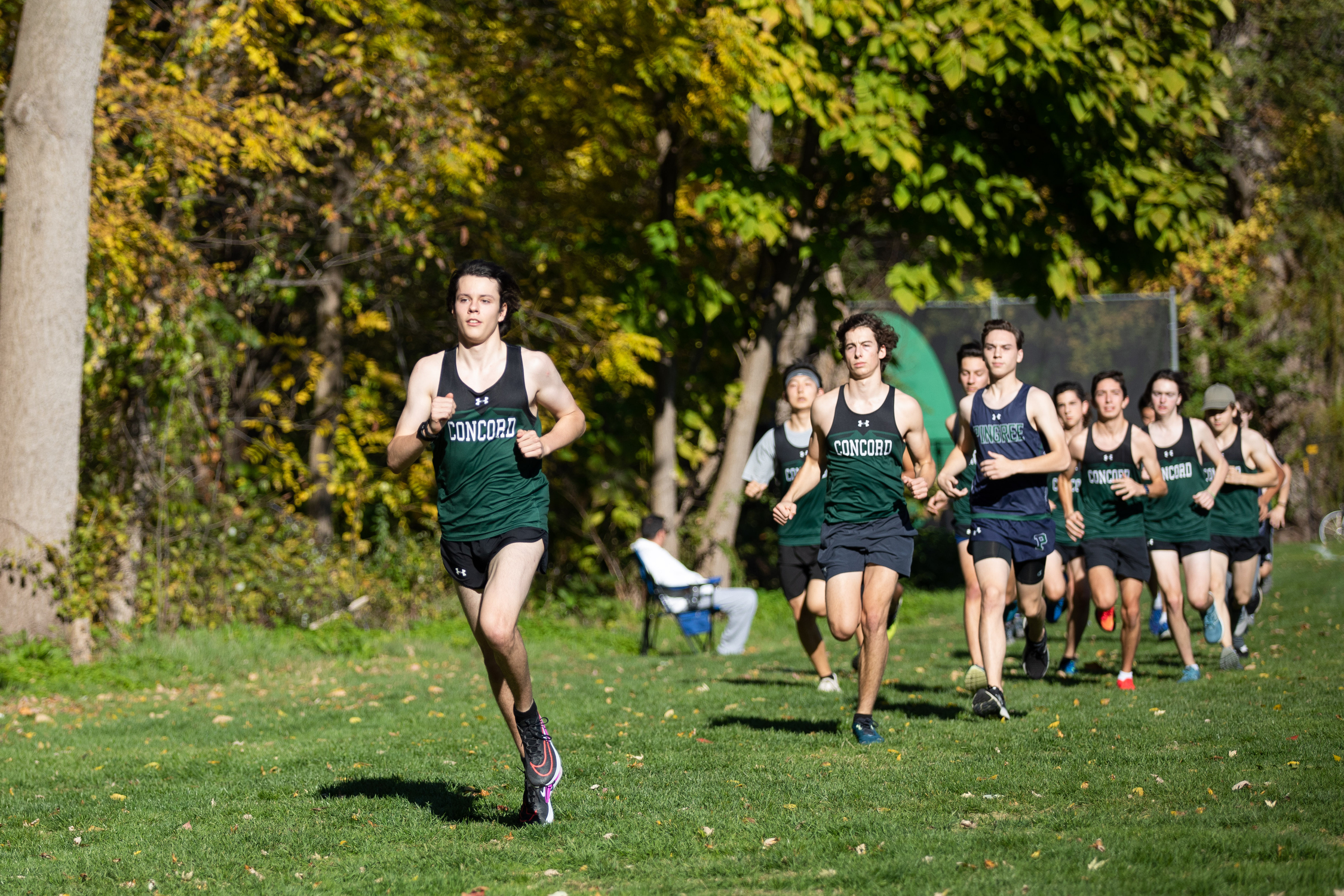 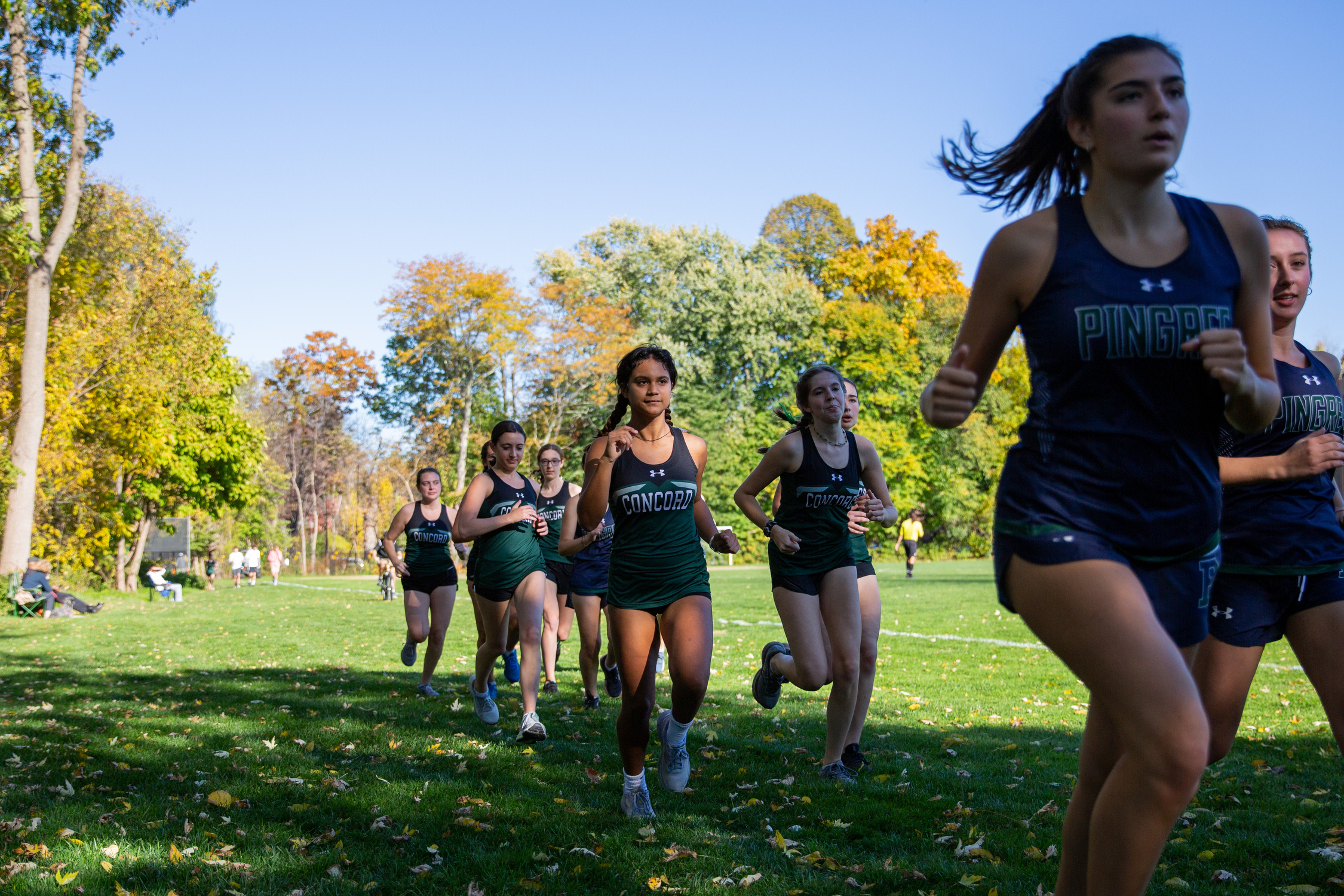 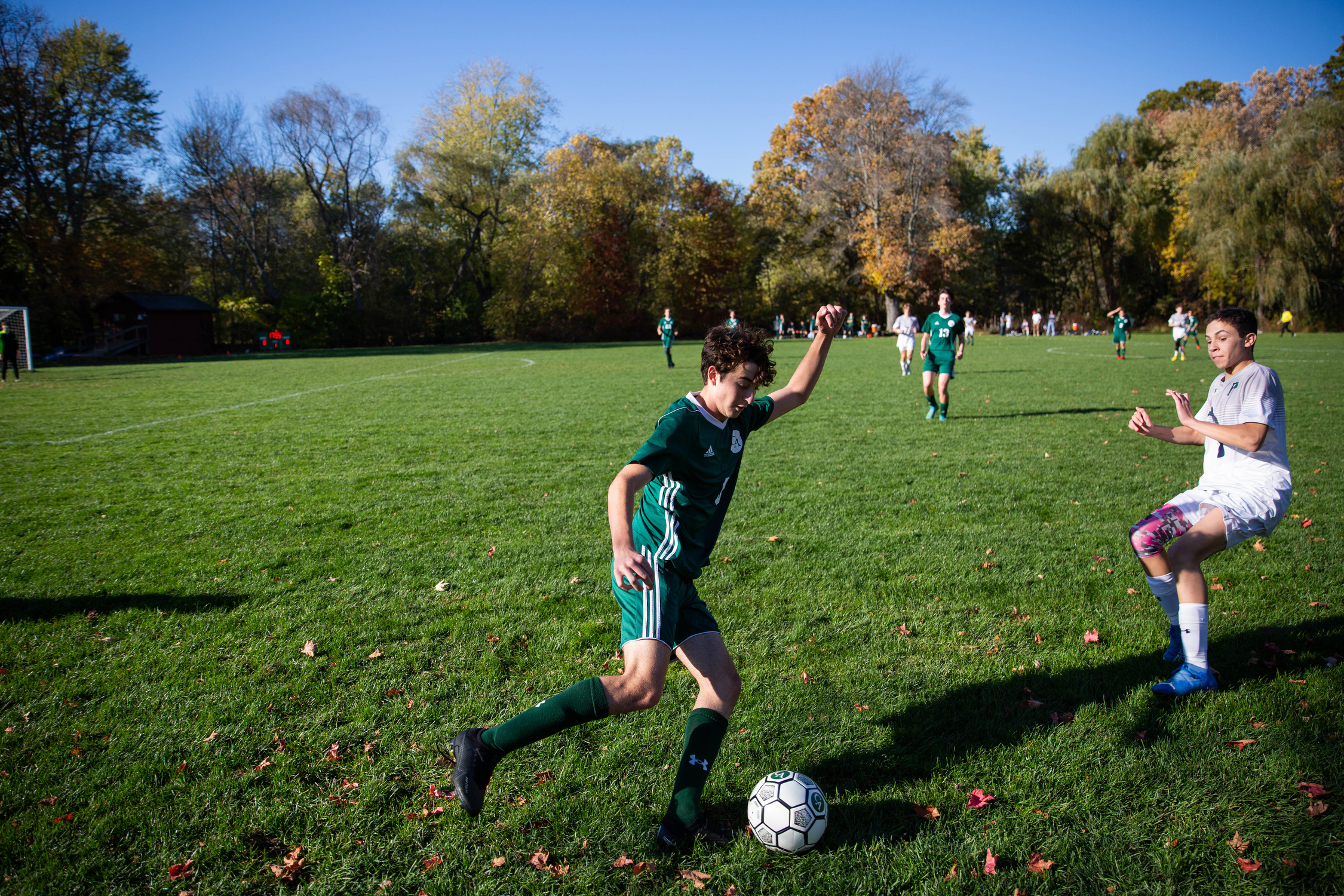 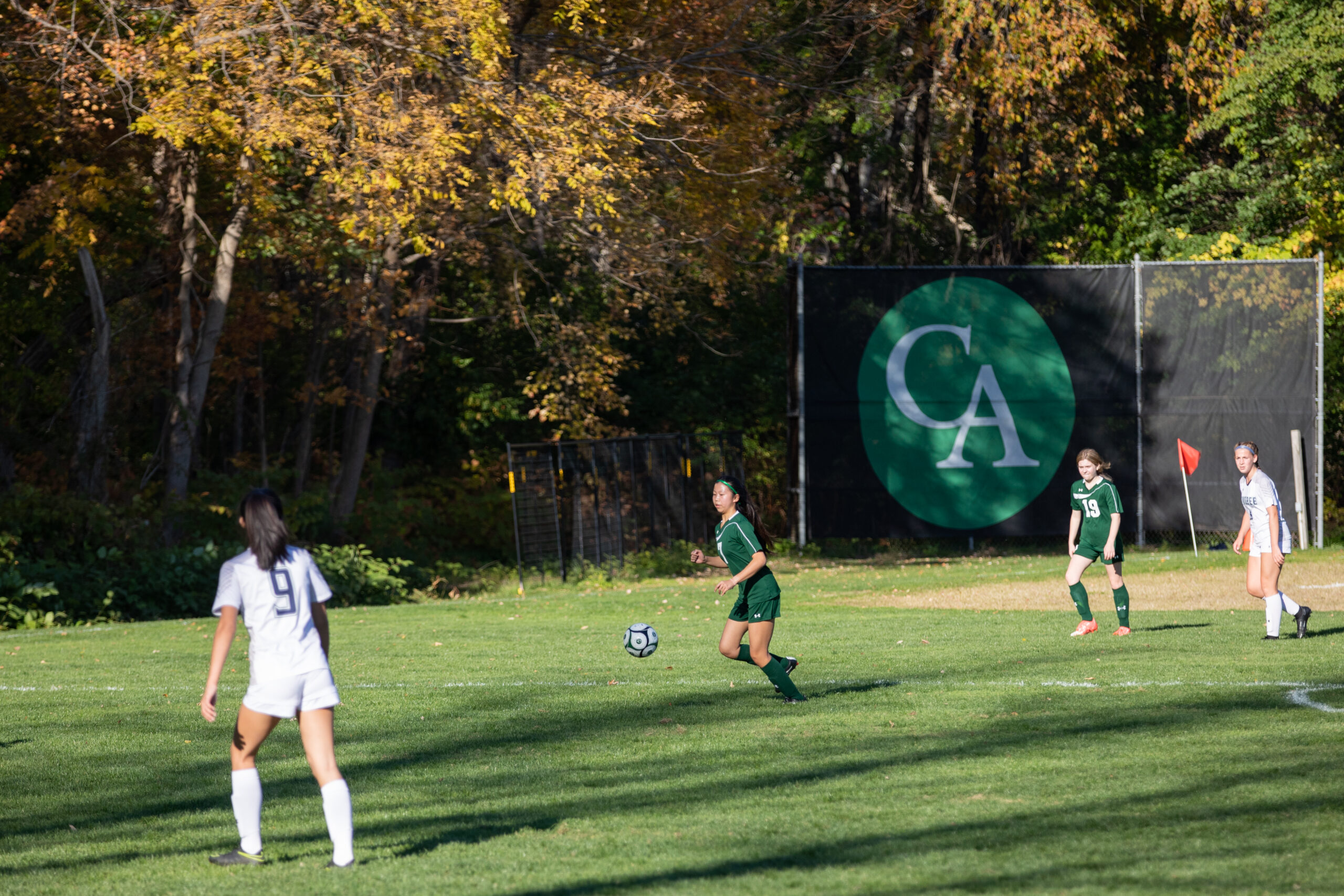 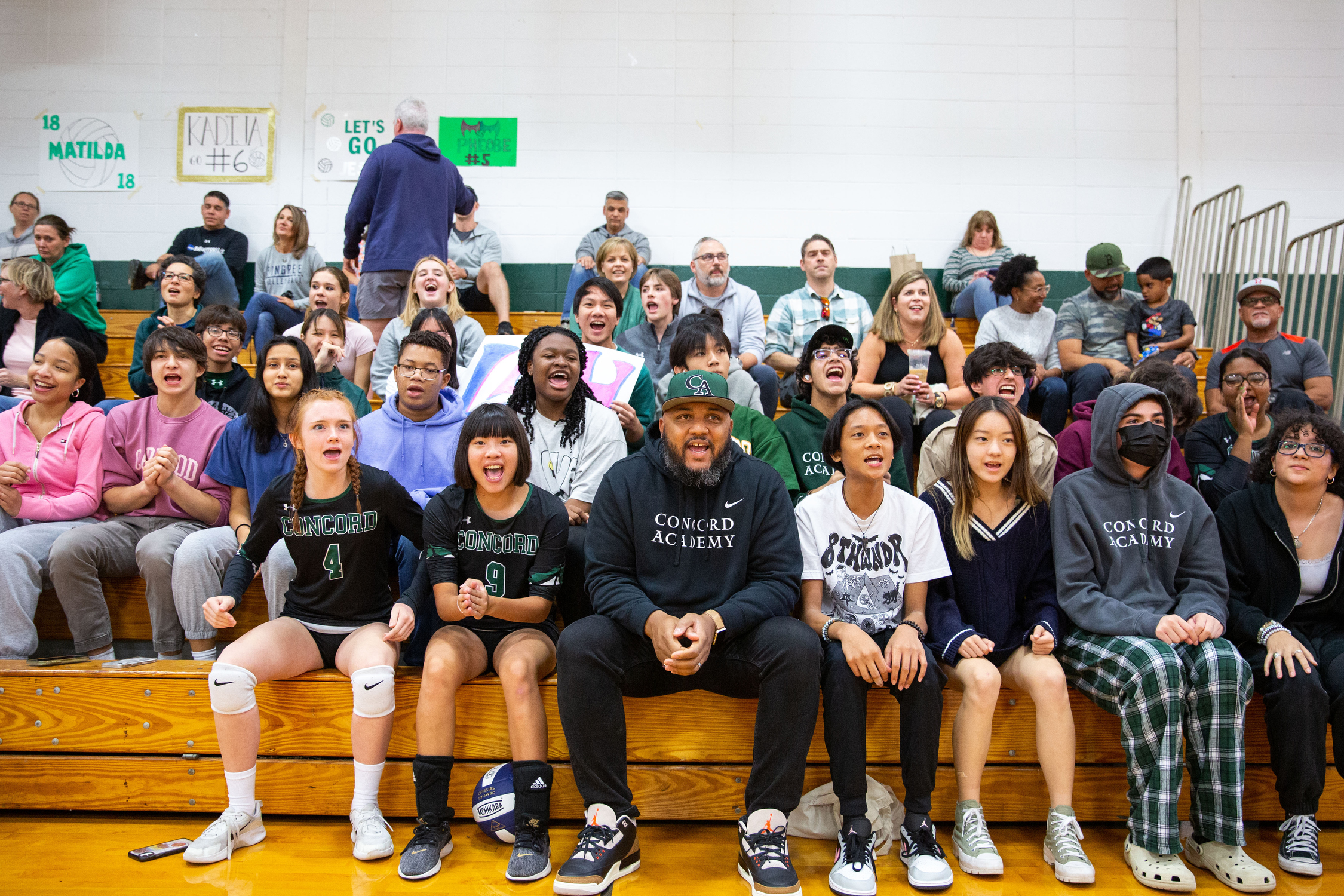 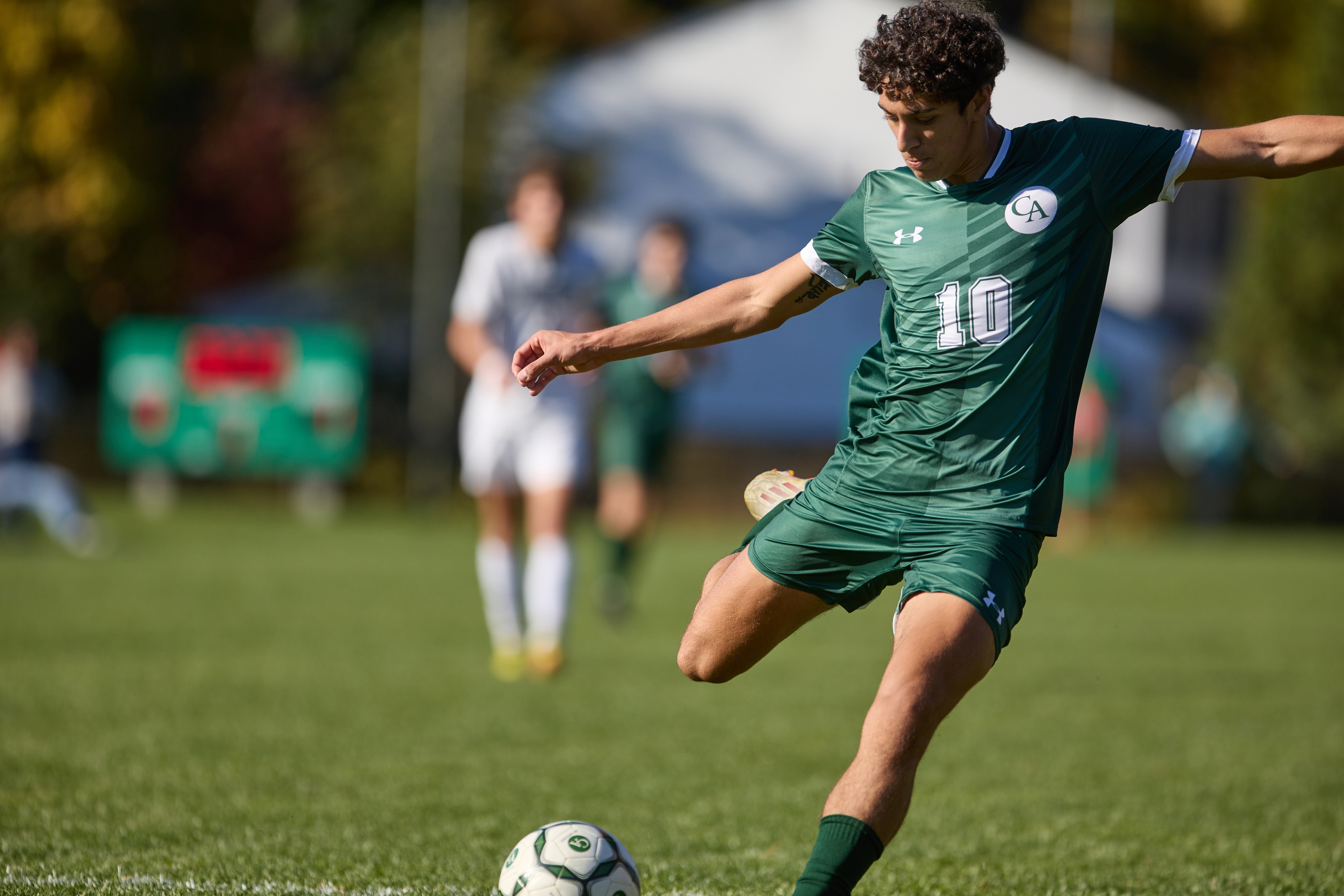 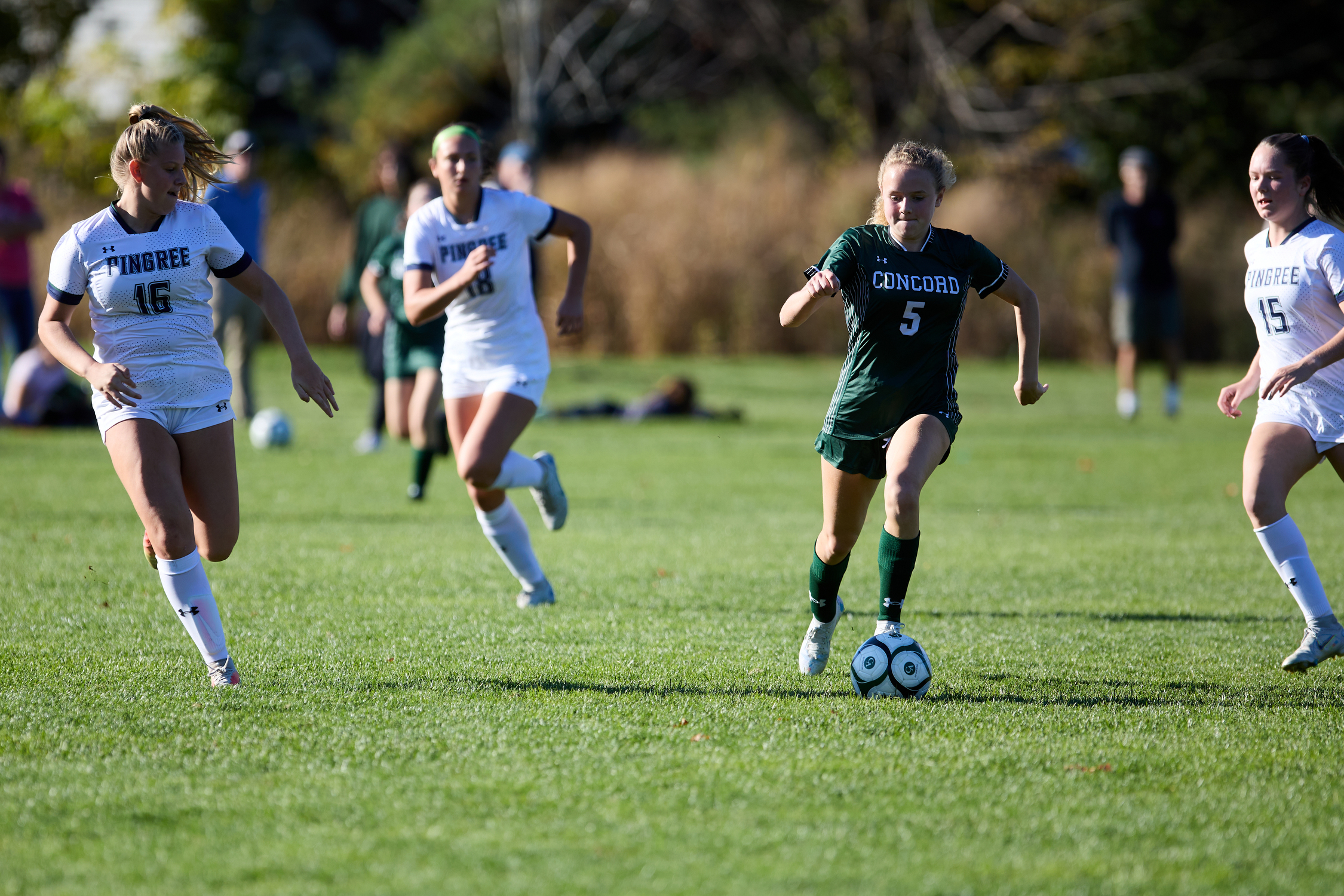 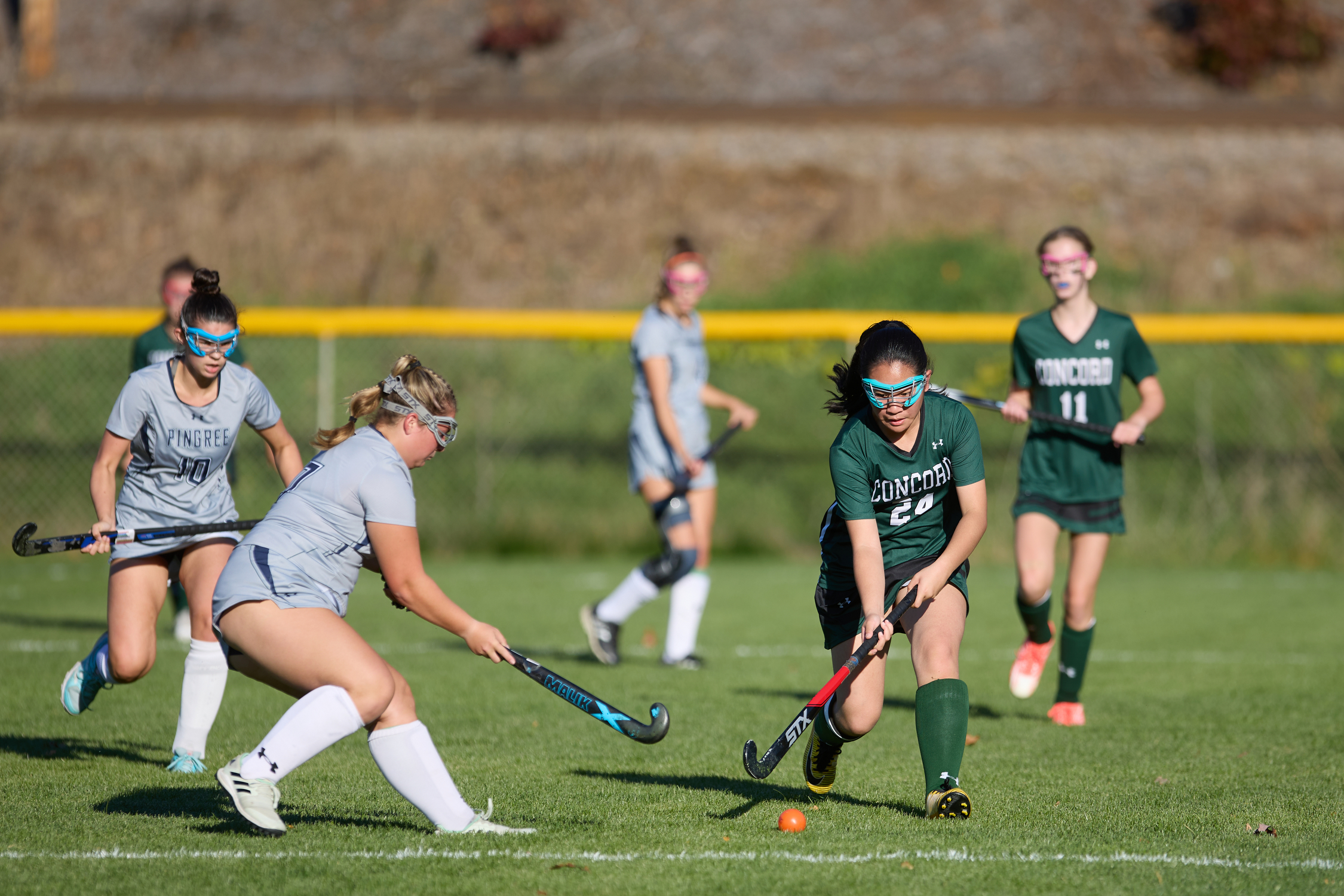 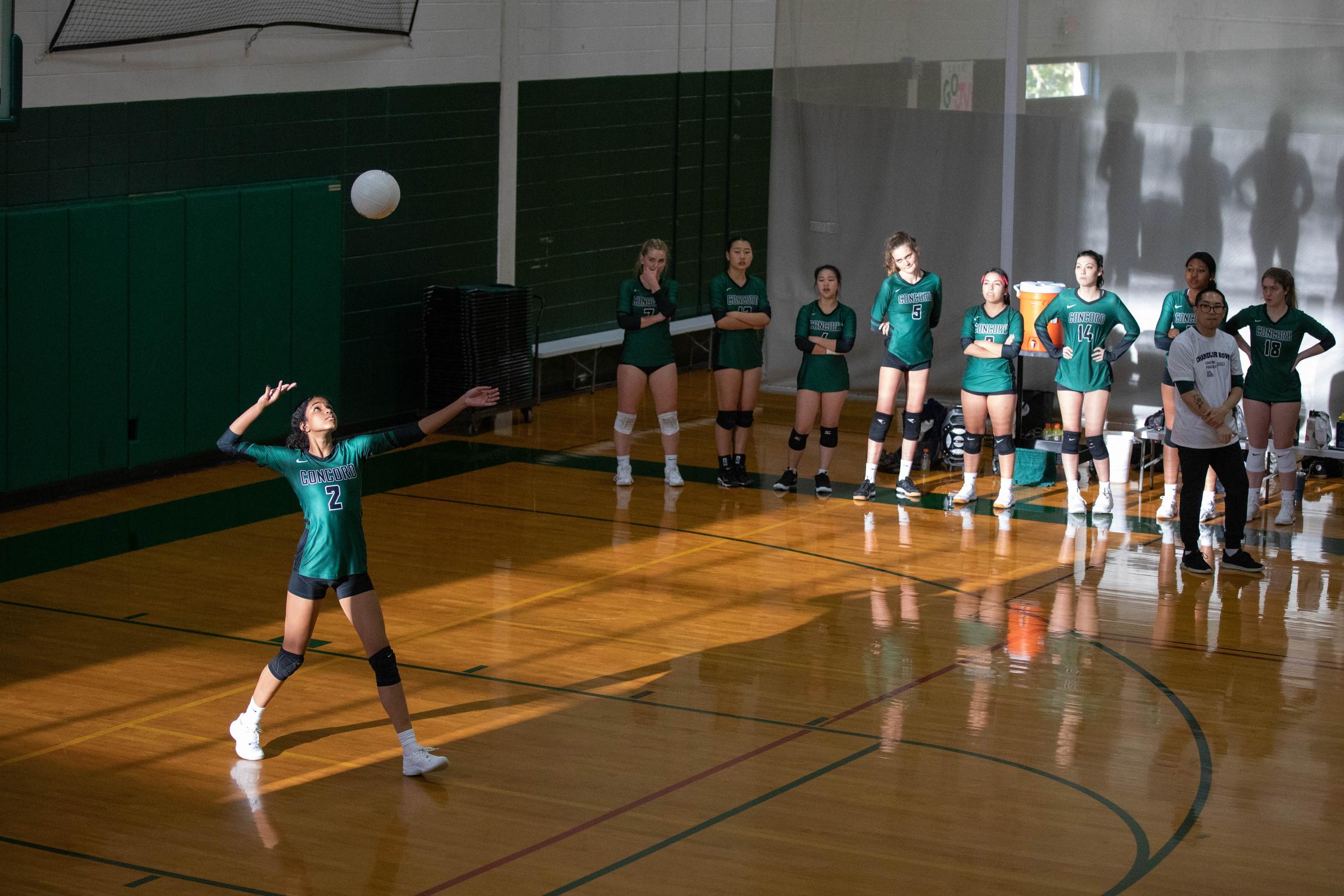 On the idyllic autumn afternoon of October 22, Concord Academy’s 10 fall sports teams claimed another Chandler Bowl victory over league rival Pingree School. Facing stiff competition, they competed well and earned the sixth consecutive Chandler Bowl win for CA—once again in dramatic fashion, with the outcome decided in the final game of the day.

The boys thirds soccer team kicked off first at 1:00 p.m., concluding with a 3–1 win and giving CA the first point of the day in the overall competition. Eight of the remaining nine contests tipped off at 3:00 p.m. CA quickly jumped out to a 3–1 overall lead following commanding victories in boys varsity cross-country and girls JV volleyball. Pingree charged back to knot the overall score with wins in girls varsity cross-country and girls varsity field hockey. The CA boys JV soccer team then pulled out a nail-biter: a 1–0 win on a penalty kick with just four minutes left in the game.

With three games heading into the final minutes, CA clung to a one-point overall lead. The girls and boys varsity soccer teams both had their work cut out for them, given that Pingree’s varsity soccer teams carried unblemished records into the event. The CA girls fought valiantly, netting a goal that was only the second scored upon Pingree this season, but they eventually succumbed, 3–1, which left the overall score at 4–4. Boys varsity soccer pulled out a tie in a tightly contested game, providing neither school with a point to add to the overall tally.

All eyes then turned to the gym, where the varsity volleyball team was engaged in the only remaining contest. CA held a 2–1 lead in the best-of-five match, and the fourth set was a back-and-forth affair. The bleachers were overflowing with a fired-up CA fan base. The Green found themselves one point from defeat and a tie-breaker fifth game before a stunning seven-point rally turned the tables and gave the match—and the bowl—to CA. The bleachers emptied as CA fans rushed the court to celebrate the come-from-behind win and the sixth consecutive Chandler Bowl victory.

Each year, the Chandler Bowl for Changing Lives is also an opportunity to raise funds for a charity chosen by the host school. This year, CA elected to support Team No Kid Hungry, which works to end childhood hunger by helping launch and improve programs that give all kids the healthy food they need to thrive. This annual competition is a highlight of the fall for the community and couldn’t take place without the contributions of many. “CA Athletics would like to thank all those behind the scenes who helped to support the event,” says Athletics Director Sue Johnson P’20, “including but not limited to the Operations staff, team parent liaisons, Student Athletic Council leaders, fall captains, and Advancement and Engagement team.” 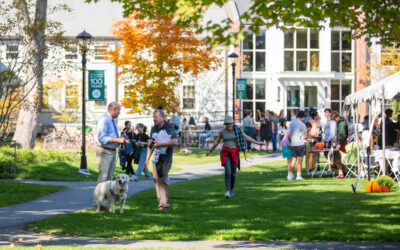 With beautiful fall weather setting the stage for their visit, Concord Academy families came to campus October 6–8 from near and far to share in the CA experience during Family Weekend. They connected with fellow parents and guardians, visited art studios, met with...