Cartooning in the Chameleon 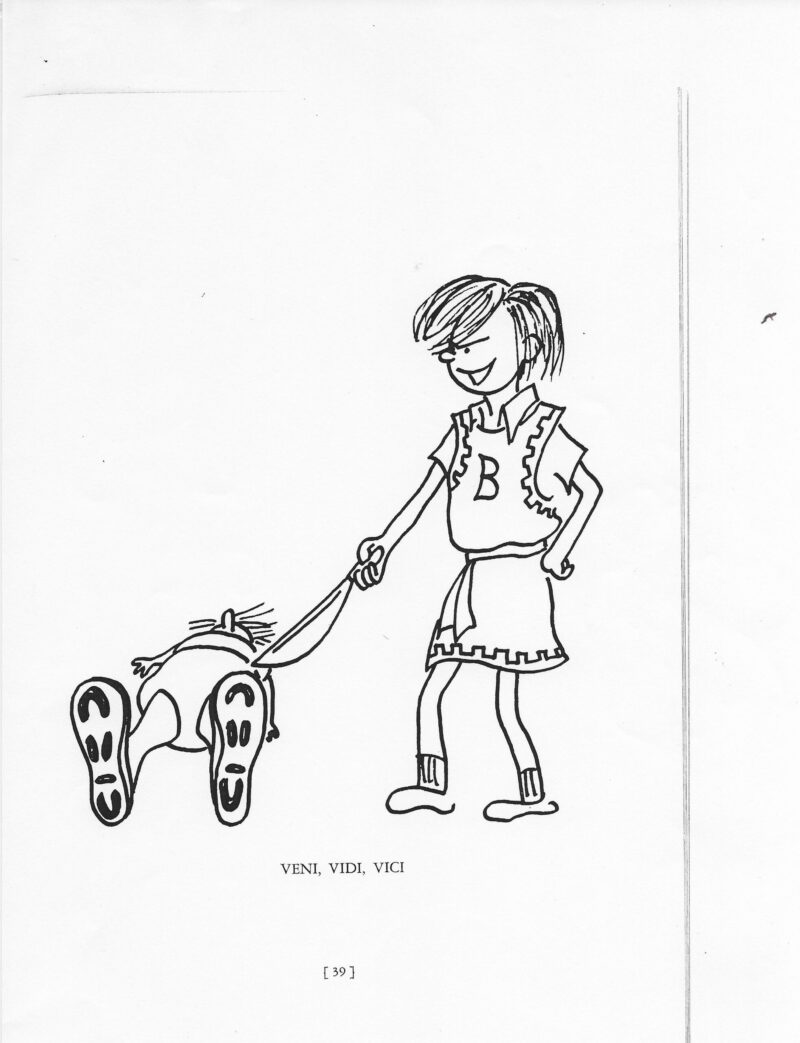 Today Concord Academy’s literary magazine bears the name the Chameleon. The school publication began with a broader focus, however. The earliest issue of the Chameleon in CA’s archives to feature the chameleon on its cover is from December 1942.

In the 1950s, students took out advertisements in the school publication to boost their Red and Blue teams. Elizabeth “Ding” Hall Richardson ’55, daughter of former headmistress Elizabeth B. Hall, shared this ad for the Blues, which appeared in the 1955 Chameleon. Many of the early yearbooks also contained student-drawn cartoons, a tradition that continued through the 1960s.

Share Your Story
Do you have a story about a Concord Academy tradition to contribute to CA’s Centennial Celebration? Email communications@concordacademy.org to share it.