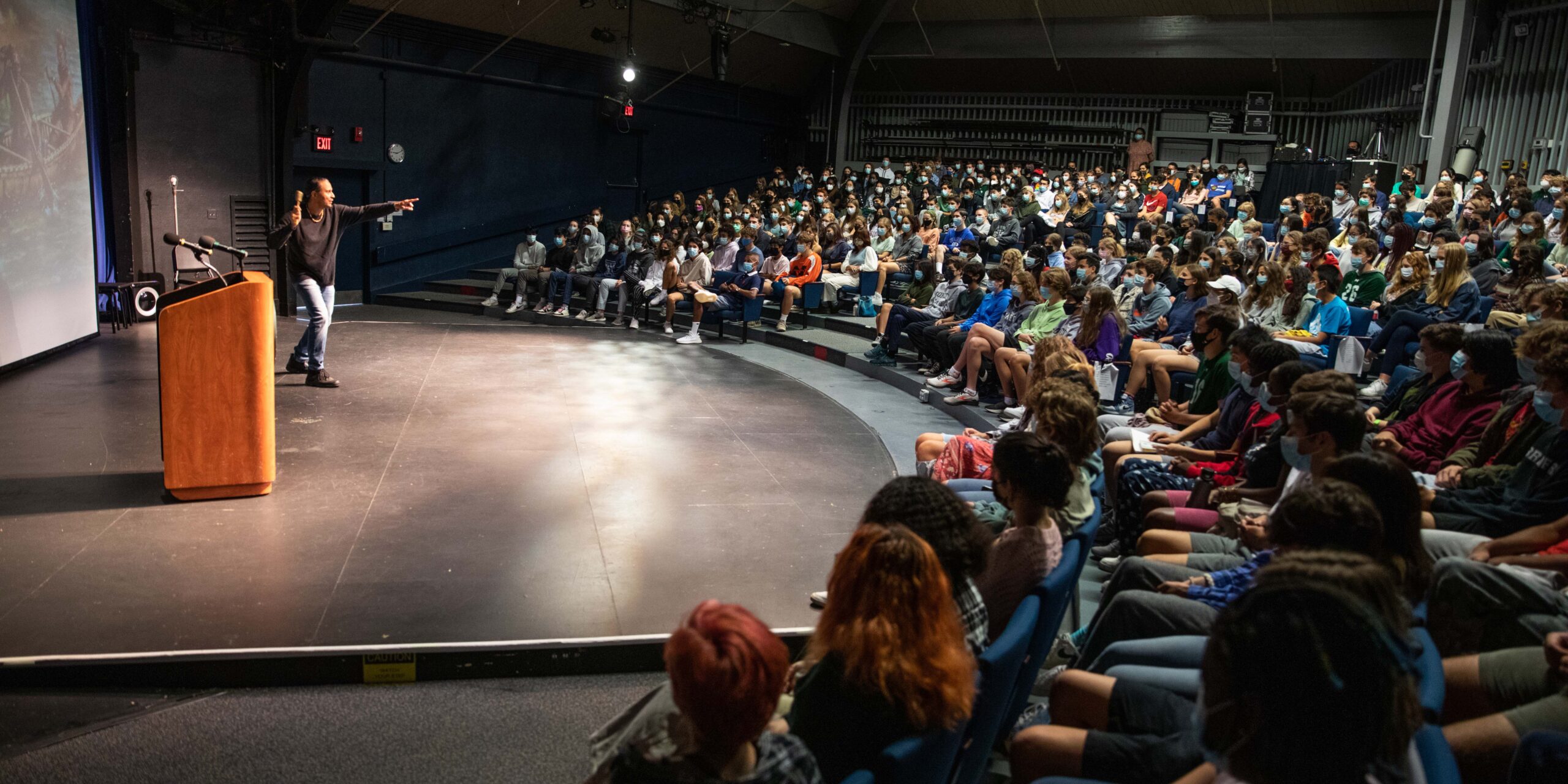 Students gathered in the Performing Arts Center on Friday, October 8, for a Community and Equity assembly presented by Larry Spotted Crow Mann. Mann, a citizen of the Nipmuc Tribe of Massachusetts, is a writer, Native American cultural educator, and traditional storyteller. He also co-directs the Ohketeau Cultural Center, which offers classes, workshops, and a space for the Indigenous community to connect.

Mann began the assembly with a performance of two traditional Nipmuc songs. In his first song, he explained that the drum represents the human heartbeat everyone shares. The second was a social song performed in Longhouses of the Nipmuc people. Mann later emphasized, though, that Native people’s impact on society goes far beyond traditional songs and drumming. He highlighted the scientific and environmental contributions made by Native people that often go overlooked. Mann cited, for instance, the Indigenous practice of polyculture, in which many types of crops are grown together, as a much more environmentally sustainable method than the dominant U.S. monocultural model.

Native Americans didn’t become citizens of the United States until 1924, with the passage of the Indian Citizenship Act, although for generations they had served in the American military — Mann counted 36 relatives of his who had served in the Union Army during the Civil War. He contrasted the rhetoric of freedom and liberty so frequently used in mainstream U.S. culture with the discrimination and marginaliation experienced by Indigenous people. “These two stories of America are not consistent,” he said.

Discussing Indigenous history in North America, Mann emphasized the genocidal effects colonization had on the Native American population through violence, disease, and displacement. According to Native scholars, there were approximately 18 to 20 million Indigenous people living in North America prior to contact with Europeans in the 15th century. By the 1900s, that number had decreased to 250,000. Today’s Indigenous population is around 6.8 million people. “Native people are still here,” Mann said. “That is probably one of the most important things I will say to you today.”

Mann went on to describe the intergenerational trauma Native American youth have experienced in U.S. and Canadian school systems. Indigenous children faced abuse at residential schools where they were meant to assimilate into white America during the 19th and 20th centuries. Today, Indigenous youth continue to face hardship in school. Mann says that Indigenous people do not see Native teachers in the classroom, but “we do see the mascots,” caricatures of Native Americans in “perpetual states of violence.” Additionally, history classes often erase Indigenous people from the narrative. “When you hear that Columbus discovered America,” he asked, “what does that say about the millions of Indigenous people who were already here?” The assumption, he clarified, is that they weren’t human. Mann emphasized that Native people continue to fight to be seen as human beings to this day.

“It’s your duty to meet these challenges,” Mann said at the end of his presentation. He is hopeful that young people today will continue to fight for justice for Indigenous people and create real change. He says that social change happens at the grassroots level and urged students to leverage the “power of people.”

“When people are in pain or trauma, we don’t just tell them to get over it,” Mann said. “They need to be listened to. They need to be heard.” In the context of so much pain around the erasure of Native culture, Mann expressed joy in being able to share stories and traditions. He hoped the CA community would continue to learn about Indigenous cultures and take action. 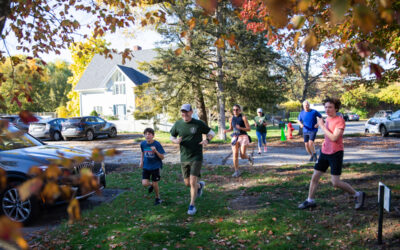