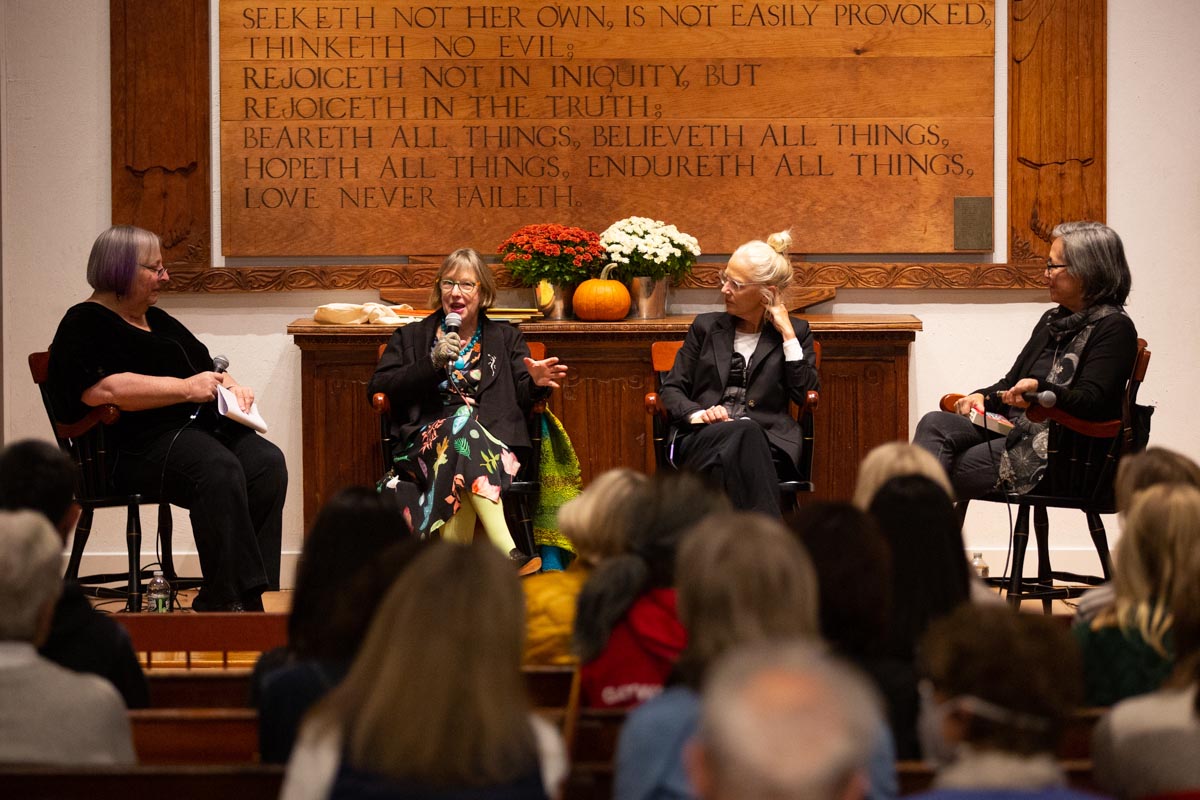 Get four Concord Academy writers together to talk shop, and you’re in for an edifying conversation. When they’re all alums from the same class, you can be sure it will be a lot of fun too. A recent CA Authors Night event, part of the 2022 Concord Festival of Authors, delivered on both promises. On October 20, CA community members and the public were invited to the Elizabeth B. Hall Chapel to hear publisher Susan Knopf ’74 moderate a discussion among authors Julia Glass ’74, Susan Minot ’74, and Ruth Ozeki ’74. Between reflections on their youthful days at Concord Academy and their writing process today, the evening’s talk was lively indeed.

In her introduction, CA librarian and archivist Martha Kennedy shared that one of the joys of her job has been to read books by former students—for a small school, in particular, CA boasts a remarkable number of celebrated authors among its alums. Kennedy noted how remarkable it is to have “three classmates become award-winning authors, mentor aspiring writers in university writing programs, and publish their most recent works of fiction in consecutive years.” Minot’s most recent book, Why I Don’t Write: And Other Stories, her eighth book and second collection of stories, came out in 2020; Ozeki’s The Book of Form and Emptiness, her fourth novel, in 2021; and Glass’ Vigil Harbor, her seventh novel, in 2022.

Knopf, longtime publishing executive and president of Scout Books and Media, opened the discussion by asking her classmates how their time at Concord Academy had influenced them as writers. Ozeki remembered most fondly the student staff meetings for the Chameleon literary arts magazine. “We were so serious about writing,” she said. “We wanted to be F. Scott Fitzgerald, Virginia Woolf, Anaïs Nin—and we really thought we were, in a way.” The process of “reading and adjudicating each other’s work,” she said, was the best part of her CA experience.

Minot recalled a different youthful relationship with writing, describing it as a shared “currency” among boarding students in particular. She would frequently leave handwritten notes, quotes, drawings, and song lyrics for her housemates. CA was also where Minot began what she described as an “obsessive” habit of journal-keeping. When she was a student at Concord Academy, she said, “there was nothing that wasn’t joyous about writing.” 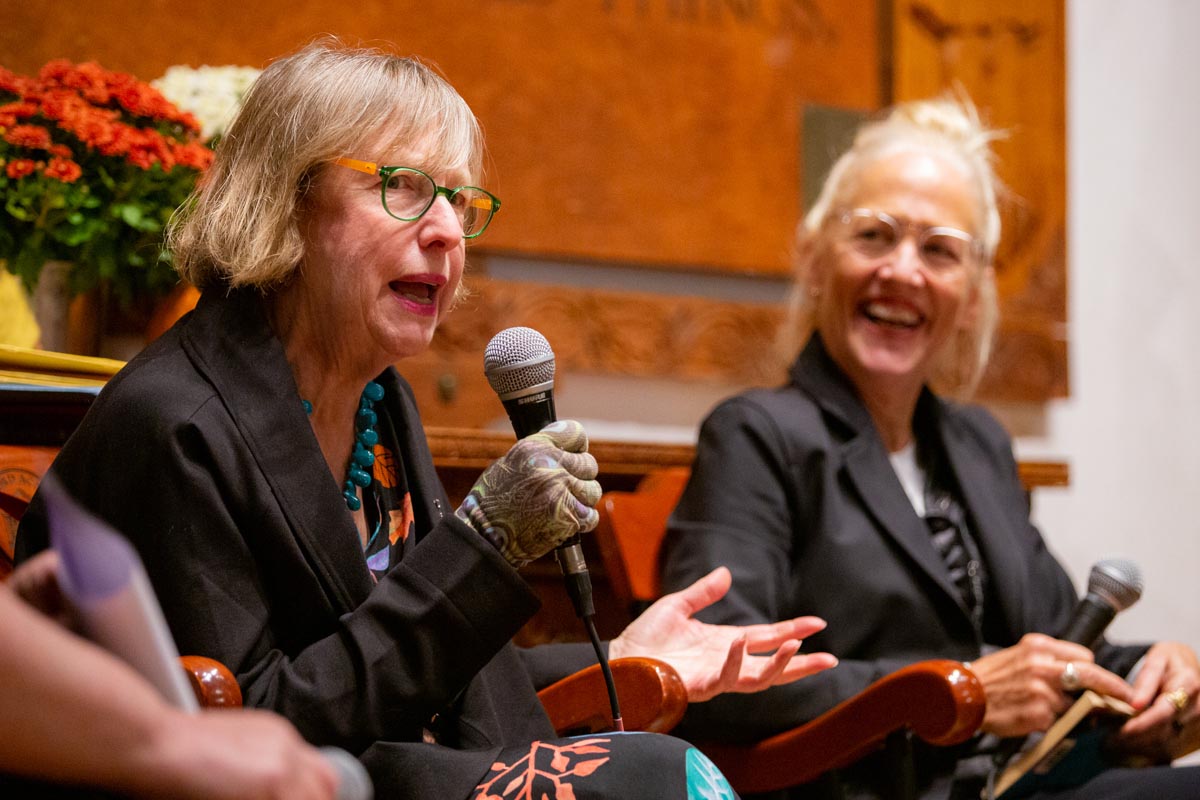 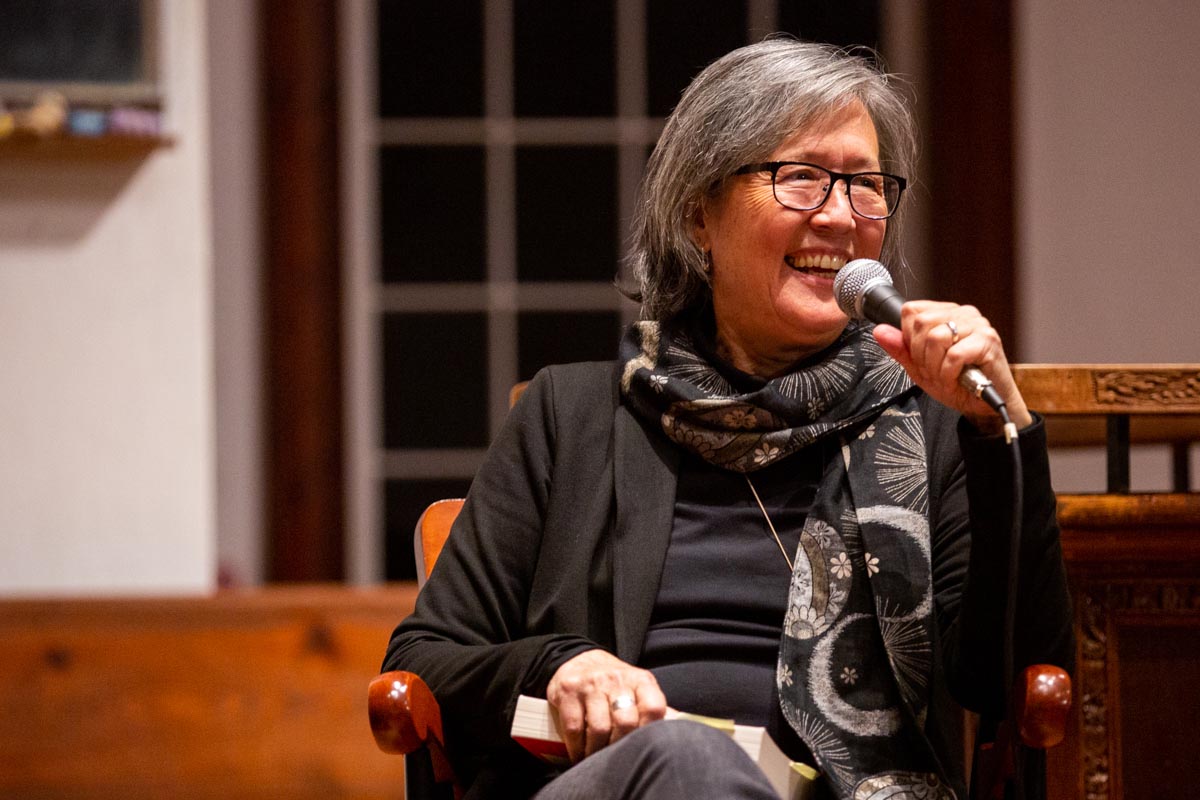 The writers poked fun at their youthful pretensions, reminiscing about their favored writing implements—for Minot, a Rapidograph pen; for Glass, a Parker fountain pen filled with sepia ink. They also recalled a number of their CA teachers with great fondness. Indeed, Glass dedicated her 2018 novel, A House Among the Trees, to five of them: Mr. McFarland, Miss Mendenhall, Mr. Perkins, Mrs. Shannon, and Mr. Shohet. “You loved these teachers so much, you wanted to write for them,” she said.

Each author approached her craft, and career, quite differently. Minot, who writes novels, plays, and short stories, is also a screenwriter and a painter. For the first 15 years, she said, she published very deliberately, sending out a book every three years or so, until becoming a mother shifted her approach. Creating art—collages and watercolors—has allowed her a more playful expression. “For writing, and for art, I think, in school you can learn a lot about it, but you’re going to figure out, if you’re going to be an artist, in your way,” Minot said. “I find the more I’m exposed to other art, the more I’m focusing on finding what kind of art I want to make.” That sort of cross-pollination between art forms she traced back to her time at Concord Academy and all of those notes, doodles, and journaling.

Unlike Minot, Glass and Ozeki did not pursue advanced degrees in writing in graduate school. As novelists, they both describe themselves as “pantsers” rather than “plotters”—meaning, Glass said, to a chortle from the audience, that they proceed by the seat of their pants. Both of them, too, have engaged in other art forms.

Glass, turned off by the approach to teaching literature when she was in college at Yale, stopped writing altogether for a stretch. Turning instead to painting, she supported herself for a time as a magazine editor. It was through her magazine contacts that she met her agent, eventually landing a deal for her debut novel, Three Junes, which went on to win the 2002 National Book Award for Fiction. She’s been, as she called herself, a “serial monogamist” with each of her novels since, dedicating herself fully to each as it has developed.

Ozeki worked initially as a television director and producer. Lacking a writing community, she started keeping a writing process journal to keep herself organized. It’s where she still tracks questions, deadlines, and research, where she investigates what’s working and what isn’t, and where she also gets to complain over the years it takes her to develop a book. “It’s like having a best friend who’s a writer but who never gets tired of me,” she said. Keeping her process journal also helped her make the difficult decision to cut fully half of her third novel, A Tale for the Time Being, before she finished it for publication. That book was shortlisted for the Booker Prize, and the character that was removed later formed the kernel of the The Book of Form and Emptiness, which won the 2022 U.K. Women’s Prize for Fiction.

At the CA Authors Night event, Glass and Ozeki read from their latest books; Minot chose instead to read some excerpts, both poignant and humorous, from her second book, Lust: And Other Stories, a series of vignettes loosely based on her time at Concord Academy. As the program wound to a close, the four alums headed over to the Smith Room for a book signing, continuing to talk into the evening with many who had come to enjoy their literary reunion.