The girls varsity Alpine ski team dominated the Central Mountain Ski League (CMSL) this winter by winning every race. As a result, the team gathered a league championship at the CMSL awards ceremony at Wachusett Mountain and will see a banner raised to the gym rafters in honor of its accomplishment. The girls went on to carry their regular-season momentum into the NEPSAC championships at Waterville Valley, where they earned an impressive second-place finish in Class B. In addition, Tory Adams ’23 won the program’s first-ever NEPSAC individual championship! The boys enjoyed a second-place finish in the CMSL and represented the program well with their efforts at NEPSAC.

CA’s coed varsity wrestling program continued to grow, with 24 athletes competing for the Green this winter! The grapplers posted an impressive 9-4 regular-season record. In the EIL championship meet at Portsmouth Abbey, CA secured a second-place finish, with five wrestlers finishing in the top two of their weight class. Four wrestlers went on to represent CA well at the NEPSAC championships in Hartford, Conn., this past weekend. 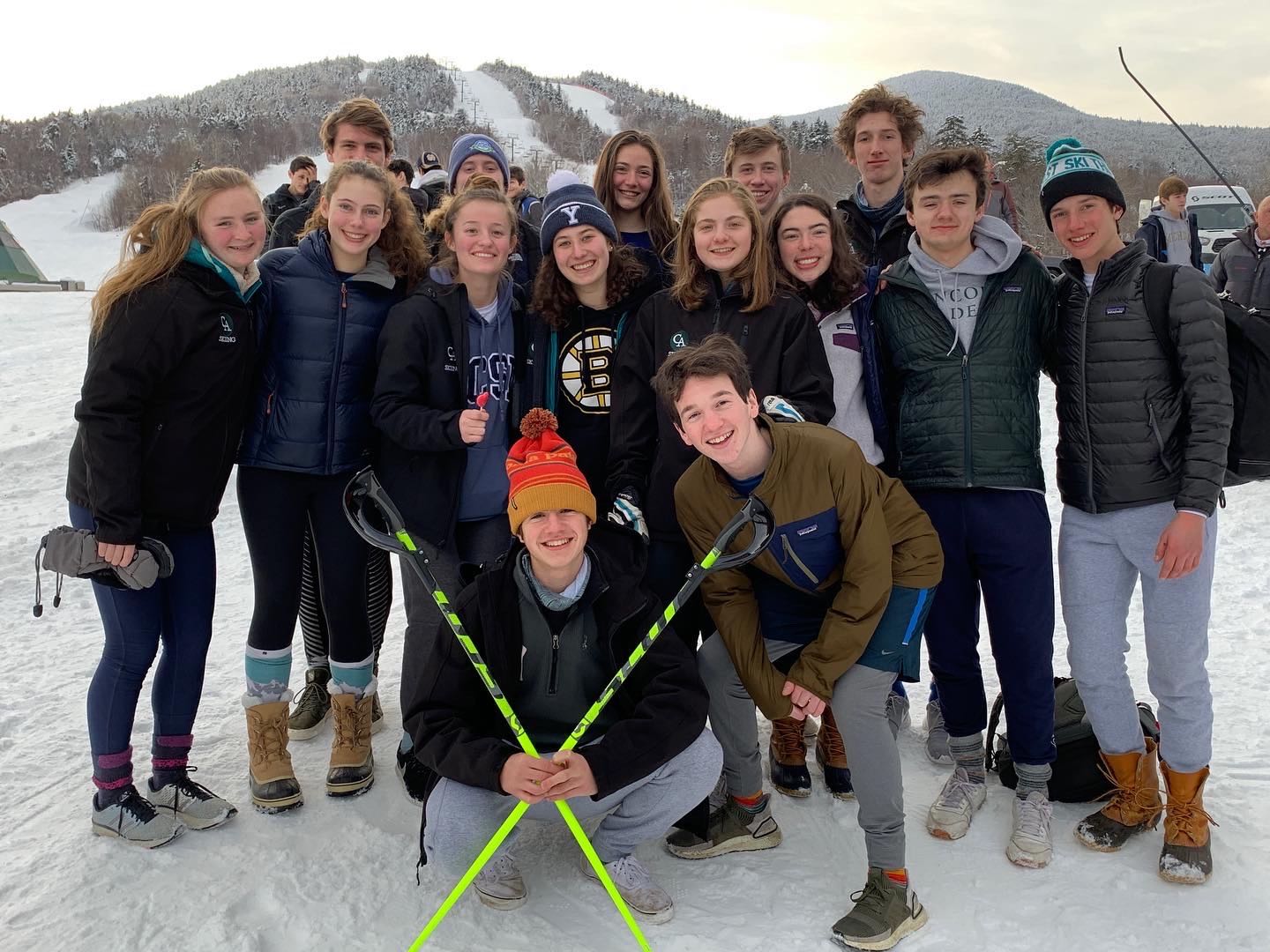