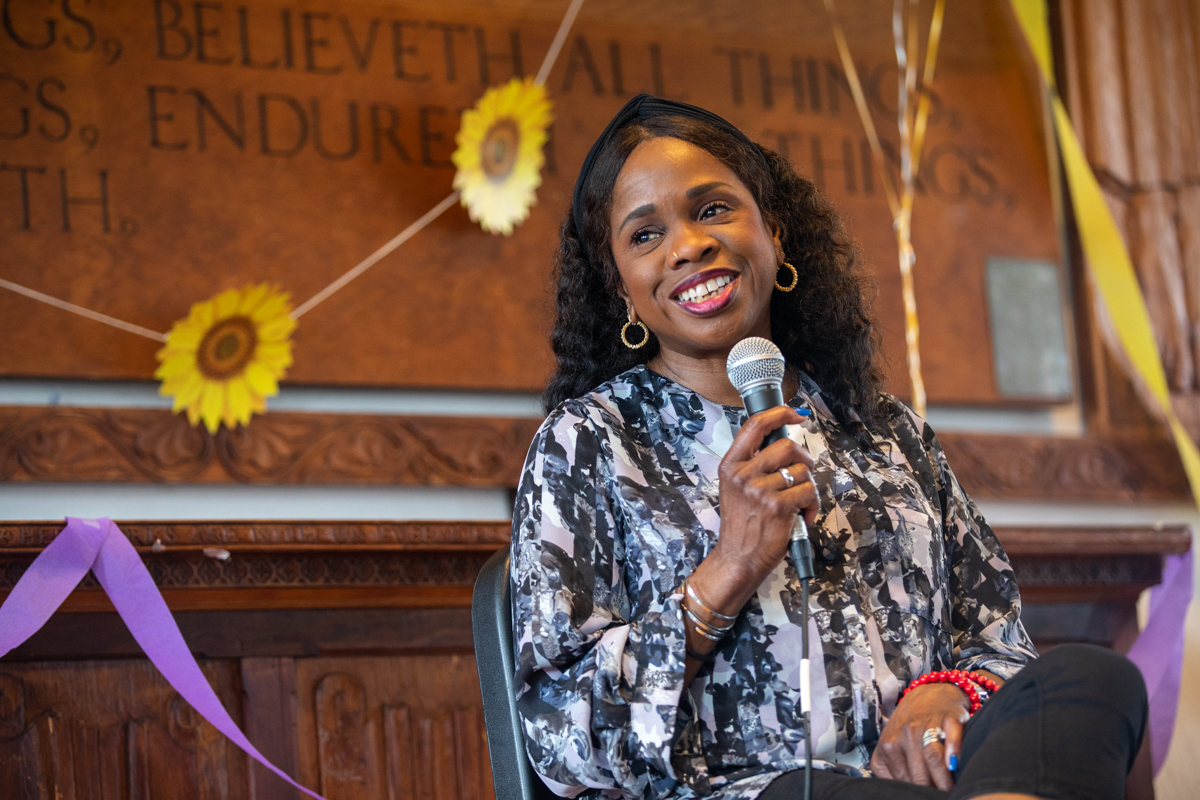 Asked what makes an artist great, Boston Ballet School teacher Andrea Renee Long-Naidu replied, “Being a human.” It’s the emotion—in art, music, dance—that compels her, she said: “The arts are the healing balm of the world.” She spoke with Concord Academy’s entire student body in the Elizabeth B. Hall Chapel on April 27 about her art form and her career as a professional dancer. CA dance program co-directors Rika Okamoto and Alex Brady moderated this artist talk, and the Q&A session gave students a chance to ask several questions. Afterward, she gave a master class in the dance studio.

Long-Naidu started dancing at age 7, after her mother saw an ad for Pennsylvania Ballet School auditions and encouraged her to give it a try. “I auditioned in jeans,” Long-Naidu told CA students, laughing. But she was accepted. “I knew right off the bat that I wanted to be a dancer,” she said.

At 14 she apprenticed with the Pennsylvania Ballet company before she decided to pursue a dance career in New York. On a full scholarship, she attended the School of American Ballet before being invited to join the New York City Ballet (NYCB), where for eight years she performed much of legendary choreographer George Balanchine’s repertoire.

In 1998, Long-Naidu made a life-changing, and personally affirming, move to the Dance Theatre of Harlem (DTH), founded in 1969 by Arthur Mitchell, who in 1955 made history as the first Black NYCB principal dancer. Long-Naidu described him as her mentor. Reflecting on her transition from a predominantly white space—at the NYCB, she was one of only two dancers of color in the company of 100—to a predominantly Black space, she said, “It was so empowering to be in a studio where everyone looked like me.” At DTH, she said, “I discovered who I was as a Black woman.”

A different approach to ballet stretched her artistically, too. At NYCB, Balanchine’s choreography didn’t focus on story. At DTH, plot was essential, and Long-Naidu learned to act. “I loved building characters,” she said, “and getting to be someone other than myself.” Her favorite stage experience, she recalled, was being “flown up” for her solo as the magical Firebird in the company’s African-inspired production of Firebird.

She shared frankly how the life of a ballet dancer is rigorous and difficult. “It has to be if you’re going to get anything out of it,” she said. For students interested in pursuing dance professionally, she advised being open to all styles rather than focusing on a narrow path. “Believe in yourself no matter what anyone tells you,” she said. “If you’re meant to do this, you’re going to do it.” 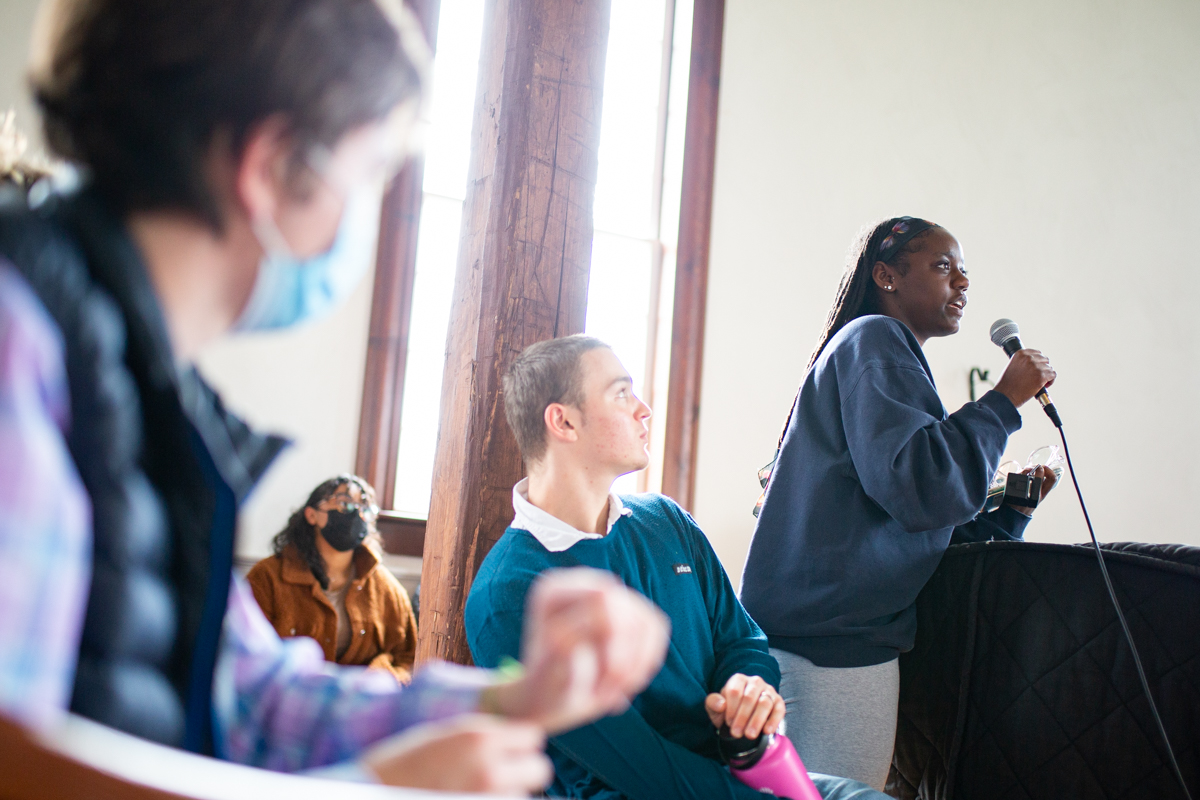 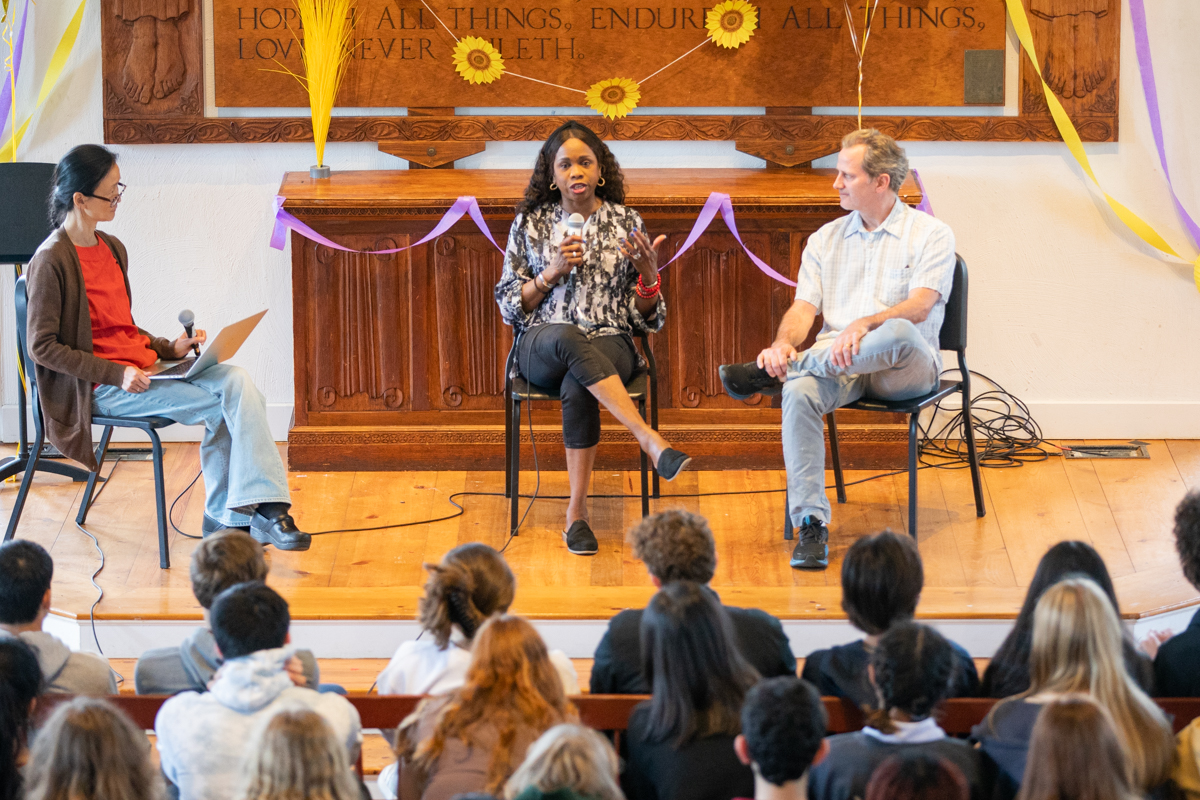 That’s not to say aspiring dancers shouldn’t expect obstacles, Long-Naidu made clear. She shared some of her struggles, including a year-and-half recovery process after tearing her anterior cruciate ligament (ACL). The injury led to her discovery of cross-training. “In finding out what I had to fix, why I got weak, I got stronger,” she said, “and I also found something new I loved.”

Her advice to her younger self—and advice she gives her students: “Kid, it ain’t all that serious. Breathe. Get grounded. You can prepare for the future, but you can only live now. Trust the process as life unfolds.”

Describing her “love-hate relationship” with dance and the dance world’s strictures over the years, Long-Naidu spoke about her frustration with the rigidity of classical ballet training when it extends to matters of hairstyle and uniform appearance, where traditional expectations can alienate young dancers of color. “You literally have to fall in line,” she said. “It’s like being a soldier.” In contrast, as a teacher, Long-Naidu loves to see her students express themselves.

“Unfortunately, the ballet world has a lot of reckoning to do,” she said. “It’s built on an old, old, old way of being.” For her part, Long-Naidu is careful about how she speaks to students, conscious not to contribute to body shaming. “If you’re really talented, if you’re a dancer who moves me, I don’t care what size you come in,” she said. And she takes her role as mentor seriously. She proudly announced that one of her former students will become the first African American to perform the title role in Giselle this weekend with the Washington Ballet.

“Representation matters,” Long-Naidu said. “That’s why I teach now.” She explained that she came of age before the movement for diversity in dance and had no models to look up to—Misty Copeland, became the first African American female principal dancer with the prestigious American Ballet Theatre in New York only in 2015. Long-Naidu advocated for change in the dance world, noting the need for training of teachers and active recruitment of Black and Brown dancers, and also for more diversity among people holding positions of power. “Women, people of color—we have to be at the table to make the change,” she said.

She also conveyed her faith in the rising generation of students. “Your generation will do it,” she said. “You’re the future of what this world will be.” 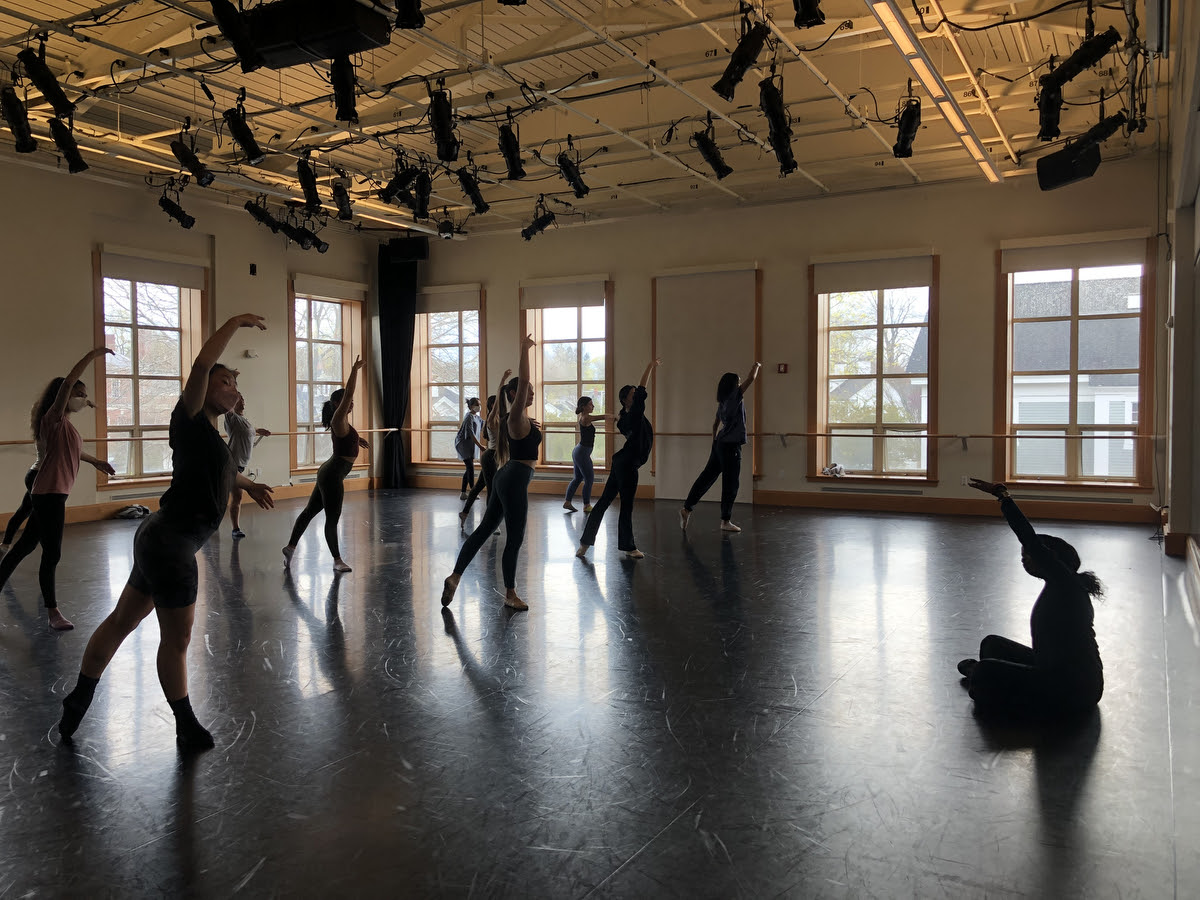 Andrea Renee Long-Naidu gives a master class for CA students in the dance studio after her talk. 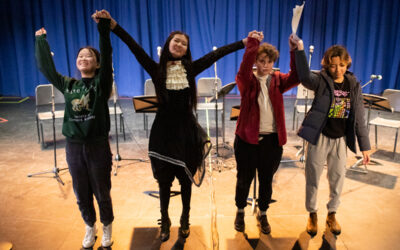