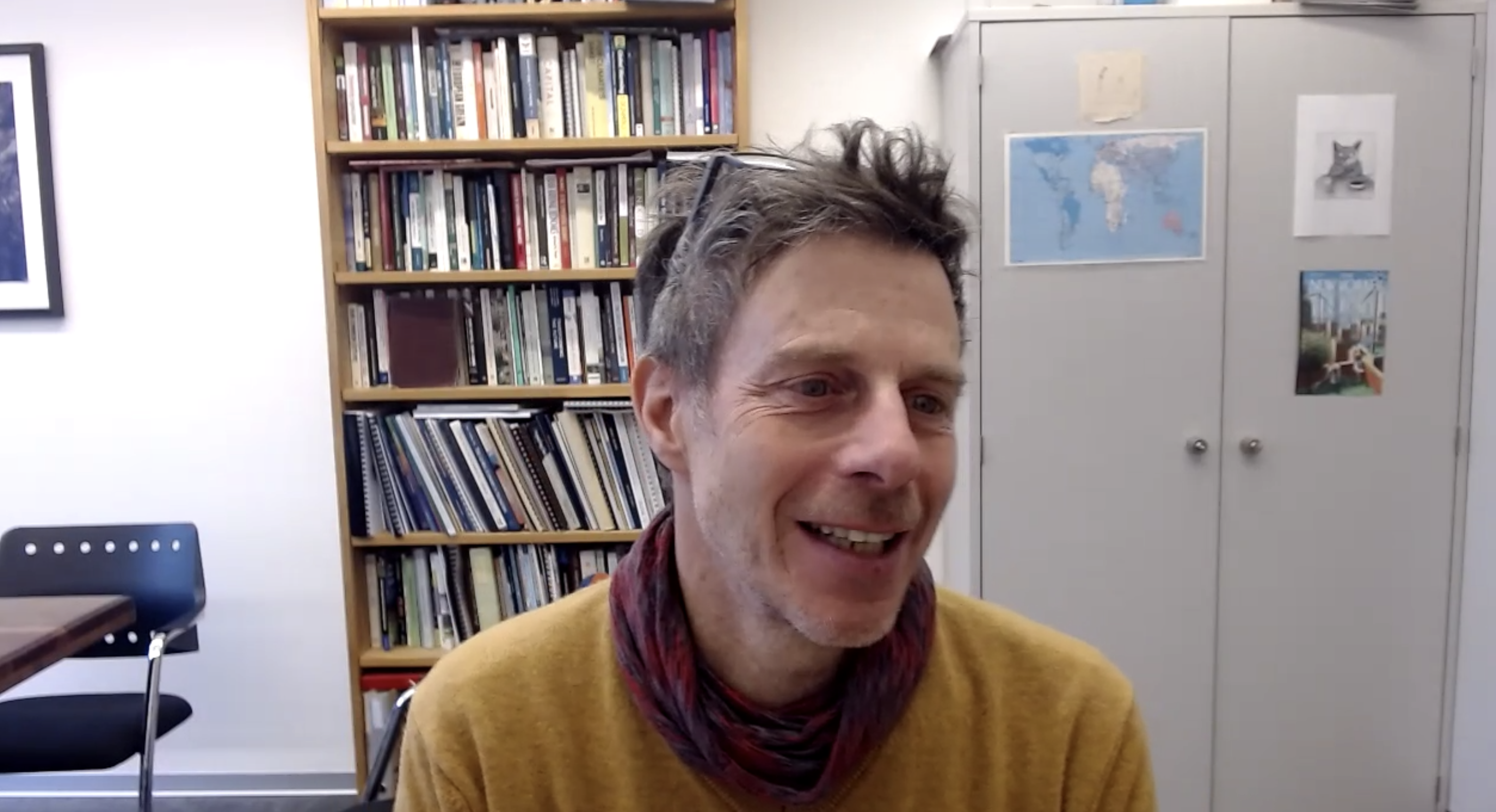 At a time when considering the climate crisis can all too easily overwhelm our sense of agency, climate policy expert Tony Patt ’83 offered CA students a fresh perspective. The third and final speaker of the 2022 Environmental Symposium series—an evening environmental science course offered each fall—Patt gave a virtual presentation from his office in Zurich. By charting the changes over the past several decades in economic theories about reducing greenhouse-gas emissions, and pointing to real progress in several areas, he delivered a message of hope and rapid progress.

Patt is a professor of climate policy and leader of the Climate Policy Lab at ETH Zurich, the Swiss Federal Institute of Technology. He also directs a master’s degree program in environmental systems and policy and is an author for the Intergovernmental Panel on Climate Change. He has lived in Europe since 2002, when he took a visiting fellowship at the Potsdam Institute for Climate Impact Research in Germany. Since moving to Switzerland in 2013, he has become active as a policy advisor to Swiss politicians, including the current minister of energy and the environment.

In speaking with CA students, Patt examined the effectiveness of various policy tools available to governments to influence societal behavior. He traced some significant shifts in thinking over several generations of economic models and evolving scientific climate models.

In 1994, as Patt detailed, Nobel-winning Yale economist William Nordhaus applied economic theory to determining the best policy instrument to stop emissions, a market equilibrium of supply and demand. Adjusting calculations to offset the costs of pollution, Nordhaus recommended new taxes on the theory that raising the price of carbon would make people consume less, and that in and of itself it would be a necessary and sufficient step for tackling global warming.

It turned out that the price of carbon remained too low for this approach to make a difference, even through programs such as the Regional Greenhouse Gas Initiative, in place in Massachusetts, with a similar approach in the European Union. Increasing taxes was also an impossible strategy for elected politicians to back.

After new scientific models projected more dire outcomes of unchecked emissions, the 2015 Paris Agreement, a global treaty to end emissions growth by the middle of the 21st century, garnered support worldwide. The desire, even from many developing countries, to abide by this accord and limit the effects of climate change, was present, but carbon taxes were still not coming close to putting the world on course to a net-zero target.

A different economic theory, from W. Brian Arthur, a Stanford economist, proposed an alternate understanding: that the more people adopt a new technology, the more valuable it becomes. Thus, the more green technology is built, the cheaper it gets. Patt demonstrated a widely observable S-shaped technology diffusion curve. “Either a new technology takes over the market or it dies,” he explained.

Patt went on to recount how Frank Geels, a professor from the Netherlands, examined previous technology transitions, such as from horses to cars, and identified several stages of technological spread: emergence, the period of invention; early adoption, when technology is expensive but worthwhile for a niche of users; diffusion, when it becomes cheaper and more widespread and new regulation is needed; and stabilization, when we can turn our attention to ensuring universal access.

Right now, green fuels and building materials, such as carbon-neutral steel and plastic, are in the emergence and early adoption stages, Patt explained. Solar and wind power and electric vehicles are in the diffusion stage. When Patt was working together with Geels on the Intergovernmental Panel on Climate Change, they focused on how to move markets from early adoption to diffusion stages—how to get enough people to invest in new technologies to enable network and learning effects to take place and lower prices.

His takeaway: We don’t need to adjust carbon prices. We have other instruments that are more effective policy tools, and “we’re starting to learn that we need different instruments” depending on which stage of adoption specific technologies are in. Worldwide, the most widely adopted environmental regulations are currently in the form of technology support; this approach is also making, by far, the biggest difference in reducing carbon-dioxide emissions.

“Investment patterns have completely turned around,” Patt says, and market change is happening rapidly. From 2011, when renewable energy provided only around 15% of new electric generating capacity, that figure has risen today to around 80%. Emissions are starting to head in the right direction, he said: “We have a success story, but it’s taking time before it shows up.”

Patt cautioned that the rising generation will have much work ahead to combat climate change, but he insisted that it’s no time for defeatism. “The story I want to tell is one that’s been made possible by changes in social science theory,” he said. “Where once it seemed impossible, now we’re really making progress and we have hope.”

Although it’s still too early to observe the results of this rapid tech transformation on greenhouse-gas reductions, across the world more and more governmental policies encouraging it are starting to bring emissions down, he said: “We’re seeing signs of change.” 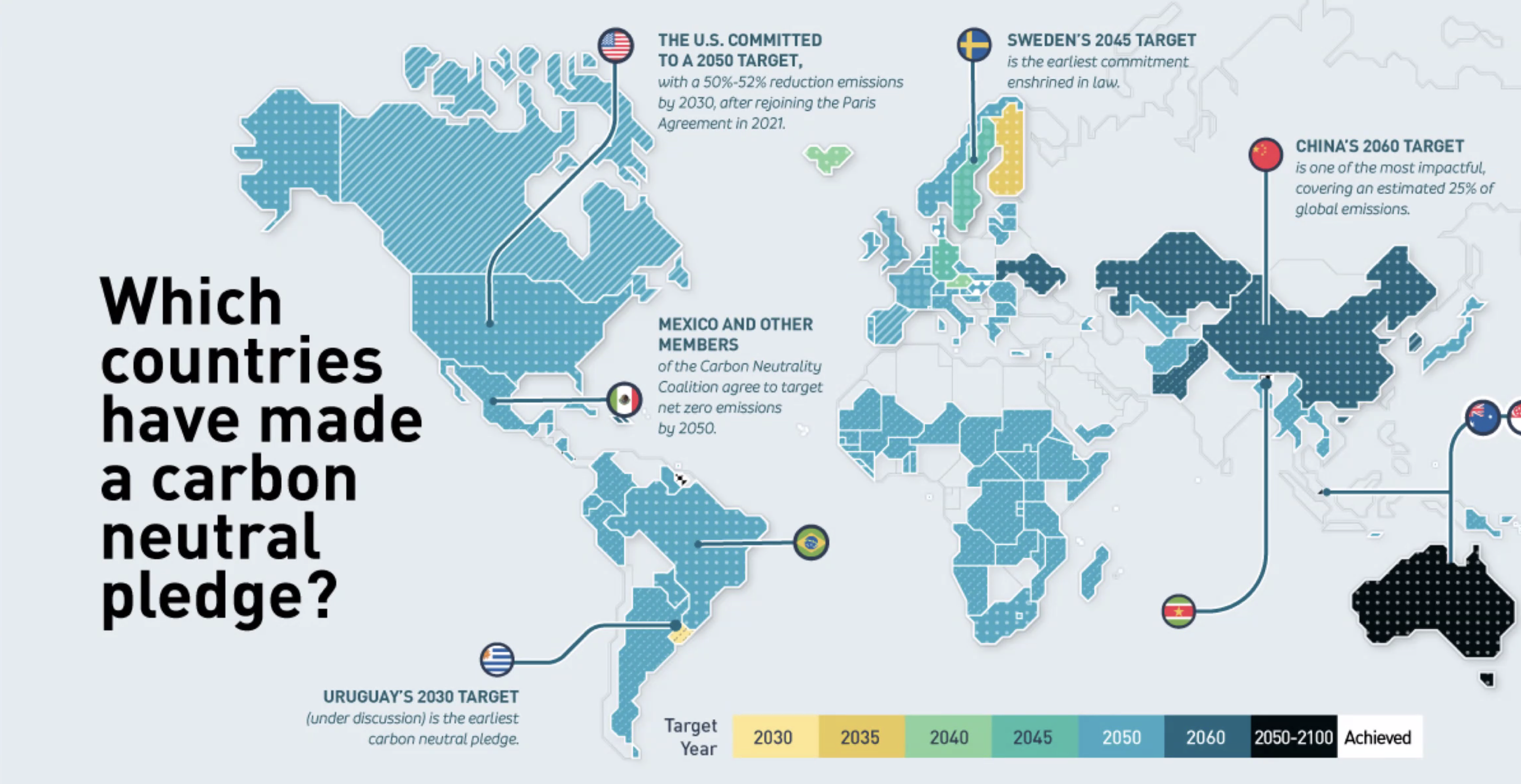